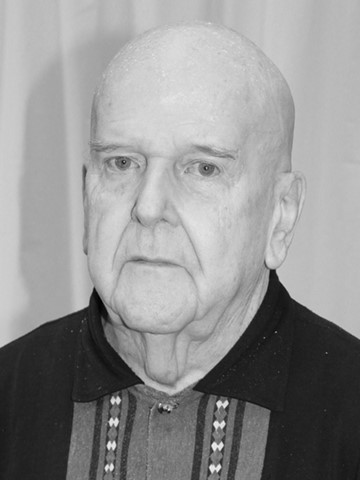 Brother Gordon M. Burns died on December 20, 2018 at Maryknoll, New York. He was 92 years old and a Maryknoll Brother for 66 years.

Gordon Murray Burns was born in Kingston, Ontario, Canada, on December 12, 1926, son of Francis James Burns and Dorothy Gladys Murray Burns. He had one brother, Stanley Burns, and three sisters: Sister Jean Burns, CND of Toronto, Ontario; Dorothy Saunders of Angus, Ontario and Doris Burns, all deceased. Gordon attended St. Mary’s Separate School in Kingston and graduated from the Kingston Collegiate and Vocational Institute with a diploma in carpentry. He worked for five years as an apprentice-journeyman carpenter before entering Maryknoll on September 27, 1950 at Maryknoll, New York. At the end of his Novitiate in Brookline, Massachusetts, he pronounced his First Oath of Obedience and took the religious name of Brother Jerome.

Brother Gordon renewed his language studies in Tokyo and went to the Philippines to study at the East Asia Pastoral Institute-Ateneo-Manila for theological and scriptural updating. He enjoyed it very much and in June 1974, he returned to new parochial work in Sacred Heart Parish in Tsu Mie-ken in the Kyoto Diocese. For thirteen years, his work consisted of teaching English to 5 and 6 year old children and some adults. In 1985, in connection with his home leave, he enjoyed the ten week Maryknoll Spiritual Renewal Program in the Holy Land. In 1987, Brother Gordon was assigned to the Holy Spirit Parish in Kyoto where he continued for four years the same apostolate as in Tsu.

In August 1991, at 65 years of age, Brother Gordon was enrolled in the Special Society Unit, residing at Maryknoll in Los Altos, California, and in February 2001, he became a member of the Retirement Community (now referred to as the Senior Missioner Community). In 2006, Brother Gordon left Los Altos and returned to Maryknoll, New York and resided at the Maryknoll Society Center.

A Rosary and wake service was held at 4:00 p.m. on January 2, 2019 in the Holy Spirit Chapel in the Maryknoll Society Center. Brother Burns’ remains were transferred to the Lady Chapel on January 3,, 2019 at 9:30 a.m. Prayers were offered in the Lady Chapel until 10:45 a.m. and the biography was read by Brother Kevin Dargan. Mass of Christian Burial was concelebrated in Queen of Apostles Chapel at 11:00 a.m. Father Emile Dumas was Principal Celebrant and homilist. According to Brother Gordon’s wishes, he was cremated and his cremains were placed in the Columbarium at Maryknoll, New York.