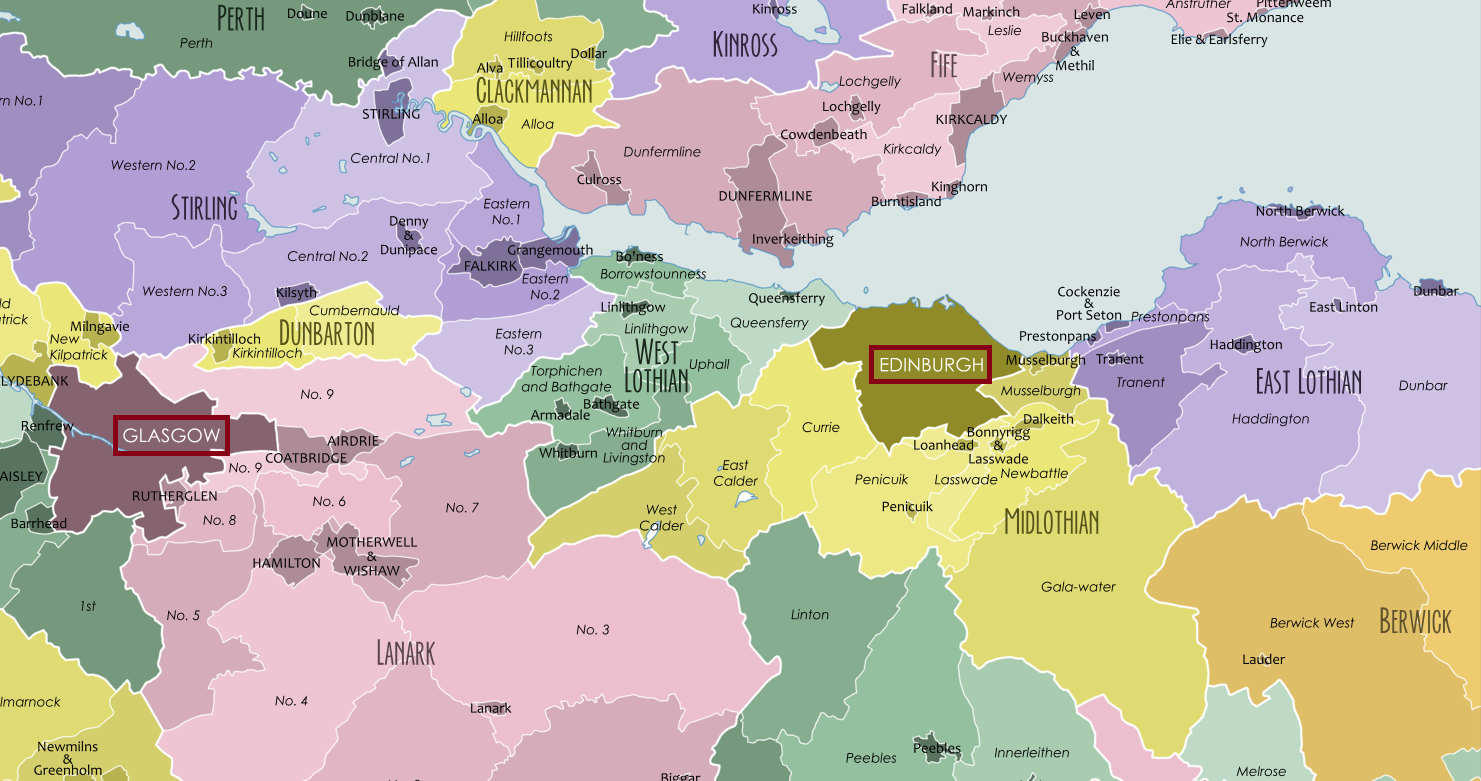 My name is Meagan Cairns, and I am the newest archivist at the Maryknoll Mission Archives. Before joining Maryknoll, I worked as a librarian and professional genealogist. Assisting researchers in recovering and discovering lost family history is still my favorite part of my work. There’s something magical about reconnecting people with their past (and sometimes present) relatives. People trust genealogists with private details about their family’s lives and, in return, we get to share in their joy of discovery, grieving for loved-ones who have passed on, and healing generational wounds. It’s an intimate experience that continually reaffirms our connections to one another and our shared humanity.

When I began working here, I believed I was the first person in my family connected to Maryknoll. A moment of curiosity proved me wrong. I stumbled across the biography of Father Robert J. Cairns and gained a cousin. You can read Fr. Cairns’ biography on our website here: https://maryknollmissionarchives.org/deceased-fathers-bro/father-robert-j-cairns-mm/.

For the record, I have not yet discovered where our lineage converges in the family tree. So how do I know we’re related? The research suggests that our family trees connect in Midlothian County, Scotland.

The Cairns surname is not very popular which is extraordinarily helpful when trying to conduct family research! With the exception of people who marry into the family, or adopt the surname (which is rare), all members of the Cairns Clan can trace their heritage back to the Midlothian and West Lothian counties of Scotland (Wikimedia Foundation, 2021). Conveniently located near Edinburgh and Glasgow, many clan members still live in these cities today.

Once I established that Fr. Cairns and I are most certainly descended from the same place, I wanted to know more about my distant cousin. What was his particular life story? Here’s what I learned.

Robert John Cairns was born in Glasgow, Scotland, on August 21, 1884 to Robert and Janet (Allison) Cairns. He was one of eight siblings, all with historically Scotch/English names; Janet, James, Archie, Robert, Thomas, Marion, George, and Margaret. Records indicate the Cairns family decided to immigrate not long after their son Robert’s birth. Like many U.S. immigrants during the 1800’s, Robert Cairns immigrated first to secure employment and housing before sending for his wife and children. Janet and four children, including one year old Robert J., arrived in the U.S. through the port of Boston, MA. The family settled in Worchester, MA, where the four youngest children were born.

Robert and his siblings attended St. John’s Parochial School and St. John’s High School. Unfortunately, the Cairns Clan has never been a wealthy one. Feeding, clothing, and educating eight growing children became increasingly challenging. After completing his freshman year of high school, Robert was required to take on a full-time job to help support the family. Robert was devastated. Even at a young age, he dreamed of enrolling in college and becoming a priest.

Leaving high school was sadly not an uncommon occurrence in their neighborhood. Many teenagers worked during the day and took classes at a local night school in hopes of bettering their situation. With assistance from a neighboring teen, Robert was able to enroll in night school as well and continue his education. Robert never allowed this setback to deter him and, over time, he achieved his educational goals. He enrolled at Holy Cross College in Worcester, was accepted into St. Mary’s Seminary in Baltimore, and eventually joined Maryknoll. 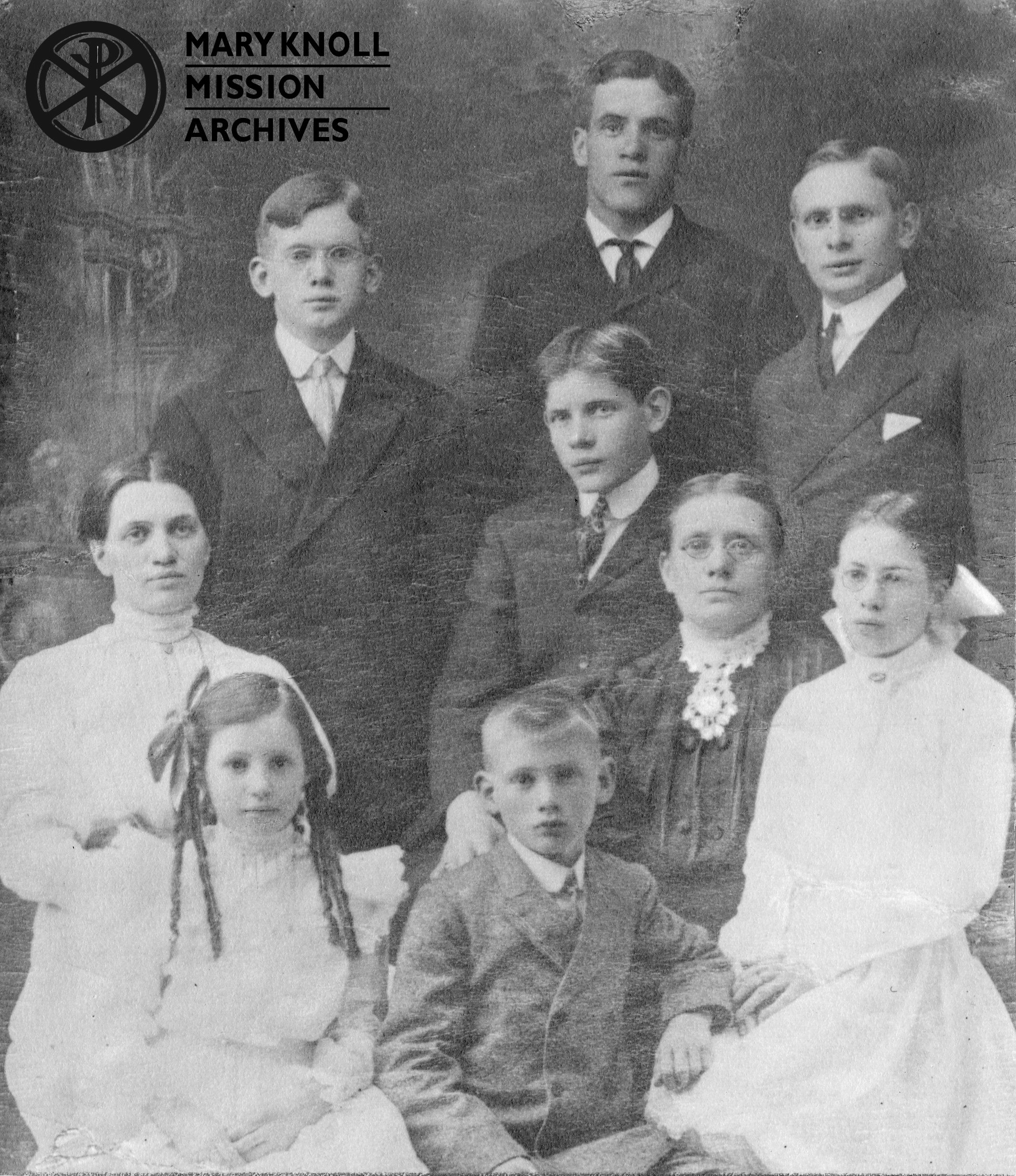 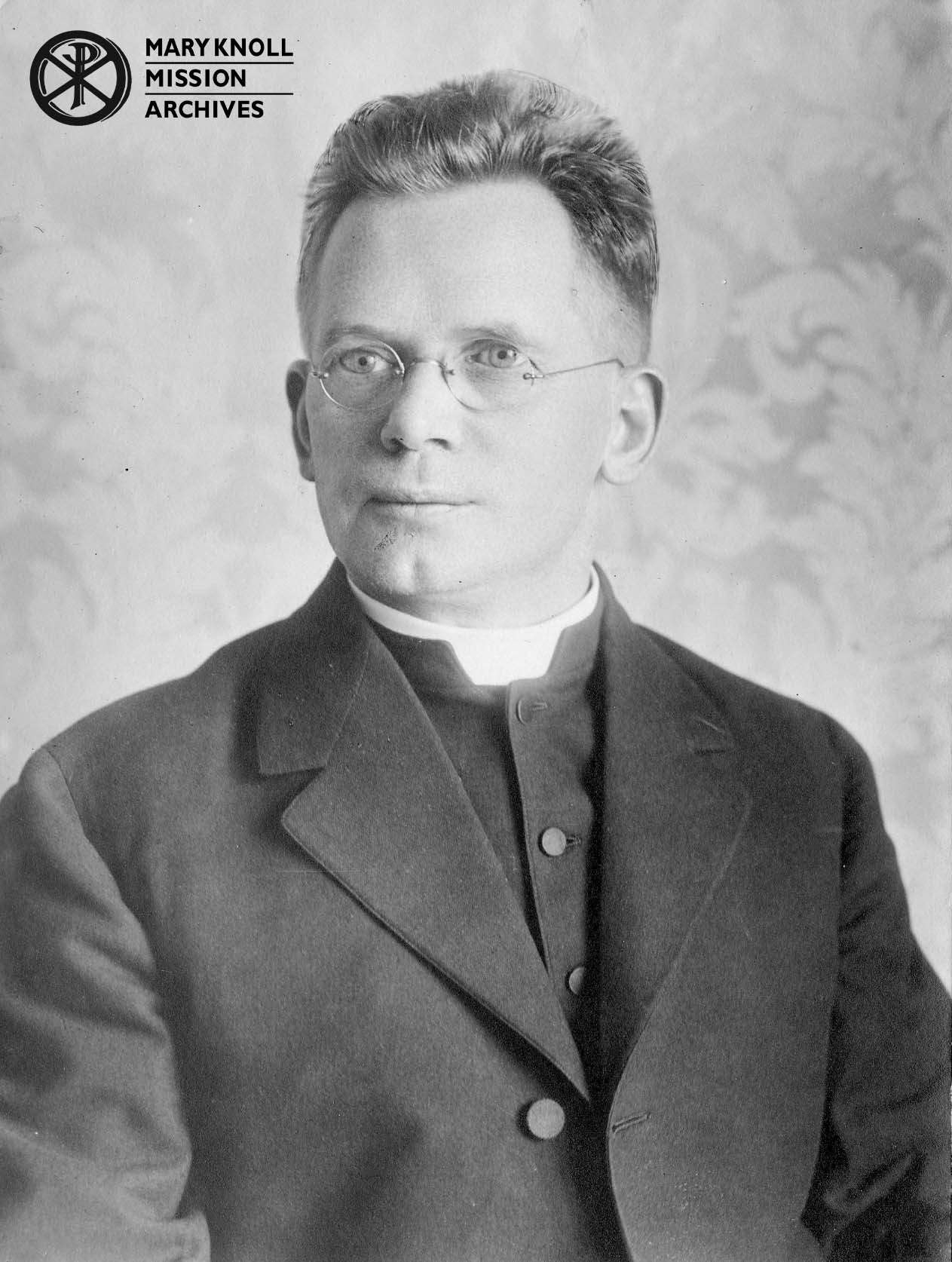 Please remember that physical indicators are not enough proof by themselves! Family history research is still needed to prove any familial claim. 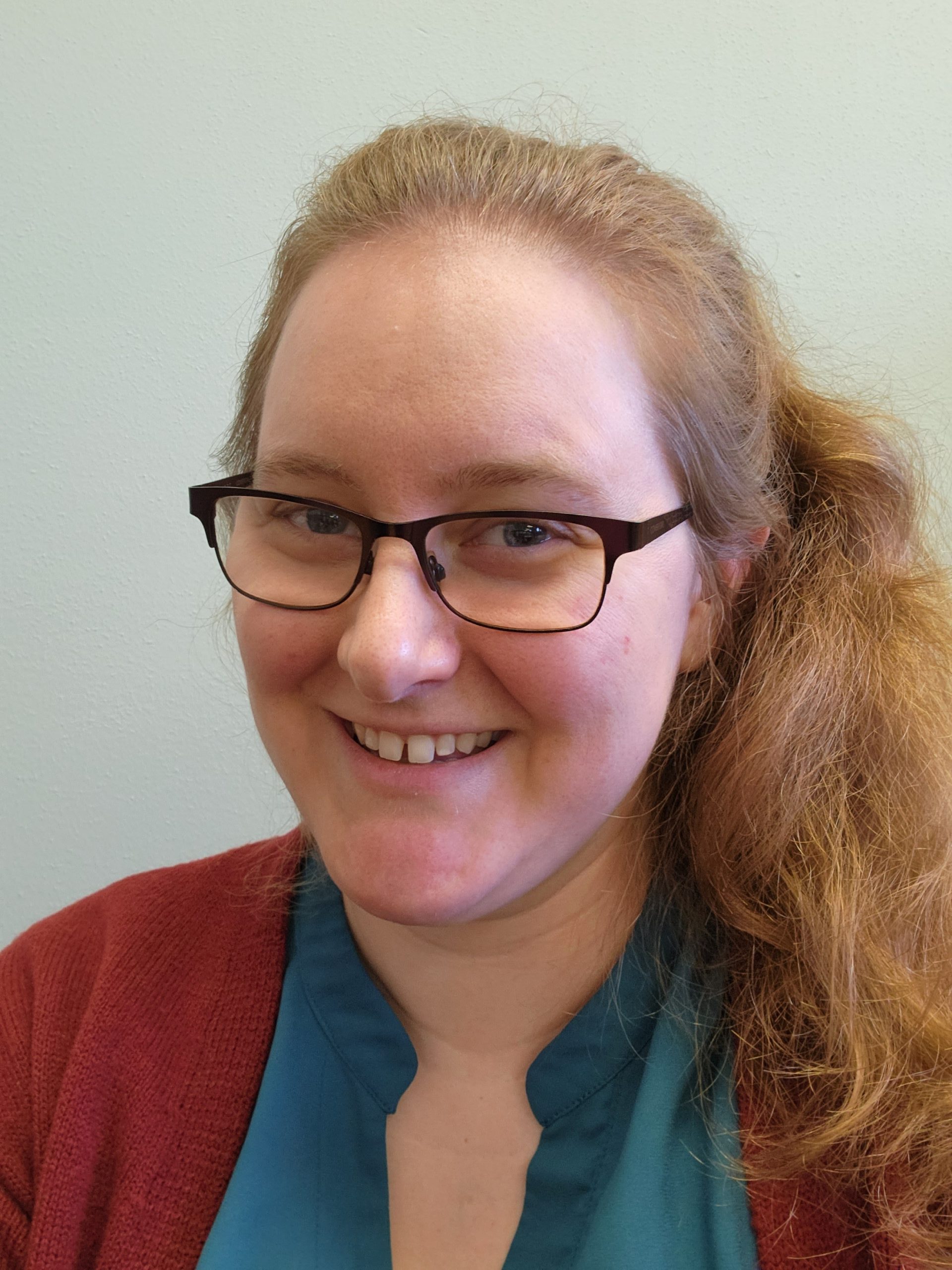 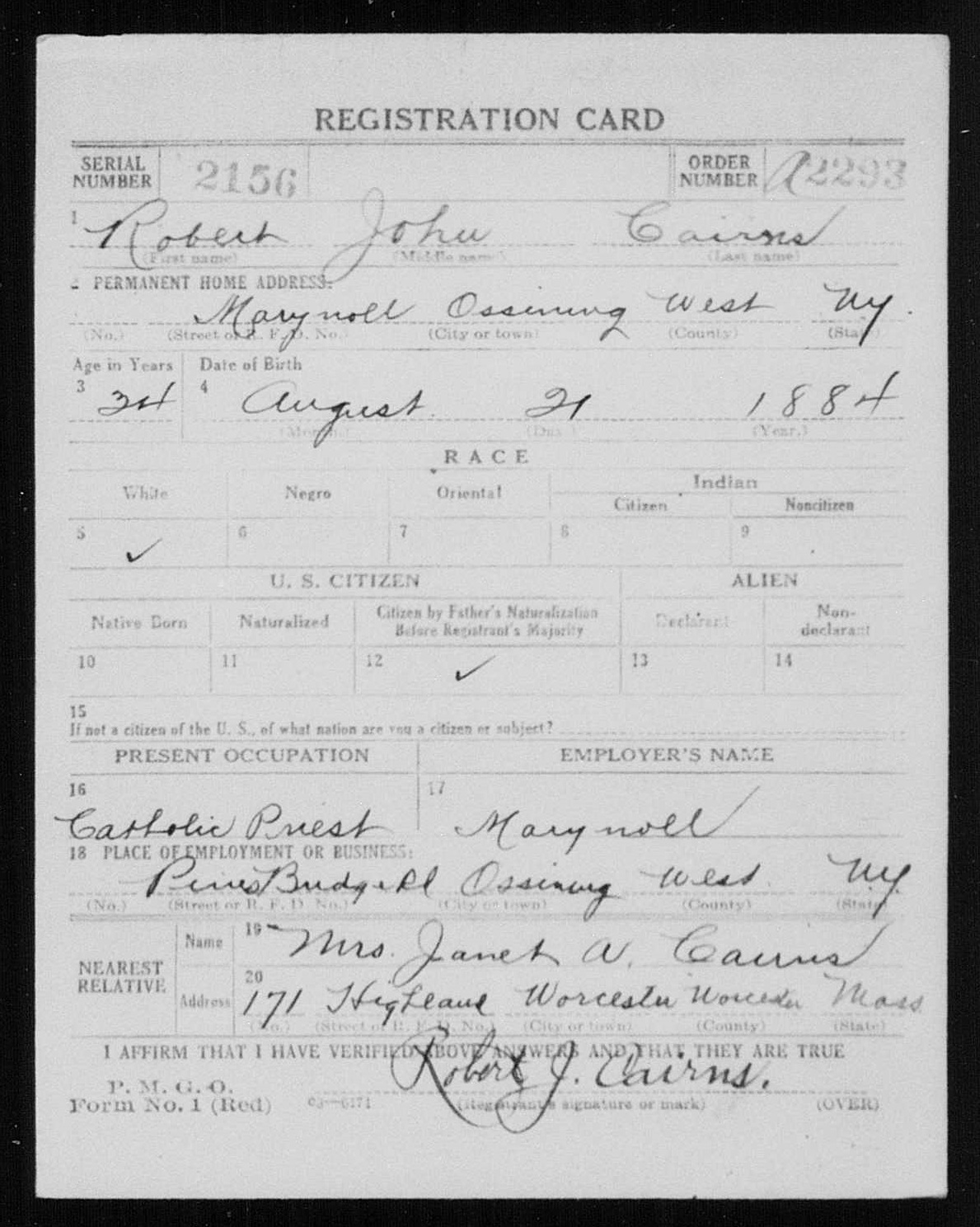 You can learn more about the Selective Service Act of 1917 by clicking here!

It wasn’t long before Fr. Cairns received his first overseas assignment in Yeungkong, China. Around the same time, his mother Janet and several of her adult children moved from Worchester, MA to San Diego, CA. Imagine learning by letter that your childhood home had been sold, and your family had moved to the other side of the country… while you were in China! Fr. Cairns seems to have taken it in stride, however. It was understood at the time that Missioners might never see their homes again. The rare occasions when he returned home during his life would have been celebratory events for his family. Fr. Cairns spent roughly 20 years missioned in China.

Fr. “Sandy” to his parishioners and “Bobbie” to his friends, Fr. Cairns was known best for his “cheerful, optimistic perseverance”. Learning Catonese was a challenge for him at 36, but he persisted in his studies. He steadily improved his communication skills through determination and dedication. According to several accounts, Fr. Cairns carried his language books with him wherever he went so he could practice in his spare time. He was frequently seen studying late into the night. Fr. Cairns continued his education independently until the end of his life.

His other faithful traveling companion was his mandolin. Fr. Sandy would play at the slightest provocation, to the joy of his latest captive audience. With his mandolin, cheerful demeanor, and good humor at hand, he could make friends anywhere he went. The only thing he loved more than sharing joy with others was sharing a good meal. Despite walking several miles a day to visit parishioners, Fr. Cairns continued to gain weight throughout his time in China. Having experienced poverty and hunger during his own childhood, it makes sense that he never turned down a meal and was always grateful for the generosity of others. 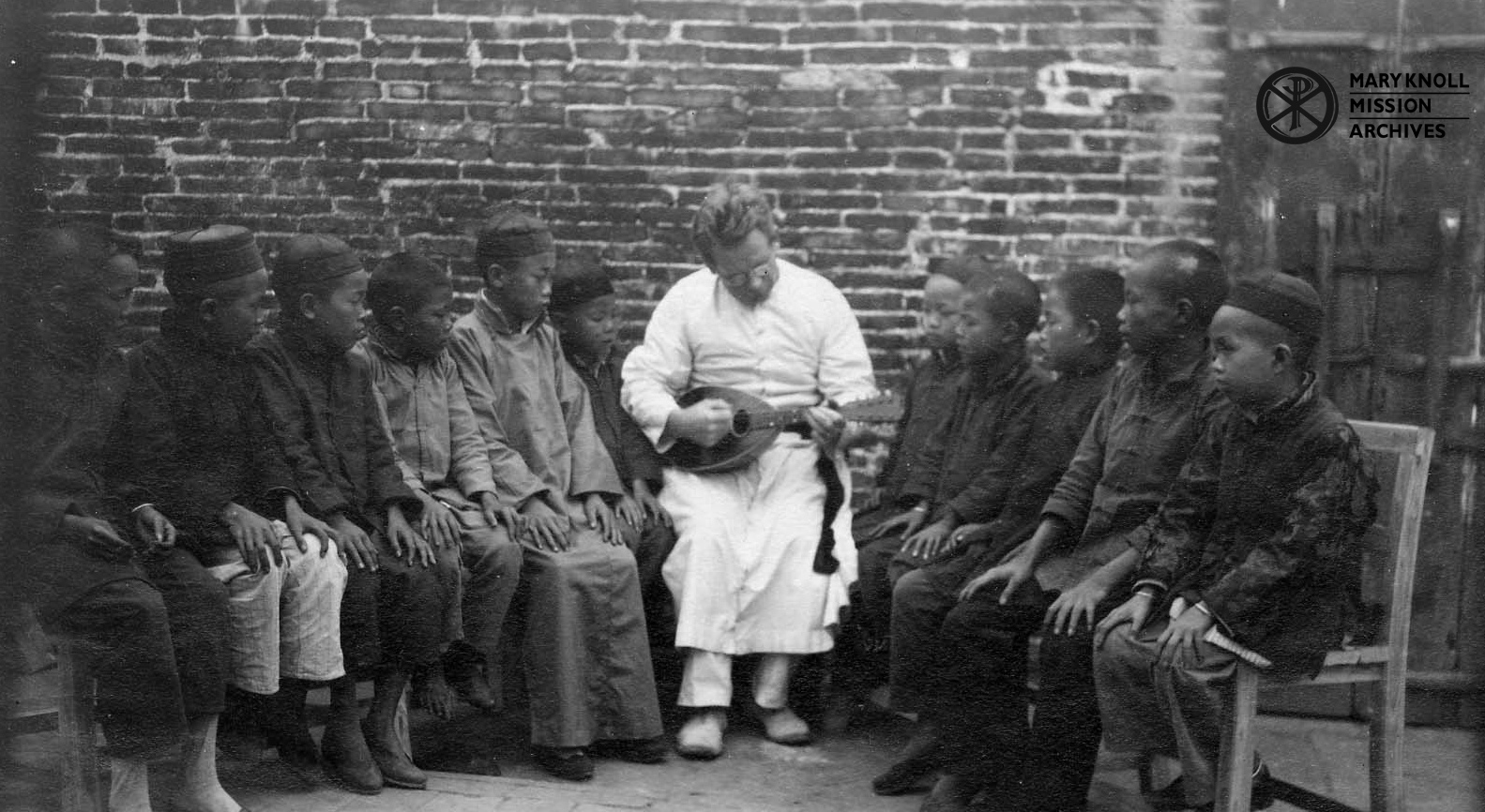 Fr. Cairns and his beloved mandolin perform for an audience, circa 1920. 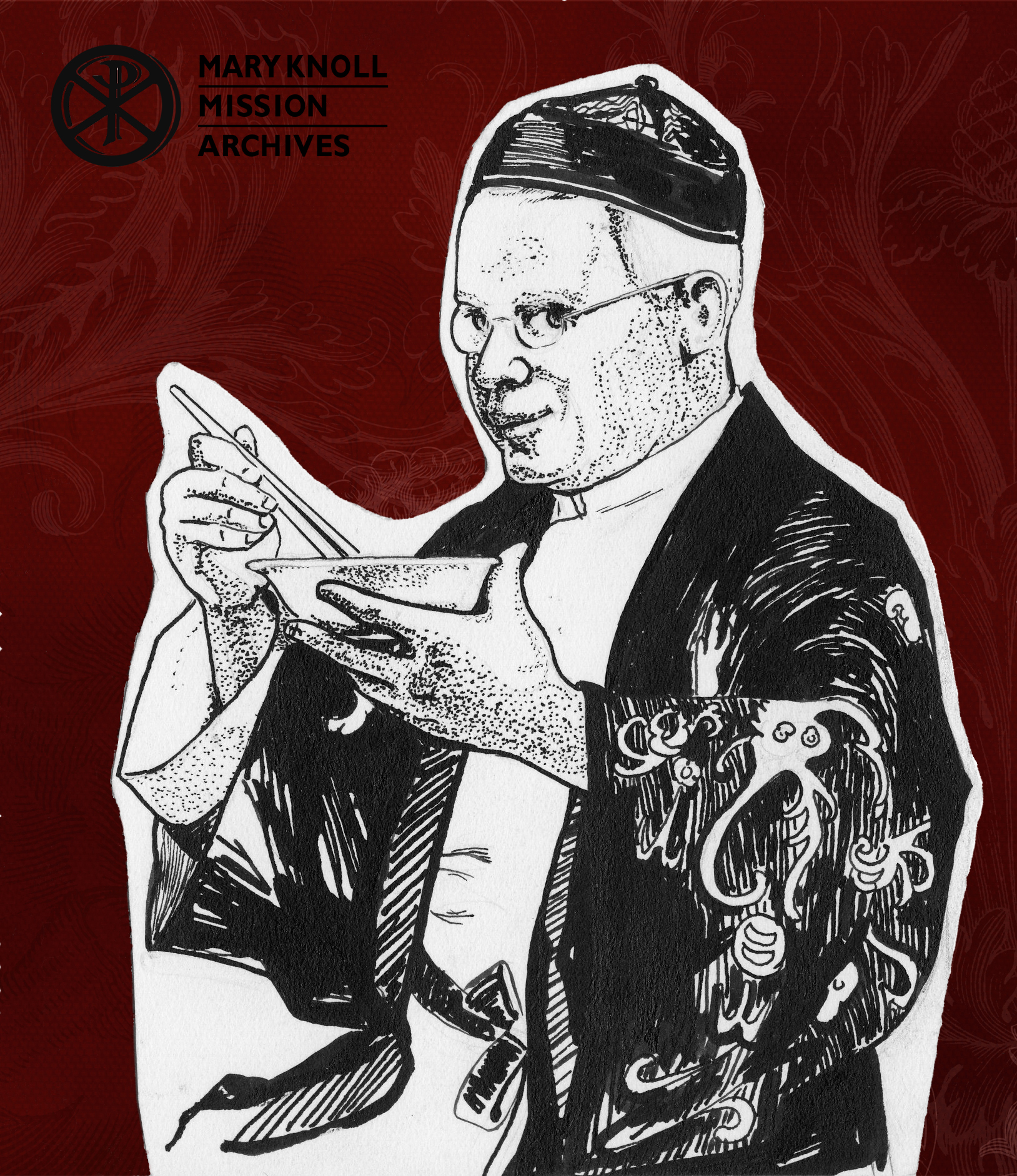 Artist unknown. Fr. Sandy Cairns. n.d., Pen and black ink. This work was arguably inspired by a similiar photograph in our collection. Unlike the photo, Fr. Sandy is focusing on the viewer rather than his food.

Excerpt from a letter to Fr. Robert J. Cairns

“May God continue to strengthen you in your work. You are sowing seed whose fruit may be gathered by others, but your reward will be none the less great – probably greater – for lack of the sensible encouragement which others may have.” 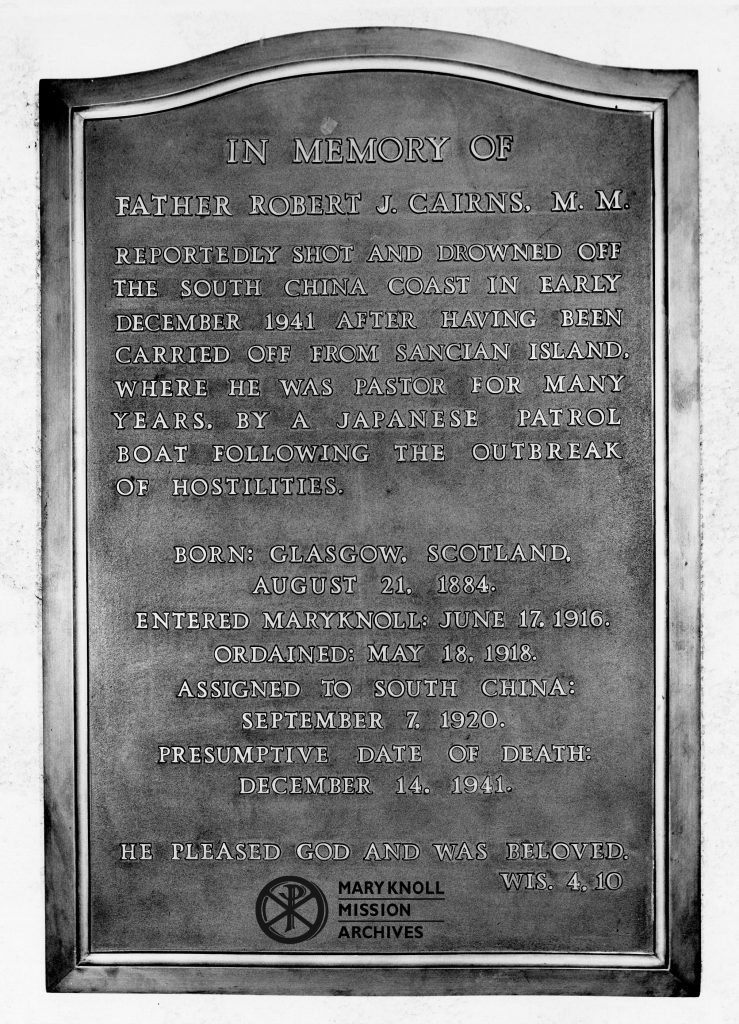 In the end, his desire to serve others was his greatest achievement and the culmination of his life. Fr. Cairns refused to leave his parishioners on Sheungwan Island when Japanese soldiers invaded on December 8, 1941. On December 14, soldiers returned to the island and forced him onto a boat. Being a priest may have saved his life during World War I, but it led to his martyrdom during World War II.

It hurts to imagine his mother and siblings waiting and hoping for news, only to be told that no one knew his location. Maryknollers prayed that he had been placed in an internment camp in Canton, but they received news that he had never been seen there. His body was never recovered. The little evidence we have suggests that he was murdered and left to the sea shortly after his kidnapping.

Fr. Cairns’ martyrdom is a crucial piece in his life’s story, but I don’t want him to be memorialized for his suffering. I want him to be remembered for how he lived his life; his compassion and empathy for others, his passion for education, and his bravery in the face of danger define him more accurately than a single moment in death. He was the kind of man who dropped everything and volunteered at Canton refugee camps in 1940, knowing that disease was spreading rapidly throughout the area. He was not satisfied to have his own education; he wanted to share his good fortune with others. While in Fachow, he rented a vacant temple and established a school for local children. Fr. Sandy was a jovial person, but deeply serious about his calling to aid the poor and improve the communities he lived in. I’m proud to know that Fr. Sandy is part of my extended Cairns family. 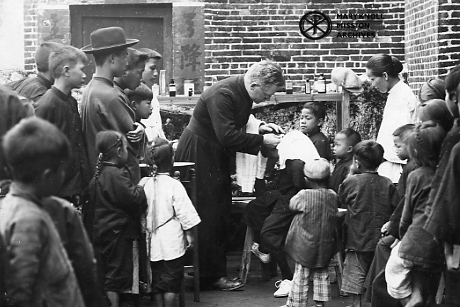 Do you have a relative associated with Maryknoll? Their records might also be in the Mission Archives. We would love to help you reconnect with your family’s history. You can contact the Archives at: 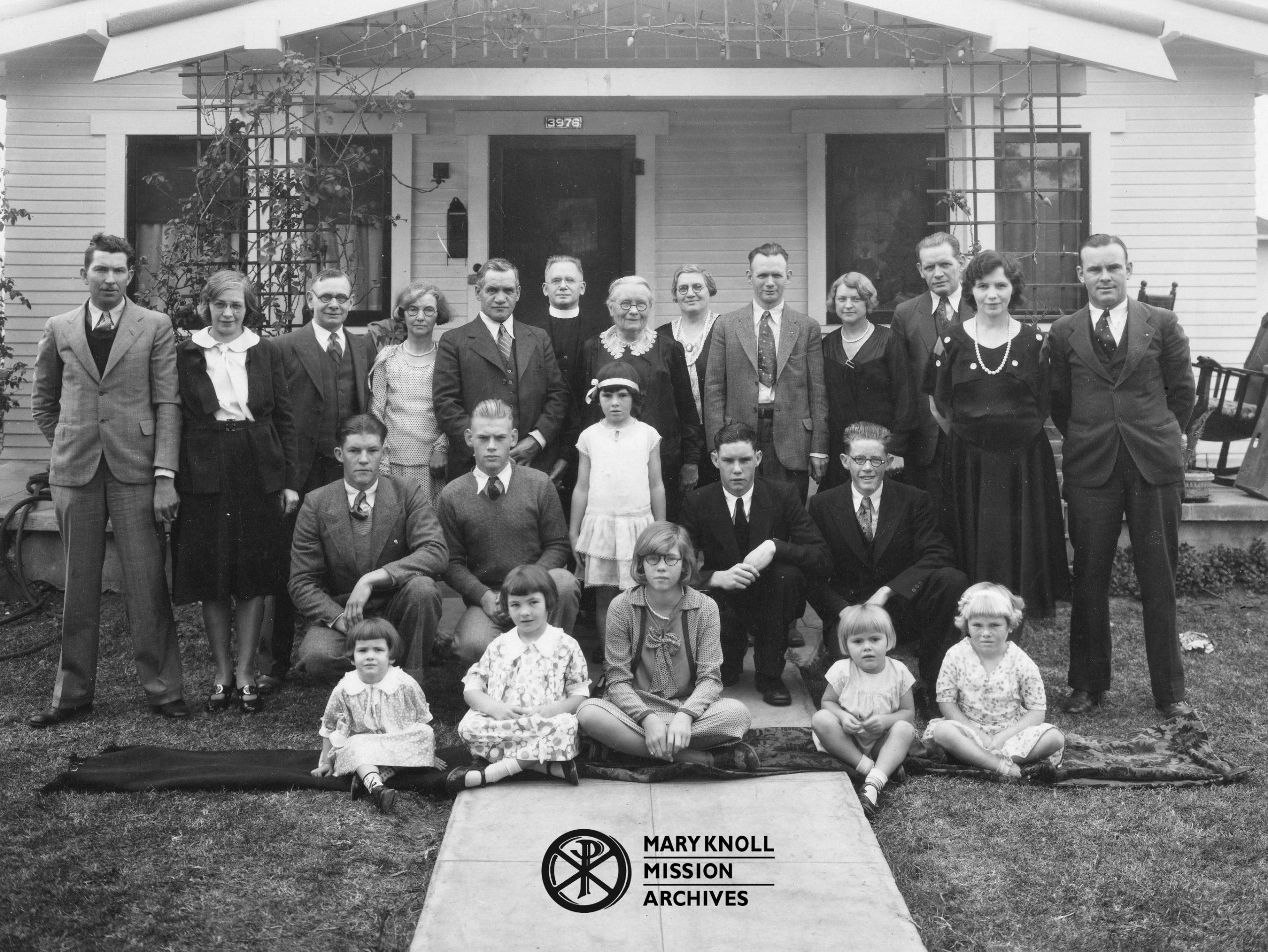