Father Thomas Frederick Price, Co-Founder of the Catholic Foreign Mission Society of America, was born on August 19, 1860, in Wilmington, North Carolina. He was the eighth child of Alfred and Clarissa Bond Price. His parents were converts to the Catholic faith, and he was raised as a devout Catholic in the midst of Southern antipathy toward Catholicism.

As a youth, Thomas had close contact with the priests of his parish (St. Thomas, Wilmington, North Carolina). One priest who figured prominently in his early life was Bishop James Gibbons, newly appointed first Vicar Apostolic of North Carolina. Bishop Gibbons established his headquarters at St. Thomas Church and soon began to show an interest in Thomas, who often served Mass for Bishop Gibbons and accompanied him on special trips throughout the Vicariate.

With his religious background, especially the deep devotion of his mother to the Blessed Virgin, Thomas soon felt an attraction to the priesthood. He confided his interest to the parish priest, Fr. Mark Gross, and arrangements were made for him to enter St. Charles Seminary at Catonsville, Maryland, in August, 1876. On route to the seminary by ship, Thomas escaped death in the shipwreck of the Rebecca Clyde. He attributed his survival to the intercession of the Blessed Virgin Mary. After the accident, he returned home until January 1877. 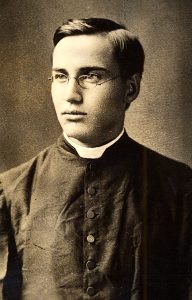 Thomas attended St. Charles Seminary from January 1877, until his commencement on June 28, 1881. In September 1881, he entered St. Mary’s Seminary, Baltimore. He was ordained to the priesthood on June 20, 1886, by Bishop Northrup at the pro-cathedral in Wilmington, North Carolina. Fr. Price was the first North Carolinian to be ordained to the priesthood, and he was assigned to missionary work in the eastern section of his native state.

Within one year after his ordination, Fr. Price was appointed pastor of the few Catholics in and around the towns of Asheville and Bern, North Carolina. After the first few years of priesthood, he obtained permission from Bishop Haid, his ordinary, to begin a statewide evangelization program. His methods were influenced by Fr. Eliott, a famous Paulist preacher.

One of Fr. Price’s tools for evangelization was the magazine, Truth, which he began to publish and edit in April 1897. The magazine was “intended principally for circulation amongst non-Catholics… to hold up to our readers a true and faithful picture of the Catholic Church.” Additionally, for Catholics in the state, Truth aimed to “furnish a means of keeping informed about the Church,” and to be “a means of useful instruction in piety and the proper fulfilling of religious duties.”

A second tool was the establishment of Nazareth Orphanage in 1898. Fr. Price’s plan was to first help the underprivileged of an area and thereby win the favor of the general population who would then be more inclined to listen to the message of the missionary.

Following the success of the Nazareth Orphanage, Fr. Price organized summer catechizing teams of seminarians. Finally, in 1902, he opened his missionary training house at Nazareth. It was a preparatory seminary whose sole purpose was the education and formation of missionaries for the home missions. It was called Regina Apostolorum. From 1902 to 1909, Fr. Price directed the Regina Apostolorum and acted as its primary teacher and spiritual director. 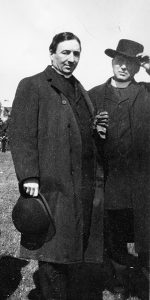 As time went on, Fr. Price began to emphasize more and more often in the pages of Truth the need of a seminary for the training of young American men for the foreign missions. At the same time, Fr. James Anthony Walsh, of Boston, was developing the same idea in the pages of The Field Afar. At the Eucharistic Congress in Montreal in 1910, the two priests met and began to formulate plans for the establishment of a seminary for foreign missionaries. With the approval of the American hierarchy, the two priests traveled to Rome in June 1911, to receive final approval from Pope Pius X for their project.

After meeting with the Holy Father, Fr. Price traveled to Lourdes for the first time. During his stay at Lourdes, Price had a spiritual experience that was to significantly affect all of his future life. From this experience, a special devotion to Our Lady of Lourdes and Bernadette Soubirous began that would continue throughout the rest of his life.

After returning to the United States, Fr. Price, together with Fr. Walsh, began planning for the establishment of the new seminary and foreign mission society. During a brief stay at Hawthorne, New York, property was purchased in Ossining, New York, for the site of the new society: the Catholic Foreign Mission Society of America (popularly known as Maryknoll Fathers & Brothers).

Fr. Price made an around-the-country tour of America to gain support for the new endeavor and by 1918, three young priests (Frs. James E. Walsh, Francis X. Ford, and Bernard F. Meyer) were ready for the foreign missions in China. On September 7, Fr. Price went with them as superior to the new missions. From the time of the foundation of Maryknoll, he had understood that Fr. Walsh was the one capable of administering and directing the seminary itself. Fr. Price himself had always hoped to be chosen as one of Maryknoll’s first missioners, and his dream was realized. 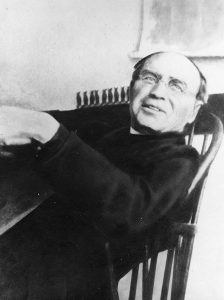 Because of his age, Fr. Price had great difficulty learning the Chinese language. However, difficulty with “the language did not keep him from getting very definitely into mission work and laying plans for the future apostolate of Maryknoll in this first mission district… He had been sent to the distant mission primarily as a guide and counselor, and he was that and much more.” Fr. Price also suffered from physical ailments and became ill in the field afar. On September 12, 1919, he died in Hong Kong. On September 15, 1919, the Bishop of Hong Kong had a Solemn Requiem Mass for Fr. Price at the Cathedral. His remains were interred for a time in Happy Valley Cemetery in Hong Kong. However, some time after the death of Bishop James A. Walsh in 1936, his body was exhumed and transferred to the cemetery at Maryknoll, New York so that Maryknollers might have their two founders resting side by side as an inspiration and reminder of the beginnings of Maryknoll. In 1955, his remains, together with those of Bishop James A. Walsh, were finally interred in the crypt below the Maryknoll Seminary Chapel.

Information on the Cause for Canonization of Fr. Thomas Frederick Price