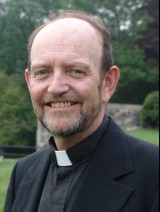 Father Dennis W. Cleary died on September 24, 2021 at the Beechwood Continuing Care Facility in Getzville, New York (a suburb of Buffalo).  He was 73 years old and a Maryknoll priest for 44 years.

Dennis William Cleary was born in Buffalo, New York on August 11, 1948. He attended Holy Name of Jesus Grammar School and after graduating from Bishop Turner High School in Buffalo, he attended the Buffalo Diocesan Preparation Seminary. After two years, he transferred to St. John Vianney Seminary, where he obtained a B.A. degree in Philosophy. He also had one year of Theology in the graduate program at St. John Vianney Seminary before being accepted by Maryknoll. He entered the Maryknoll Novitiate in Hingham, Massachusetts in September 1972. As a seminarian, his overseas training program was completed in Venezuela. In 1977, he earned his M.Div. and M.A. in Theology, prior to ordination.

Father Cleary was ordained on May 21, 1977 by Bishop James E. Walsh, M.M. He was assigned to Venezuela to work in the Parish of the Resurrection in Caracas. In 1978, Father moved to Barinas and worked as the Coordinator of the Barinas Pastoral Team. Living among the poor in barrios in the area of Barinas, Father Cleary showed an early interest in communications projects. He created a popular education program called Channel Zero (SET-VIDEO), which included training, filming, editing and disseminating news among three barrios. He also launched a production studio in Caracas that prepared documentaries and barrio forums aimed at motivating faith-based Christian communities to identify and resolve challenges within those communities.

After leaving Venezuela and a Sabbatical at the University of Notre Dame, Father Cleary was assigned to the United States Mission Promotion Department, working first in the Houston, Texas house and, later, as Director at the Jacksonville, Florida house doing fundraising and recruitment. In October 1997, Father Cleary was appointed Regional Superior of the U.S. Region, residing at Maryknoll, New York and was re-elected for a second term in 2000. He represented Maryknoll in U.S. Church organizations, including the Conference of Major Superiors of Men and the U.S. Catholic Bishops Mission Committee.

In August 2004, Father Cleary was assigned to the Asia Region and taught English at Northeastern University in Shenyang in the North China province of Liaoning. During that period, he also led a reflection group for members of the local Church in Shenyang, prepared language and cultural orientation programs for new teachers and counseled university students.

In September 2006, Father Cleary returned to the United States and was appointed Director of the Maryknoll Fathers and Brothers Mission Education and Promotion Department and, in February 2007, he became Publisher of Maryknoll and Revista (now referred to as Misioneros) magazines. In 2010, he returned to Asia and began teaching at the Korean Catholic Missionary Society Foundation House in Seoul. Father Cleary was assigned to Hong Kong in 2011 as Director of the Maryknoll China Teachers Program. In November 2013, Father Cleary was assigned to the Retirement Community (now referred to as the Senior Missioner Community), with continued residence in Hong Kong. He returned to the United States in December 2014 and taught a program of Accent Reduction to International Priests and assisted with Maryknoll Church dates in the Diocese of Buffalo, New York. In May 2017, Father Cleary was assigned to the U.S. Region with Senior Missioner Status. Father Cleary remained in Buffalo and continued his ministry of working with international priests and assisting in Church dates as his health permitted.

According to Father Cleary’s wishes, his body has been donated to the University at Buffalo’s Anatomical Donation Program for medical research.

A Memorial Mass was held on October 28, 2021 at 11 a.m. and was concelebrated in Queen of Apostles Chapel. Father Clyde Phillips was Principal Celebrant and Father John McAuley was the homilist. Father Joseph Heim read the biography and Brother Wayne Fitzpatrick read the Oath.