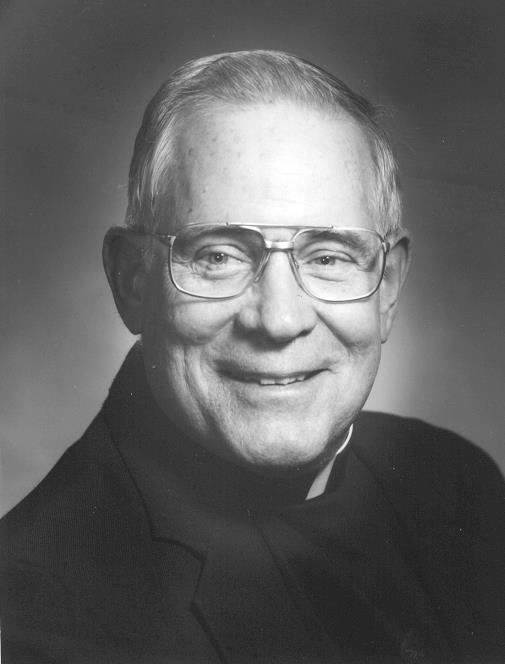 James Michael Travis was born on August 4, 1941, in St. Paul, Minnesota, son of Dr. James S. and Margaret E. Travis.  He attended St. Peter’s Catholic grade school in North St. Paul.  Feeling the call to priesthood while still in grade school, he entered Nazareth Hall, a Minor Seminary and Junior College, for the Archdiocese of St. Paul and Minneapolis. He went on to study at the St. Paul Major Seminary, and was ordained a priest for the Archdio­cese on February 18, 1967. As Father Travis stated in “Gleanings from Living Three Lives”, an article written for World Parish, he was ordained in 1967 for the Archdiocese and began his First Life as priest.   During the first five years after ordination, he served in St. Anne’s Parish, North Minneapolis and later in St. Mary of the Lake Parish in White Bear Lake, Minnesota.  He was happy in his work and priesthood, but the Spirit kept hounding him and he requested his Archbishop to let him work with Maryknoll for five years in Maryknoll’s Associate Priest Program.

Father Travis was granted permission to enter Maryknoll and began his Second Life as an Associate Maryknoll Priest.  Assigned to the Philippines, he worked in the then Prelature of Tagum on the island of Mindanao.  Visayan or Cebuano was the principal language of the people who lived there and although he was apprehensive about language study, he knew that communication was very important and he succeeded in learning the language.  He loved the people very much and it was hard to tear himself away after spending five years there.

Father Travis concluded his first five-year contract with Maryknoll on October 1, 1977, and traveled through Thailand, Bangladesh, India – with a week working with Mother Theresa in “Gift of Love” home for the dying – and the Holy Land enroute to the U.S.  He returned to the St. Paul and Minneapolis Archdiocese, allowing him a very active ministry in human rights and justice and peace issues.  He lived at the Newman Center and was Chaplain at the University of Minnesota Hospitals. After a little more than a year, Father Travis became Associate Pastor at St. Joseph’s Parish in New Hope, where he served for fourteen months.

In 1980, Father Travis asked permission to join Maryknoll permanently.  Archbishop John R. Roach with his World Vision of Church agreed and Father Travis began his Third Life as a permanent Maryknoller.  During his pre-acceptance year, he attended the Maryknoll School of Theology and received a Master of Arts degree in Faith and Justice in May, 1981.  He pronounced his First Oath of Obedience at Maryknoll, New York, on February 18, 1980, the 13th anniversary of his ordination.  Father Travis was assigned to the Maryknoll Mission Region in Tanzania, East Africa in July 1981.  He pronounced his Permanent Oath in June 1984 in Musoma, where he was taking language and cultural studies.  Upon completion of his studies, he was assigned to Mwamapalala in the Shinyanga Diocese and then to Ndoleleji Parish, where he served both as Associate Pastor and Pastor.  During the famine of 1983 and 1984, he quickly became involved in helping the people.  Through connections with Catholic Relief Services, tons of food were procured and distributed to the needy.

His last Tanzania assignment was to Mugumu Parish in the Serengeti District of the Diocese of Musoma, where he witnessed the scourge of AIDS and did much to start AIDS prevention education and care for those afflicted with AIDS.

On December 1, 1989, Father Travis was assigned to the United States Region.  Here he became active in the Serra Ancillary Care Corporation, founded and funded by the Archdiocese of Los Angeles, and served in a hospice for destitute AIDS patients.  He was assigned to the Maryknoll Development Department in July 1991 for work in the Minneapolis, St. Paul Development House.  In 1993, he was appointed Director of that House, and served in that position for several years.

Although Father Travis would have liked to return to Mission in Africa, his health did not permit such a move.  In 1997, Father Travis began to spend the summer months in the Diocese of Anchorage, Alaska, helping out in the parish of Our Lady of Guadalupe.  He spent the winter months in Tucson, Arizona and assisted in the parishes of Saints Peter and Paul and Our Lady of the Valley.  He became a member of the Retirement Community in September 2002, with permanent residence in Tucson, Arizona.

According to his wishes, Father Travis’ body was donated to the University of Arizona Medical School in Tucson.  A Memorial Mass was celebrated on March 4, 2015 at 5:30 p.m. at Saints Peter and Paul parish in Tucson.  Bishop Gerald Kicanas, D.D., and Msgr. Albert Schifano, former Vicar General of the Diocese of Tucson, presided at the Mass.  Msgr. Albert Schifano gave the homily.  A Memorial Mass also was celebrated in Maryknoll, New York.