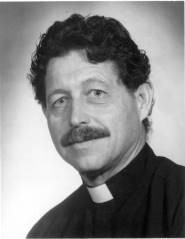 Father Patrick A. Bergin died on November 8, 2022 in Pinehurst, North Carolina. He was 90 years old and a Maryknoll priest for 63 years.

Patrick Anthony Bergin was born May 23, 1932 in Melvindale, Michigan to Charles and Mabel Turner Bergin. The youngest of seven children, Patrick had two older sisters and four older brothers.  Patrick attended St. Mary Magdalen grammar school in Melvindale, and he was accepted to study for Maryknoll in 1946 by then Superior General, Bishop James Edward Walsh. He first studied at the Detroit Archdiocesan Seminary, Sacred Heart, from 1946 until June, 1950. In September, 1950 he began at Maryknoll College in Glen Ellyn. Father Bergin was ordained on June 13, 1959 and assigned to the Korea Region.

After language study and becoming pastor of Yong Dong parish in Chung Chong Pukto in 1961, Father Bergin was appointed Attaché to the Apostolic Delegation, later Apostolic Nunciature, in Seoul from 1963 to 1965. In 1966 he began work in the Diocese of Inchon and was appointed pastor of Bu Pyeong 2 Dong from 1968 to 1970. During a sabbatical from August 1970 to January 1971, Father Bergin was in residence at Our Lady of Guadalupe Trappist Abbey in Lafayette, Oregon. Upon returning to Korea, he began studies in Korean Seon (Zen) Buddhism under the direction of Korean Seon Master, The Rev. Cheon Jeon Kan at Yong Hwa Sa Monastery in Inchon.

In 1973, he began teaching a seminar course at Seo Kang Jesuit University in Seoul. During 1977 and 1978, Father Bergin returned to the United States to study at St. Paul’s University in Ottawa, Canada where he received a Masters Degree in Pastoral Counseling.

Father Bergin was assigned to the Social Communications Department in July 1980 and also was Founding Editor of the Maryknoll News. After completing the Spiritual Renewal program in Israel in 1983, he was reassigned to Korea and began work in the Suwon Diocese at Dan Dae Dong parish. Father Bergin worked as an associate to Father Michael Ha until February 1985 when he was assigned to the Hawaii Region and was stationed at Immaculate Conception Parish in Holualoa, Hawaii.

In October 1989, Father Bergin transferred to the mainland and was assigned to work in the Rockville Centre Diocese of Long Island, New York, first in St. Anne’s in Brentwood and then from September 1990 until June 2000 at St. Rosalie’s in Hampton Bays. Father Bergin entered the Retirement Community (now Senior Missioner Community) on June 1, 1997 and continued to serve in various parishes on Long Island. In 2005, he took up residence in North Carolina. Father Bergin celebrated his 60th Jubilee as a Maryknoll priest in 2019 with his friends and classmates.

Father Bergin is survived by his many nieces and nephews. He was pre-deceased by his sisters; Mrs. Ita Kanter and Mrs. Enda Noble and his brothers; Kevin Bergin, Brendan Bergin, Edward Bergin and Joseph Bergin.

Wake services were held on November 21, 2022 in the Holy Spirit Chapel and the Queen of Apostles Chapel at the Maryknoll Society Center. Mass of Christian Burial was held at 11:00 a.m. and was concelebrated in the Queen of Apostles Chapel. Father Robert Reiley was the Celebrant and Father Michael Duggan was the homilist. Father Richard Rolewicz read the biography and Father Joseph Slaby read the Oath. Interment in the Maryknoll columbarium followed immediately after the Mass with Father Alfonso Kim presider.