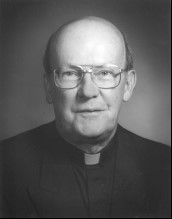 Born in the Bronx, New York on April 6, 1934, Richard Stanislaus Czajkowski was the son of the late Boleslaus and Mary Czajkowski. He was one of 5 children, including his twin brother, Ronald. A parishioner of St. Raymond’s Church in the Bronx and a graduate of its parochial school in 1948, he attended and graduated from Cardinal Hayes High School in 1952. Thereupon he entered the Maryknoll Mission Society that same year. Maryknoll’s Father Walter Maxcy was instrumental in his being accepted into Maryknoll. Ordained a priest on June 10, 1961, Father Czajkowski was assigned to the Maryknoll Mission Country of Japan, where he worked for nearly 40 years. Thirteen years of his priesthood were spent in America’s Pacific Northwest doing Maryknoll Mission Promotion work in the states of Washington, Oregon, Idaho, Montana, and Alaska; another three and a half years were spent in the Washington, D.C. area, again doing Maryknoll Mission Promotion work.

In regard to Japan, only 1% of the Japanese people are proclaimed baptized Christians, 1/3% of these are Catholics; the other 2/3% of the Christians are Protestants. So Japan is truly “a missionary country.” Maryknoll’s works among the Japanese are quite various: pastoral Parish centered, native vocations, mass communication, work with the handicapped and persons with alcohol and drug addictions, inter-religious dialogue, non-Japanese immigrant works, etc. Father Czajkowski was involved in some of these works and was the pastor of two Parish Churches, and at one time was Second Regional Assistant for Maryknoll’s Japan Region.

With God’s help and the prayers and sacrifices of his family and friends, Father Czajkowski had many heart-touching experiences in his works in Japan. In one Mission Station for example, the number of persons coming to that small Mission Church of six Catholics increased to more than forty-three within about one year’s time, with his teaching English and Catholic catechism through the sacred Scriptures. Also while pastor of Kyoto’s Kinugasa Holy Spirit Catholic Church, he had the grace of preparing for marriage and then blessing the marriages of some three hundred-and-fifty couples, only about ten Catholic couples, the rest being non-Christians. “A Cana Get-together” of these couples, as a follow up and renewal of their weddings, took place every year. In January 2001, it was a great joy to have had about forty-two couples come to the Church again, together with their thirty children.

As of January 2005, Father Czajkowski became a member of Maryknoll’s Retirement Community and returned to Japan. He assisted the US Navy as an assistant Chaplain at two Naval bases by hearing confessions, preaching and offering Sunday Masses. Each week preparing homilies and sermons for these Masses kept him very busy and was a special source of God’s graces and blessings.

Wake services were held on September 13, 2022 for Father Czajkowski’s family in the Queen of Apostles Chapel at the Maryknoll Society Center. Mass of Christian Burial followed at 11:00 a.m. and was concelebrated in the Queen of Apostles Chapel. Father Kevin Hanlon was the Celebrant and homilist. Father John Felago read the biography and Father Edward Davis read the Oath. In accordance with Father Czajkowski’s wishes, burial followed immediately in the Czajkowski family plot at a cemetery in Rockland County, New York.