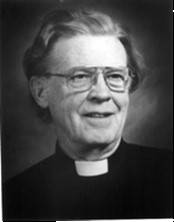 Father Robert A. Lilly died on May 19, 2022 in the Assisted Living Unit at Maryknoll, New York. He was 87 years old and a Maryknoll priest for 59 years.

Robert Aloysius Lilly was born in Brooklyn, New York on January 6, 1935 to Robert A. Lilly Sr. and Anna Lucille Cunningham Lilly. He was the oldest child and grew up with two brothers and three sisters. He started school at St. Edmunds Elementary in Brooklyn, but when the family moved to Rowayton, Connecticut, he transferred to Rowayton School. He graduated from Delbarton School, Morristown, New Jersey, in June 1952 and entered Maryknoll at the Maryknoll Junior College (Venard), Clarks Summit, Pennsylvania that same month. He studied at Maryknoll Apostolic Colleges in Lakewood, New Jersey and Glen Ellyn, Illinois and completed his studies for the priesthood at Maryknoll Seminary, Maryknoll, New York. He held a BA in Philosophy and an MRE in Religious Education. Father Lilly was ordained a Maryknoll priest at Maryknoll, New York on June 9, 1962.

Upon ordination Father Lilly was assigned to Maryknoll’s Mission in Korea, where he worked from April 1963 through April 1968, and then again from January 1969 through January 1974. Father Lilly served as Island Curate and Pastor, working at Yeong Pyong Island some sixty miles off the coast. In between, he worked in the Apostolate to fishermen as well as temporary care of a Chinese parish in Inchon. He went to Pyang Yon Island for 2 years and then to a parish in Pusan for another 2 years.

Early in 1974 Father Lilly returned to the United States and was assigned to the Development Department, where he worked for nine years before going back to Korea in 1983. While in the Development Department, Father made many presentations to churches and schools all over Connecticut promoting mission education and the Global Awareness Program. In June 1979 Father Lilly was transferred to San Francisco where he worked in Development until his assignment to the Korea Region in January 1983. He wrote a computer program for parish finances, sacramental records and parish family data which was used in over 90 Korean parishes.

After spending eleven years in Korea, Father Lilly again accepted an assignment to the Development Department in July 1994. Here too, he developed the Church Date program, “Mustard Seed,” for the Department. Then he spent a year working in the Information Services Department at Maryknoll in 2001.

Father Lilly joined the Retirement Community (Senior Missioner Community) in 2002 and moved to Heron, Montana. There he exercised his priestly ministry on a regular basis in three Idaho parishes, and visited the sick, as well as cutting fire wood, mowing the lawn and tending flower gardens at home. In 2019 he took up residence at the Society Center in Maryknoll, New York.

In June of 2022, Father Lilly would have celebrated his 60th Jubilee as a Maryknoll priest.

According to Father Lilly’s wishes, his body was donated to the New York Medical College for medical research.

A Memorial Mass was held on May 25, 2022 at 11 a.m. and was concelebrated in Queen of Apostles Chapel. Father Russ Feldmeier was Principal Celebrant and homilist. Father David Pfeiffer read the biography and Father Michael Duggan read the Oath.