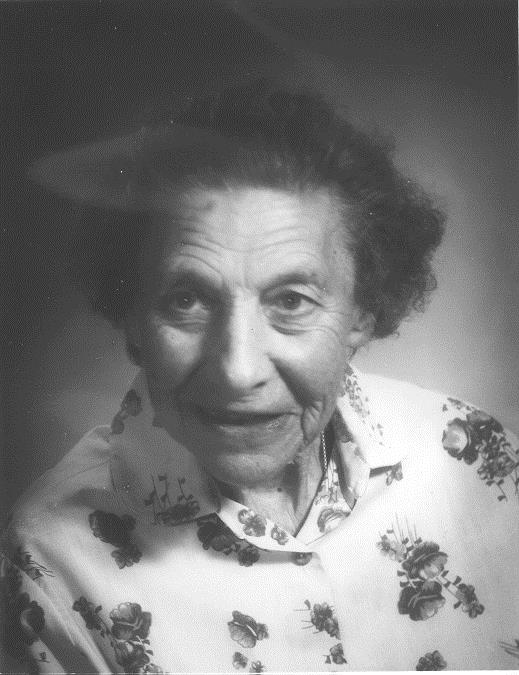 We gather this morning to celebrate Sister Catherine Heilig’s life and her remarkable mission service in the remotest parts of Bolivia and Peru. Sister Catherine, affectionately known as Catica by the people of Latin America, died at the Maryknoll Sisters Center on December 2, 2015. She was 93 years old and had been a Maryknoll Sister for 66 years.

Catherine was born on October 6, 1922 in Brookville, New York to Peter and Anna Sameska Heilig. Both her parents had migrated to the United States from Hungary at the turn of the century.  Catherine had a large and supportive family with whom she maintained close and loving ties throughout her mission life. She had seven brothers and four sisters. Catherine graduated from Hicksville High School in 1940. For several years, she worked as a secretary at Grumman Aircraft and the K&O Company in Bethpage, New York. She entered Maryknoll at Maryknoll, New York from St. Ignatius Parish, Hicksville, New York on September 6, 1949. She received the name Maria St. Peter at her reception, but returned to her baptismal name following Vatican II. She made her First Vows on March 7, 1952 at Maryknoll, New York and her Final vows in Cobija, Bolivia, on the same date in 1955.

Catherine was assigned to the Bolivia/Peru Region in 1953. Immediately following one year of Spanish language study in Cochabamba, she was sent to teach in Guayaramerin, Bolivia, and then in the public schools of Riberalta. She began visiting nearby rural communities on weekends. She trained teachers to teach catechism classes in town and branched out to teach in the remotest areas of the Vicariate, where life was most difficult. Between 1961 and 1964 Catica taught in the Prelature of Juli in the altiplano of Peru. Except for three years working in the Development Department at the Center in New York, Catherine spent the rest of her active missionary life at home in the jungles, and on the river boats traveling  to  the northernmost tip of Bolivia in the Amazon basin, serving those she had hoped to serve when she first wrote to enter Maryknoll. “I wish to spend my life doing something with a purpose, to love and serve God. Mission work is what I would prefer above any other and I would love to care for the least fortunate ones.”  And so for more than 45 years Catherine found her happiness in realizing that dream.

Vatican II had a tremendous impact on the Church in Latin America in the 1960s. Catica’s letters speak of weekly study nights with Sisters, Fathers and Brothers in the Vicariate. Then, in 1969 Catica spent 9 months studying at the Catechetical Institute for Latin America in Manizales, Colombia.  All these studies coincided with the Latin American Church’s statements on the option for the poor and new roles for the laity in response to Vatican II.

Given these changing realities, Catica, along with Maryknollers, Mary Shannon and John Gallagher, co-founded the Rural Pastoral Institute in Riberalta. The idea was to form and accompany lay people from the scattered communities who would be Animators of the Faith in their local communities. It took a leap of faith for everyone to move from a church served and guided primarily by clergy and religious to a vision of faith communities animated by laity, supported at a distance by radio programs, courses, and only one or two visits to their communities each year by the Institute’s River team. It took a leap of faith to place the Bible in the hands of people with deep wisdom but little schooling.

But Catica was always a woman of deep faith – faith in God and faith in other people. She traveled dangerous rivers and jungle paths with faith that God was with her and with the people of her beloved communities along those rivers.  She trusted that through the work of the leaders formed and accompanied by the Rural Pastoral Institute, life would improve even in those remote communities. She trusted in the faith of the lay leaders and in their ability to listen to, learn from and share the Gospel message. She said, “God’s reign of justice will come when we can share and learn with and from one another.” Knowing firsthand the suffering of so many living on the margins she continued to be awed by the joy and generosity of the poor.

Catica was comfortable with a microphone in her hand, whether speaking over short wave radio with the River teams or sending greetings and reflections on the Gospel to thousands in scattered jungle communities who were listening to Mensajeros de la Paz, Messengers of Peace, the weekly radio program that continues today to accompany the rural Animators of the Faith in some 300 communities along the rivers and small roads of the Vicariate.

The program of training Animators of the Faith started in a cultural context where male leaders were most acceptable, but the vocation of the growing percentage of women leaders now serving as animators in their communities was validated and encouraged by the example of this valiant woman of faith.

Catica often seemed to follow her own drummer: she would travel for weeks into the jungle on her bicycle to isolated communities teaching catechism to children.  She was also one of our original environmentalists. Having learned about growing things from her father, who had cared for gardens and trees, Catica brought seeds of fruits and vegetables to the people in the rural communities to foster better nutrition.

She was a great letter writer, filling every page with single-spaced typing that left few if any margins to the page. Those letters, often written in the midnight hours, were affirming, expressing gratitude for all she had received, gratitude for others, noting the blessings they were for her and the blessings of God for all of us.

Catica had a great love for the Mass, perhaps because she had spent so much time in places where it could seldom be celebrated. At times in her later years it appeared that she drifted off to sleep in the middle of the celebration, but suddenly, when a response was needed, a strong “and with your Spirit” alerted all that she was very much present!

Catica’s lifelong dedication to the most marginalized did not go unnoticed or unappreciated. In 1991 on the 50th anniversary of her high school graduation, Sr. Catherine’s name was inscribed in the Hicksville Public School Hall of Fame. In 1997 in Bolivia the Comite Civico Femenini in Riberalta honored her for her work with indigenous women, and in 2001 the Civic Regional Committee of Riberalta, Bolivia presented her with a Diploma of Honor.

Today, we her Sisters give thanks with all those little ones to whom Catica dedicated her life, that our lives are just a little brighter and more hopeful for having known her. Her sense of humor often showed in her wry observations of a situation and her smiling answer to “How are you” was so often, “all the better for seeing you!”

We are happy to welcome with us here this morning several members of Catica’s family. We also welcome our Maryknoll brother, Father John Gorski, who labored many years in Bolivia, who will celebrate the Eucharistic liturgy of Christian Burial for our Sister Catica.