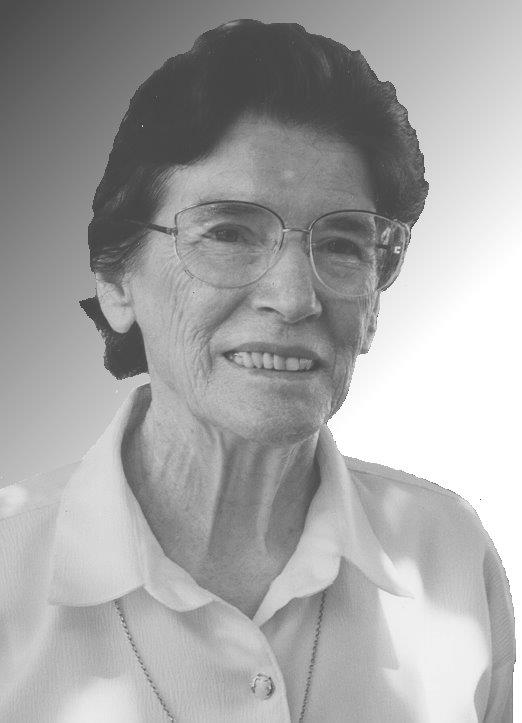 We gather here this morning to remember and celebrate the long, fruitful and dedicated missionary life of our Sister Cecelia “Cele” Wood who died August 17, 2017 at San Pedro Hospital, Davao City, Philippines one month shy of her 96th birthday. She had been a Maryknoll Sister for 77 years.

Cecelia was born in Seattle, Washington on September 17, 1921 to Catherine (Kelly) Wood and Stephen J. Wood. She came from a distinguished and devout Catholic family. She had four brothers, Francis, and John, who were Jesuit priests and James, a Jesuit Brother. Her brother Stephen was a well-known and respected heart surgeon. Her parents and brothers have predeceased her.

Cecelia graduated from Holy Names Academy, Seattle, in 1939. The same year, on December 7, she entered the Maryknoll Sisters Congregation from St. John’s Parish, Seattle, (now St. Joseph’s). Her spiritual mentor in recommending her for entrance to Maryknoll described her as “docile, cheerful and talented….possessed of a great measure of common sense and Christian understanding.” These qualities would serve her well throughout her long life.

Like many young Sisters at the time, Cecelia studied at Maryknoll Teachers College, and obtained a Bachelor of Education degree in 1945. That same year she was assigned to Hawaii, where she taught at St. Anthony School in Kalihi. One year later, 1946, she received a new assignment to the Philippines where she taught at various Maryknoll elementary and high schools in Luzon. She served as principal of Maryknoll Academy, Lucena, Quezon from 1955 to 1960.

All her life, Cecelia had longed to enter the field of medicine. At first, she thought of nursing. On her Maryknoll entrance form she had written that she hoped Maryknoll would mission her where she could improve the health of those in places where medical aid was sorely lacking.

In 1962 she returned to the United States and attended St. Louis University, St. Louis, MO until 1968, obtaining her Masters in Science Research and a Ph.D. in Biology, Cancer Research. Sister Cecelia was then assigned to teach at Mary Rogers College, Maryknoll, NY from 1968 to 1971 and then taught at Columbia University School of Medicine while continuing her medical studies at the Medical College of Pennsylvania where she obtained her M.D. in 1974. She did her internship at Grasslands Hospital, (now Westchester Medical Center at Valhalla, NY.), obtained her license from The University of the State of New York, and completed her Residency in Internal Medicine at the Catholic Medical Center of Brooklyn and Queens, NY in 1977. Sister was an excellent student and her dreams were now real.

Sister Cecelia returned to the Philippines in 1977 where she served on the faculty of the newly-opened Davao Medical School Foundation (DMSF) from 1978–1983, while at the same time serving in Muslim villages and in local clinics of Davao City and environs with particular attention to disabled youth in the Paraplegic Center. She built clinics in Muslim Villages of Talomo and Siraway, Davao. Cele’s clinic work also extended to impoverished areas, accompanied by Davao Medical School Foundation students. One of those students, now a doctor in his own right, told Sr. Helen Graham, M.M. how he was influenced by this exposure to real poverty and how Cele’s encouragement caused him to decide to become a doctor.

Cele became acutely aware of the medical help needed by indigent disabled and, as a consequence, in 1983 Our Lady of Victory Training Center (OLV-TC) Davao City was founded. Sister Cecelia was Director and Practicing Physician until 2010. Hundreds of handicapped have received surgical and medical skills training during their time at OLV-TC and in many cases, she saved their lives.

By 2011 Cele began to slow down considerably and was lovingly cared for by the administration and staff of OLV-TC until her death on August 17, 2017. The Maryknoll Sisters wish to express their deepest gratitude to Sister Cecelia’s loving friends who cared for her with such devotion throughout her last illness and her final days.

During her lifetime, Sister Cecelia received many awards, a listing too long for us to cite here, but they are a remarkable tribute of recognition and appreciation for her long years of distinguished service.

Sisters Nora Maulawin and Helen Graham were able to fly to Davao from Manila and, upon arriving at the Cosmopolitan Funeral Parlor where Sister’s body was on view, we found a room overflowing with former Our Lady of Victory “graduates” having a grand reunion with one another, all longtime friends and fellow workers with Cele. There they shared their memories of Sister and highly praised her devoted life.

Cele’s body was taken from the training center in Samal Islalnd to Davao City for the Cremation liturgy presided over by former Maryknoll “boy” now Archbishop Romulo Valles, Archbishop of Davao.

Sister Cecelia’s funeral Mass took place on Friday, August 25, in the chapel of Miriam College in Quezon City and her ashes placed in the Maryknoll Sisters’ mausoleum on the college grounds.