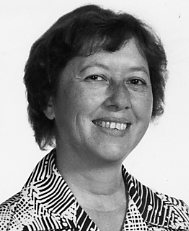 “I have called you by name: you are mine. When you pass through the water, I will be with you, in the rivers you shall not drown. When you walk through fire, you shall not be burned; the flames shall not  consume you.” Today’s first reading from Isaiah offers us a poignant reflection on the life of our Sister Charlotte Anderson, whose faith in God’s unconditional love remained constant throughout her fifty-one years as a Maryknoll Sister and only grew deeper in these last years of diminishment. Sister Charlotte died peacefully in Residential Care at Maryknoll, NY, on September 1, 1998 at the age of seventy-one.

Charlotte Cecilia Anderson was born February 12, 1927 in Honolulu, Hawaii. Her father, John Anderson, made his career in the United States Army. He was forty-eight years old when he married her mother, Rose Asing, a widow. Sister Charlotte had two brothers. The ethnicity of her family was Swedish-Irish on her father’s side and Chinese-Portuguese on her mother’s. Charlotte always took great pride in the Chinese ancestry of her mother whose father, Charlotte’s grandfather, was born in China.

Charlotte attended Maryknoll grade school and graduated from Maryknoll High School in Honolulu in 1944. She then did clerical work at Mutual Telephone Company, the Cathedral of Our Lady of Peace and was secretary to Sr. Mary de Paul Cogan, M.M., the Maryknoll Sisters Regional  Superior. She entered Maryknoll in August 1947 at Maryknoll, NY, and received the religious name of Sr. Rose Ancilla. Her First Profession was March 7, 1950 at Maryknoll, NY and her Final Profession of Vows on the same date in 1953, also at Maryknoll, NY.

Sister Charlotte received a Bachelor of Education Degree from Maryknoll Teacher’s College in 1953. She was assigned to Chile later that same year. One week after the new missioners arrived in Santiago, Chile, Sr. Marie Estelle Coupe, Principal of the Maryknoll Sisters grade school in Buzeta, decided that it would be a good idea for three of the Maryknoll Sister teachers to have a day off and the three new arrivals, Sr. Charlotte among them, replace them in the classroom for the day. This task was made more challenging by the fact that they had not yet studied Spanish. Sister Charlotte, eager for the challenge, went to the classroom and enthralled her class by teaching them a Hawaiian song and dance in English. She had a wonderful gentle way with children, but was a good disciplinarian and much loved by her students.

Sister Charlotte taught first grade in Buzeta and then continued  ministry in elementary education in the south of Chile and in Santiago for the next sixteen years. In 1969, she returned to New York and studied at Columbia Teachers College where she received a Master of Arts Degree in Family and Community Relations in 1971.

In 1971, she returned to Chile and began a new ministry working with Basic Christian Communities, family counseling and mothers’ groups. Sister Charlotte was clear in her decision to live among and work with people who are poor. In a 1980 interview with a Chilean journalist, Sr. Charlotte shared her own perspective on her vocation as a missioner in these words: To go to the most difficult, the most conflictive places is to respond to the call of Christ. This is the way to transmit the Gospel message of love and hope. For her, being there–with and among people who are poor, sharing their lives and listening to them–was the essential task of the missioner. Listening was Charlotte’s gift. She always seemed to find time to listen to the people who had no one to listen to them. She returned to Santiago in 1985 and spent the next three years in La Bandera, a marginated area of Santiago, working with women in mental health support groups.

In 1989, Sr. Charlotte returned to Maryknoll for health reasons. She did Congregational Service from 1989 to 1990, doing clerical work in the Office of Social Concerns and the Information Systems Office. In January 1990, she wrote to the Chile Region indicating that she had decided to extend her contract for another year. Unfortunately, this was not to be. On January 31, 1990, the day that her first contract ended, Sr. Charlotte became very ill. She was admitted to Residential Care in February 1990 after discharge from the hospital.

She enjoyed visits from friends and especially the telephone calls from her brother in Hawaii.

A postcard on the wall by her bed in Residential Care shows La Queca Sola, a traditional Chilean dance that is never danced alone, without a partner, except by the wives of the detained and disappeared, as a way of preserving their memory and calling to mind the events surrounding their disappearance. In a way, during the past eight years, Sr. Charlotte has danced her own queca sola as she struggled to communicate with others. All who received her yearly Christmas greetings,  laboriously handwritten and photocopied, were touched by the effort that went into her communication as she wrote: “Let us be united in our hearts this Christmas. I wish you peace and joy.”

We offer our deepest sympathy to Sr. Charlotte’s family and friends. We welcome our Maryknoll Brother, Father Thomas Henehan, M.M., who will preside at this Liturgy of Christian Burial, as together we give thanks for the gift of Sister Charlotte’s life.