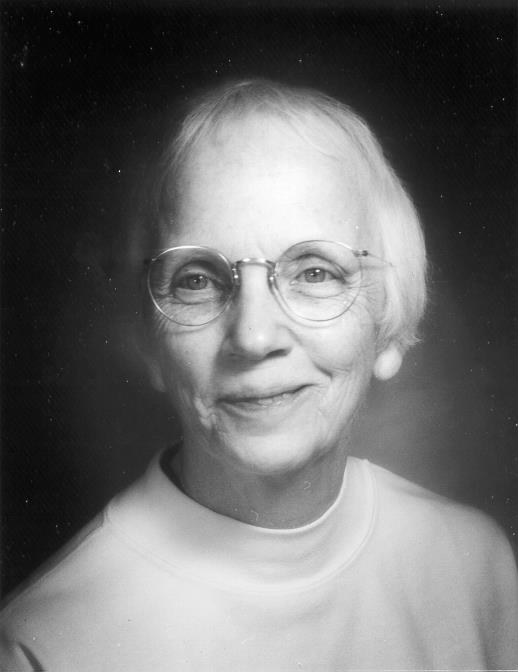 At approximately 8:30 on the morning of Wednesday, January 21, 2015, in Maryknoll Home Care 4, our Sisters Christine LaTulippe sighed peacefully and died unexpectedly in the presence of two Maryknoll Sisters and Aides at her side. Sister Chris, as she was lovingly known, was 84 years of age and had been a Maryknoll Sister for 55 years.

Chris was born on May 10, 1930, in Colchester, Vermont, and was baptized Irene Mary LaTulippe. She was one of 13 children born to Lewis B. and Sadie LaRochelle LaTulippe. Chris loved her family and enjoyed recounting the names of her siblings, six sisters, Doris, Anna Mae, Beatrice, Nancy, Mary, and Alice, and six brothers, George, Donald, Edward, Lewis, Robert, and Raymond.

The family moved to Berlin, New York, and later to Salem, New York, where Chris completed primary and secondary studies. Following graduation from Salem Central High School in 1948, Chris went to study at Mercy Hospital, Springfield, Massachusetts, where she became a registered nurse in 1952. She worked at Albany Hospital, Albany, New York, from 1952 to 1957, during which time she also took evening classes at both Sr. Rose and Russell Sage Colleges. She worked at National Institutes of Health in Bethesda, Maryland, from 1957 until her decision to enter Maryknoll Sisters in 1959.

Chris came to Maryknoll on September 2, 1959, from Holy Cross Parish in Salem, New York. At her Reception she received the religious name Sister Mary Christine, which she retained the rest of her life. she made her First Profession of Vows on June 24, 1962, at Maryknoll Sisters Novitiate in Topsfield, Massachusetts and her Final Vows on June 24, 1969 at her mission in the Philippines.

Sister Chris earned an Associate Degree at Maryknoll Teachers College, Maryknoll, New York, in 1963. She worked at our Bethany infirmary facility for one year before attending Salve Regina College, Newport, Rhode Island, where she completed a Bachelor of Science degree in nursing in 1965. She was then assigned to the Philippines where she would spend a total of 20 years in various medical and community ministries. The first of these was as a nurse in St. Joseph Hospital for sugar cane workers in Manapla, Negros Occidental from 1965 to 1968. After a brief period at Maryknoll College in Manila, Chris went to Malabon where she helped set up St. James adult education program and a well baby clinic.

In 1970, Chris returned to the United States to give nursing service in the Sisters infirmary until 1972. Seeking to combine a pastoral approach to her nursing, Chris did clinical pastoral education both in the U.S. and in the Philippines. She was one of the first women to receive a Pastoral Associate Certificate from Catholic Chaplains Association in Washington, DC, in 1973. She worked temporarily in pastoral care at St. John’s Hospital, Springfield, Illinois in 1974 and at ABBA Community in Albany, New York, doing youth retreats at its House of Prayer in 1975.

There were changes in health care taking place at Maryknoll sisters Center in New York when chris returned there and served as Supervisor of the Center Health Unity (CHU) from 1976 to 1978. The former infirmary was being dedicated to other needs and it was Chris’s vision that identified the area for locating the newly created CHU on third floor Main. She initiated a home care program to attend sick Sisters in their rooms and to assure supportive attention for Sisters in need of hospital care.

Sister Chris’ second period of mission in the Philippines was from 1979 to 1985. At this time, she worked in what she described as an unusual but happy ministry in a center preparing Southeast Asian refugees for relocation. Following that, she worked with Urban Missionaries Exposure and Church Peoples Rights Team in Manila.

In 1985, she returned to Center Health Unit at Maryknoll for two years, returning briefly to the Philippines in 1988 before taking up a variety of support services at Maryknoll, New York, until 2004. During this time, she also worked with hospice at Phelps Memorial Hospital, Sleepy Hollow, New York, and was a pastoral volunteer at Westchester County Medical Center, Valhalla, New York. This latter position earned her the hospital’s “Volunteer of the Year” award in 1995. After 2004, due to weakened health, Chris continued on a limited basis as a volunteer in the health until until 2009 when her condition obligated her move to Maryknoll Home Care, which she took for her Prayer Ministry.

Chris was known to be an excellent nurse and many of us owe a debt of gratitude to her. To have Chris as your bedside nurse or as companion to the hospital or doctor’s office was to bring calm, competence and confidence to the experience. Perceptive and compassionate, she was able to anticipate a patient’s needs in a quiet and unassuming way. She had combined well her nursing and pastoral skills. As one nurse wrote to Chris, “I miss you most when my patient is not doing so well and neither is his family; you always came then, and I knew, and so did the families, that you understood their grief and our helplessness.” We, too, shall miss Sister Chris.

We welcome the members of Sister Chris’ extended family, particularly her sister Mary and her children who were Chris’ regular visitors, as well as friends who are with us this morning, including Father Victor Martin from Bridgeport, Connecticut, who will preside at the liturgy of Christian Burial.