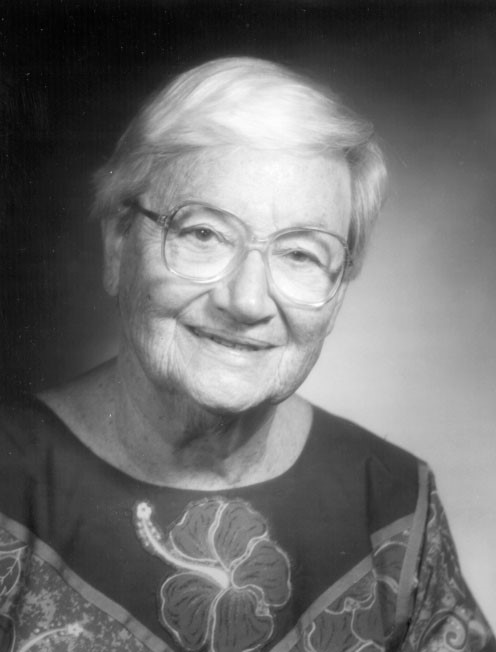 On the afternoon of July 6, 2021, in the Maryknoll Sisters Home Care facility, our Sister Dolores Rosso peacefully slipped into the arms of God with her much-loved sister Marie holding her hand.  Marie read Scripture reflections from Dolores’s own sharing about her life written in 1993. It was a graced journey from earth to heaven.

Dolores Anne Rosso was born in Philadelphia, Pennsylvania on February 22, 1924 to Daniel and Anna Brennan Rosso. Her brother Daniel and her sister Anne have predeceased her; her brother Thomas lives with his family in Maryland, and her sister, Maryknoll Sister Marie Rosso, is with us today. Dolores was 97 years old when she died and she had been a Maryknoll Sister for 78 years. Dolores entered Maryknoll from St. Martin of Tours Parish in Philadelphia on September 7, 1943. Her First Vows were at Maryknoll NY on March 7, 1946, and Final Vows on the same date also at Maryknoll NY three years later in 1949.

Dolores graduated with a Bachelor of Education degree from Maryknoll Teachers College in 1949 and received her assignment to Hawaii the same year; she completed her MA in English at the University of Hawaii in January 1969.  She also took courses at various times for extra English language and speech study, spiritual direction and discernment, and theology. Dolores was to spend the majority of her life in the Hawaiian Islands.  She began sinking those roots in her first years there, teaching various subjects at Maryknoll School in Punahou from 1949 until 1971. From 1971-1982, Dolores took the position of Executive Secretary of Maryknoll School and of the Maryknoll High School Alumnae Association; she again assumed this ministry from 1998-2003. It is said that she knew the name of every graduate of Maryknoll School! It is not possible to name all the awards that Dolores received: Teacher of the Year for Hawaii in 1966, Speech Teacher of the Year Award for the Pacific Island Speech Association in 1963, membership in Delta Kappa Gamma, excellence in education in 1978, and in 2009 she received the Maryknoll Alumnae Association Emeritus Award.

Dolores also made a huge contribution to all of us as Director of Archives from 1983-89, working with Mother Coleman in the beginning and developing norms and policies we are still using today. She prepared the Maryknoll Sisters archives for the merger with the Society Archives, which happened in 1990.  The Central Governing Board asked her to head up the new merged offices, but the Central Pacific Region asked her to assist in the Spiritual Life Center in Honolulu until 1994. She also worked on the General Assembly planning team from 1996-1997—the one that planned our first Congregational Gathering–was there anything she could not do?  In 2010, Dolores moved from her work with Maryknoll School Alumnae here to the Chi Rho community where she was active for eight years until she transferred to our Eden Community in 2017.

These are some of the many things Dolores did and accomplished—but who was the woman behind all these achievements? She was a woman of deep prayer, finding strength and inspiration in the Scripture, especially the Psalms. Her early spirituality reflected the language of the times, but her many talks and reflections over the years reveal someone who constantly studied, prayed and read Scripture, and through it she nurtured her journey to become ever more deeply faith-filled and loving. In 1993, she wrote the following: “I want to face my last moments (days) of life with the dignity of a human person given the gift of life from a loving faithful God.”   She also wrote, “My call to mission has been a source of awe, wonder, joy and gratitude. God’s faithful love has been evident all along the way.” In addition, she continued, citing from Paul’s letter to the Philippians 3:7-10, “I wish to know Christ and the power flowing from his resurrection; likewise to know how to share in his sufferings by being formed into the pattern of his death.” Dolores was so aware and in touch with her life and her coming death that those around her felt in their hearts the calm and joy emanating from her in stillness. We all share today in the deep peace of her life and death. Sister Dolores Rosso will be interred in the Maryknoll Sisters Cemetery, Maryknoll, NY.