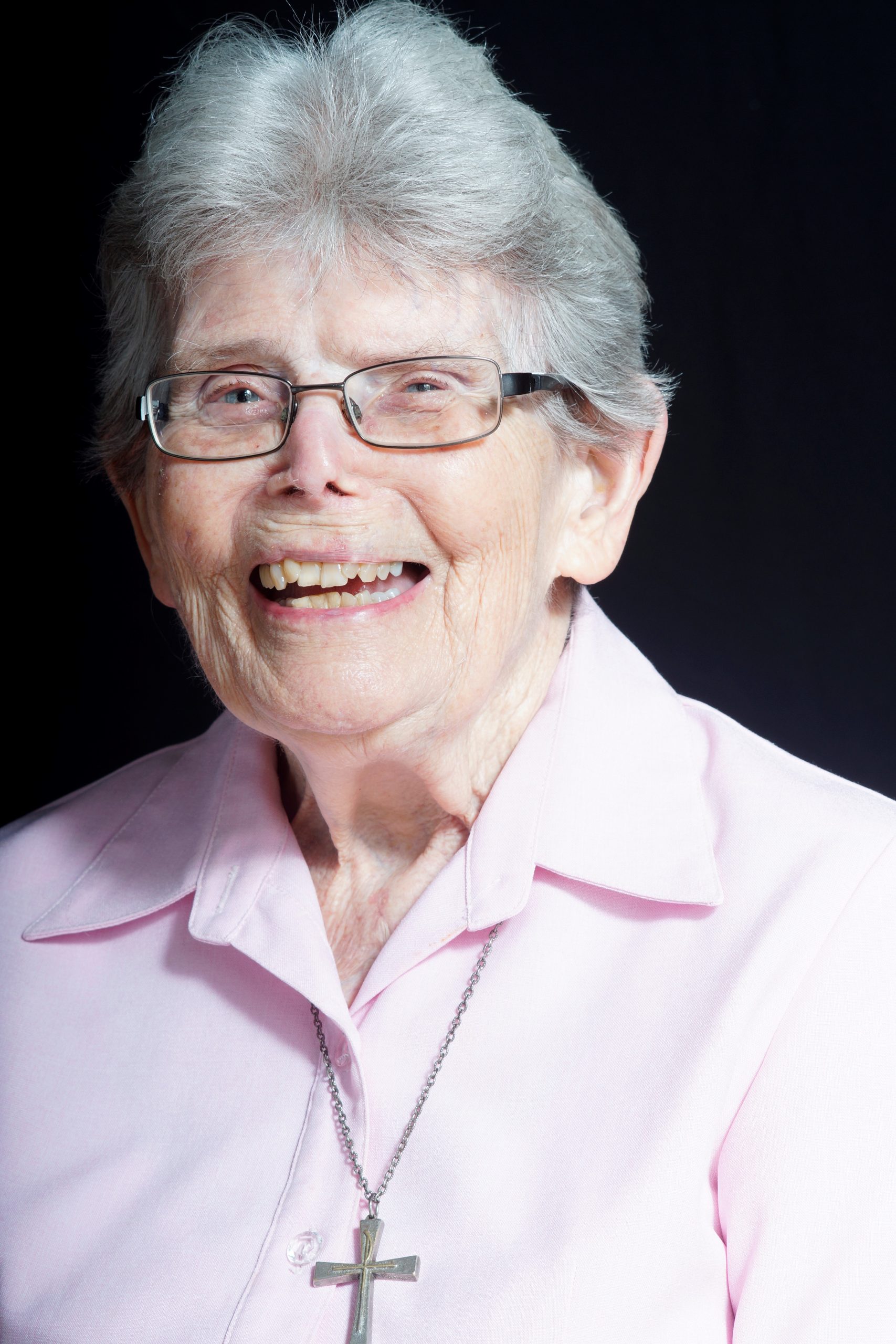 How very like our Sister Dorothy to slip away from us, quietly, peacefully, as dawn lit the eastern sky—just as gently as she walked this earth, she moved into heaven. Dorothy died at 6:00 AM on January 13, 2021 in our Maryknoll Sisters Home Care area. She was 86 years old and had been a Maryknoll Sister for 68 years.

Dorothy Ann McGowan was born in New York City on August 25, 1934 to Terence and Catherine (Dalton) McGowan. Her much-loved brother Kenneth came along four years later—they were close throughout their lives. Dorothy attended St. Brendan’s Grade School and graduated from St. Barnabas High School in the Bronx, NY in 1952. She made no plans for college as “my one desire was to become a Maryknoll Sister,” and she entered Maryknoll September 2, 1952, making her First Vows at the Center on March 3, 1955. Her Final Vows were pronounced at Maryknoll, NY on March 3, 1961. From 1955-1957, Dorothy worked in the Seminary Treasury office, finding a new interest in the nascent computerized business machines. She studied at Maryknoll Teachers College from 1957-1961 receiving a Bachelor’s Degree in Education and went on to receive a Master’s Degree in Mathematics from Notre Dame University in June 1963.

Dorothy’s rich and varied journey of service in Asia began in 1963 with her assignment to the Philippines. In every place she taught—Malabon, Maryknoll High School and College and Santo Tomas—she was a loved and cherished teacher, mentor and guide to her young charges. Until the last year, she was in loving contact with very many of her former students. This quote from one ex-student says it all: “How could I forget her? We could not have had a more brilliant Math teacher who gave up her home and country to be a missionary and mold our young hearts and minds…. You will always be a part of our lives and our growing up years.” It is clear this was the profound effect Dorothy had on all who knew her. She made and kept lifelong friends in these years, Fr. Jack Grady MM and Sr. Rosalie Lacorte MM.

From 1974-1978, Dorothy brought her fine mind, kind heart and deep-rooted life of prayer to her service on the Central Governing Board. Upon completion of her term, she wrote: On the CGB, “I learned much about teamwork, friendship, and the mission presence of Maryknoll Sisters throughout the world.”

Dorothy went from the CGB to a poor and congested Muslim village on the outskirts of Bandung, Indonesia where she spent twelve years, years that were rich in shared life and service. She worked in our community health project with Sr. Susan Gubbins, and helped out in various educational settings in Bandung. Insertion into the Muslim community on a daily basis brought a deep awareness of the joy and simplicity of the daru salaam, the family of peace. Our neighbor there once laughingly told us: “You ladies are so nice—for infidels.”

When visas became difficult in Indonesia, the Sisters were welcomed by Bishop Belo of Dili, East Timor, where they settled in Aileu, quickly starting a clinic, pastoral outreach ministry and educational support to the government and parish schools. The community there was made up of Maryknoll Lay Missioners and, for a time, a Maryknoll priest, Fr. Bill O’Leary, with whom the Sisters shared life, prayer, ministry and movies! The terrible reprisal of the Indonesian military when the Timorese voted for independence in 1999 caused the Sisters to be evacuated to Australia—many in their village were killed; the clinic and their house were burned to the ground. The community re-building brought them even closer to the heart and spirit of their Timorese friends and neighbors. Dorothy wrote: “The East Timorese are a remarkable people who believed in their vision, resisted until they were free and who are now trying to forgive into the future.”

In 2015, Dorothy had health issues which precluded her return to East Timor. She joined the Rogers Community where she was an active volunteer with Sunshine Home, Neighbors Link, and others. She transferred to the Chi Rho Community in 2017 and to Eden in 2020. Her health continued to decline until she left us January 13, 2021. She was loved and cared for by the Maryknoll Sisters Health Care staff with daily visits from Sr. Juana Encalada, who was a special friend to Dorothy over the last weeks. We will miss Dorothy, and count on her to accompany all of us who loved her.