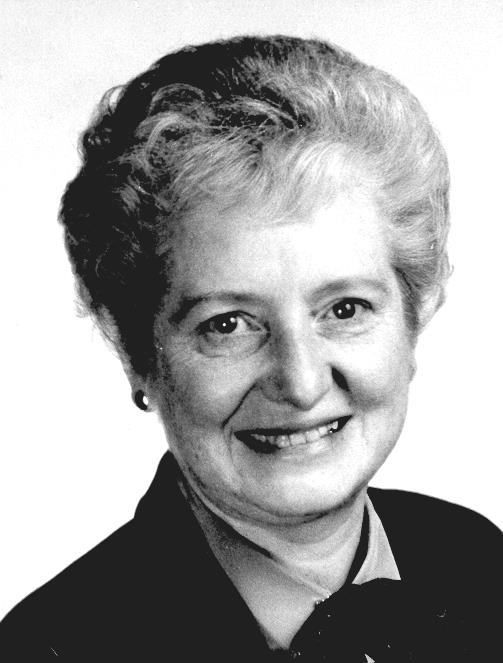 Sister Betty Burns’ good and faithful years of service in mission among us were transformed into eternal joy soon after dawn on Saturday morning, April 14, 2018 in the Hospice Unit at St. Francis Hospital and Medical Center in Hartford, CT. Betty was 84 years old and had been a Maryknoll Sister for 62 years.

Elizabeth Marie Burns was born on December 15, 1933 in Hartford, CT to Elizabeth M. (Farrelly) Burns and Perley G. Burns. Betty was the first born of four siblings: William (Bill), Mary Ann, and John (Jack). After their mother died in 2005, Betty assumed her mother’s role as family “matriarch,” and continued to make the family home in Wethersfield, CT a place of refuge and celebration for everyone in the large extended Burns clan. Betty was known to all as a welcoming, accepting, wise, yet challenging advocate and supporter during times of difficulty and of rejoicing.

Betty’s maternal aunt, Sister Incarnata Farrelly, MM had preceded her as a Maryknoll Sister. Betty was fond of telling stories of her family’s monthly car trips along the back roads from CT to NY to visit Sister Incarnata at Creighton House and the Motherhouse. Often, she jokingly remarked that her interest in Maryknoll began while playing on the front lawn of the Motherhouse; once finding herself at the feet of Mother Mary Joseph during one of her playful escapades.

Betty attended St. Augustine’s School and Mt. St. Joseph Academy, both in Hartford, CT, where she made many life-long friends. She went on to earn her R.N. in 1954 at St. Francis School of Nursing in Hartford before entering Maryknoll at the Motherhouse on September 2, 1955. At Reception, she received the name Sister Maura Brigid. She professed her First Vows on June 24, 1958 at the Motherhouse and her Final Vows on June 24, 1964 in Pusan, South Korea.

Her first assignment was to St. Teresa’s Residence where she worked in the Seminary kitchen. Betty was assigned to Korea in early 1960. En route, she took a short refresher course at Queen of the World Hospital in Kansas City, MO then worked as a nurse at the Maryknoll Hospital in Pusan until she returned to the U.S. on an “orphan” trip in September 1966. Betty’s story of this trip is legendary. As she told it, she was entrusted with the care of five children all under the age of 3 and charged with accompanying them to their adoptive homes in various cities in the U.S. At least half of the children were “babes in arms” and needed their diapers changed and to be fed their bottles on the long flights. There she was in full habit, having only two arms and $25 in her purse to accomplish her “mission.” This story embellished over the years, provided “simplicity” night entertainments at Maryknoll gatherings for years to come. Following a home visit to her father who was ill at the time, Betty fully expected to return to Korea and resume her nursing ministry there; but this was not in God’s plan for the remainder of her mission life.

After completing her decennial, Betty and her good friend Sister Pauline Gibbons, MM were assigned to continue their nursing studies at Boston College in Chestnut Hill, MA. They both graduated with a B.S. in Nursing in 1970, and an M.S. in Community Health Nursing in 1972. During this time, Betty’s father’s health continued to decline. After graduation they relocated to the family home in Hartford to assist her mother with his care, and to fulfill the obligations of their nursing scholarships to work in the nursing field in the U.S. for a period of 3 years. This was a time in Maryknoll Sisters’ history when there were many shifts and changes occurring, including the formal establishment of the Eastern U.S. Region. Betty and Pauline found themselves among the first Maryknoll Sisters assigned to this “new” region in July 1973. At that time, they were encouraged to find remunerative positions in nursing, and did so; Pauline with the Visiting Nurses’ Association, and Betty with the Connecticut Department of Public Health.

They saw the United States very much as mission territory and thought the unmet needs of people in this country were very apparent and demanded attention. They believed they could use their newly acquired skills in nursing to alleviate suffering and work toward providing more equitable access to healthcare for the elderly and disenfranchised. Betty was quoted as saying that “it became ever more clear to us that Maryknoll Sisters in the U.S., stretching from Vermont to Texas and coast to coast in a wide variety of ministries, were responding every day to the call to serve every cultural group and all levels of society, and to bring the message and richness of the Gospel to the public forum.”

Beginning in 1972 until her retirement in 1999, Betty held a number of influential positions in the Connecticut Department of Public Health. These included hospital inspector and nursing consultant, supervisor of patient care services and nursing home inspector, chief of licensure and certification of medical facilities, assistant director of the hospital and medical care division, and chief of staff for the department. As part of her work, Betty made regular onsite visits to nursing homes and was very involved in policy-making on state and federal levels to ensure patients’ rights and quality care for nursing home residents throughout the state. In 1987, Betty received the Distinguished Managerial Services Award for her excellent managerial skills and her tireless dedication to the well-being of these patients. One letter supporting her nomination for this award praised her “realistic yet non-negotiable commitment to protecting the rights of patients through regulatory process and the clarity with which she communicates her goals and objectives across agency lines …” Her leadership style at the Health Department also was one that fostered staff development, professionalism, and excellence on all levels.

After she retired from the Health Department, Betty was involved in full-time family ministry caring for her mother and Sister Pauline at the home they shared in Wethersfield until their deaths in February and August 2005. Then feeling a bit like an “empty-nester,” she explored opportunities for volunteer ministries with St. Francis Home Care, Connecticut Hospice, and in her local parish. She was delighted when the pastor, Fr. James Moran, invited her to work as a full-time pastoral volunteer at Incarnation Parish. This was the first time Betty had a ministry which was strictly pastoral in nature, and from the time she had entered Maryknoll, it was what she always had hoped to do. Betty was convinced that God had kept the best part for last. Since 2006 her days have been filled with activities which ranged from being an Extraordinary Minister of the Eucharist, a Lector and/or Altar Server at daily Mass, to a parish visitor to the elderly home-bound, and a facilitator for a small Christian Community. She reflected that for her “mission was always about relationships and in these latter years I find myself not only building but strengthening connections in my new pastoral role. As we share our stories, we are drawn to carry one another’s burdens. I am working with the wounded again, but now in a very different way than when I was nursing.” Betty was profoundly grateful to God and Fr. Moran for this later-life opportunity that brought her so much joy. She had a deep and trusting faith, a solid piety, and woke each day with a renewed sense of purpose and mission. Betty remained actively engaged in these volunteer pastoral ministries until shortly before her final illness.

Through the years, Betty maintained strong connections with members of her Entrance group and with those who were thought of as the “founding mothers” of the Eastern U.S. Region. In those early years despite distances the latter group always gathered somewhere to celebrate Christmas together. Betty was also the “hostess with the mostest” and happily welcomed Maryknoll Sisters to her family home, which became the location of innumerable New England Area meetings and Harmony Cluster gatherings. Betty was an active, involved and outspoken member of the region, and made a point of attending all meetings wherever and whenever possible. She had a keen intellect, and strong well-formed opinions on many national issues and congregational concerns, which she shared freely. She often said that her gratitude for belonging to the Eastern U.S. Region “knew no bounds.” Betty served on the Regional Governing Board from 1974-1978, and was the Regional Finance Officer from 2007-2016. She was a delegate to IAC in 1976 and 1977 and to the General Assembly in 1978. Betty also served on the Board of the Maryknoll Sisters Nursing Home Corporation from 1979 until the mid-1990s.

During the past 46 years in CT, Betty navigated well three overlapping circles in her life: family, ministry, and Maryknoll. She was deeply devoted to her family, a true friend, and concerned about those in each circle, even if they did not know one another. Betty was available to listen and respond graciously to anyone who might cross her path each day. We, in turn, are deeply grateful to have been blessed by Betty’s generous and kindly presence in our lives. We welcome Betty’s siblings, Bill, Mary Ann and Jack, many members of her large extended family, her Maryknoll Sisters, friends, former colleagues, parish associates, and Fr. James Moran, who will preside at this Eucharistic Liturgy of Christian Burial for our Sister Betty.