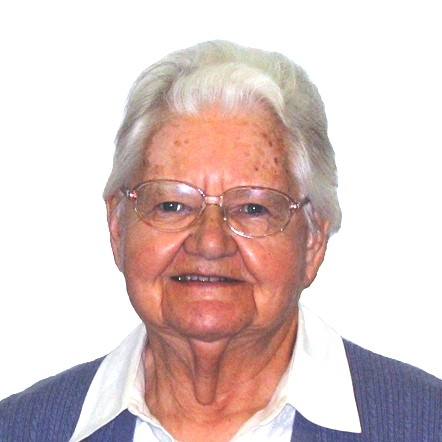 She entered Maryknoll on September 6, 1944, and at her Reception on March 7, 1945, Frances was given the religious name of Sister Consolata Marie.  She later returned to her baptismal name and was known affectionately as Fran.  She made her First Profession of Vows on March 7, 1945 and made Final Profession on the same day in 1947, both at Maryknoll NY.

Her secretarial and clerical skills were also called upon during her early years at Maryknoll, as she worked in the Sisters’ Promotion Department at Bethany and for the Maryknoll Fathers.  In 1957 she was assigned to Houston, TX, where she did catechetical work until 1959 when she went to Valley Park, MO, to cover multiple duties at our Maryknoll Sisters’ Novitiate until 1966.  Assigned that year to Chicago Chinatown, Sr. Frances worked in St. Therese School office until 1971 when she began studies at DePaul University, earning a Bachelor of Science Degree in Elementary School Education with honors in 1973.  She returned to St. Therese School as a teacher, served as a religion coordinator, and for her last eight years as Assistant Principal.  During those years she completed several courses offered by the Archdiocese of Chicago:  Teaching English as a Second Language, Reading Disabilities Workshop, and several Catechetical and theological courses.  She returned to Maryknoll NY in 1983 and gave Congregational service in the Treasury Department until 1987 when she was assigned to Panama, her first overseas mission.

Although already in her mid-60s, Sr. Frances undertook Spanish language studies in Guatemala for four months before arriving in Panama in February 1988.  She began to do home visiting and other pastoral and catechetical work in two parishes under the Vincentian Fathers, San Vicente Parish in Panama City, and St. Mary’s Parish in Balboa in the Panama Canal Zone.  Despite her limited Spanish, her happy and adventuresome spirit allowed her to move about Panama City from the very beginning, getting to know the area and its diverse population, particularly in its popular downtown commercial area.

In 1994, St. Mary’s parishioners and the Vincentian community lovingly celebrated Sr. Fran’s Golden Jubilee.  That same year she was named Religious Education Coordinator of St. Mary’s Parish. During this time, Sr. Fran’s support helped the parish and its parishioners prepare for the turnover of the U.S. controlled Canal Zone to Panama in 2000 –  her mode of organization was always to have a “plan B.”  Her sense of humor and skill at resolving things easily, along with her firm