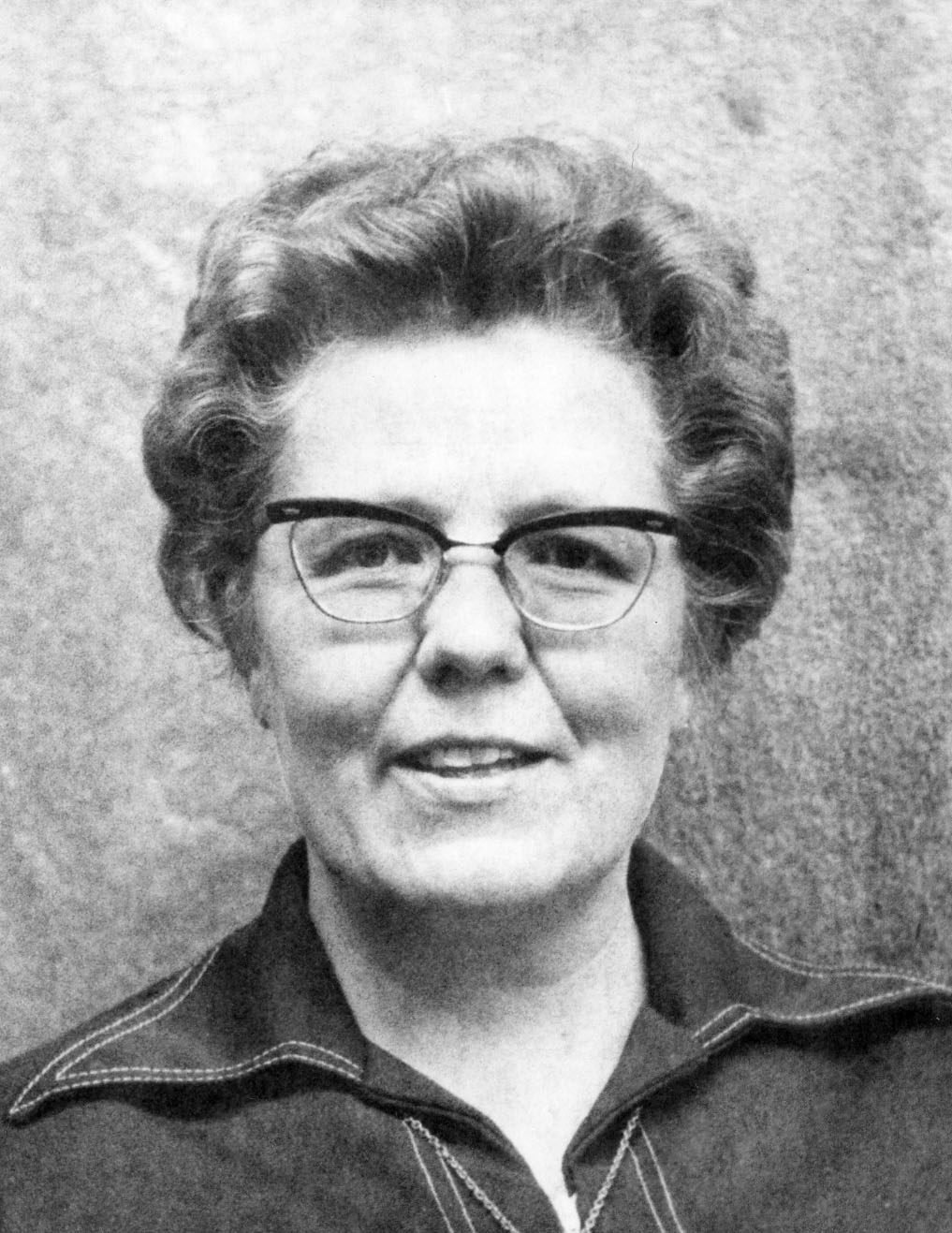 We are all here to rejoice with our dear Sister, and friend, Sister Joan Ratermann as she enters into the eternal life she has so longed for.

Many of us knew her in her youth when she was Sister Vincent de Paul, a robust, enthusiastic young woman, fun loving, but always eager and determined to be on her way to serve God in mission. Joan’s mother, Katherine Huelsmann and her father George Ratermann raised a very dedicated Catholic family of German background in St. Louis, Missouri, where she was born on July 6, 1926. From them she inherited her deep Faith in God, a love for singing and a joyful disposition. There were five children: George, who became a Maryknoll priest, missioned to Guatemala and later taught in the seminary; David, who became a diocesan priest in the St. Louis Diocese and in 1961, was one of the first of that Diocese’s missioned to Bolivia. Mary, her older sister and Betty, who is younger than Joan, both married and had families.

Joan entered the Maryknoll Sisters Novitiate at Maryknoll, NY on September 6, 1945 from St. Liborius Parish, in St. Louis, MO. She pronounced her First Vows on March 7, 1948 at the Maryknoll Sisters Motherhouse and her Final Vows on March 7, 1951, also at the Motherhouse. She obtained her Bachelor of Education degree at Maryknoll Teachers College in 1951, eager to be given her first assignment. Joan was home and a phone call came from Maryknoll, NY announcing that she was assigned to Chile, South America. Joan says, “I was so excited I was jumping up and down while my mother was frying fish. I said, Mother, I’m assigned to Chile!” Joan had to laugh at the recollection of her mother who answered calmly, “What do you want me to do, burn the fish?”

On August 24, 1951, Joan and four other Maryknoll Sisters set sail for Chile aboard the Santa Maria of the Grace Line. She later recalled how she would go out on deck in the evenings singing the Salve Regina and wondering, “What’s this all going to be about?” She would soon find out!

They were met in Valparaiso by the first Maryknoll Sisters to go to Chile the year before: Sisters Marie Estelle Coupe and Petrona Litwin. The Maryknoll Fathers were opening parishes in some of the poorest places in Chile. They saw the need for education and requested Maryknoll Sisters to come and establish parish grade schools. With the exception of Sisters Marie Estelle and Henrietta Coppard, who had both been teachers in Hawaii before going to Chile, all the other Sisters were totally inexperienced. Their task would be to open and run parish grade schools in collaboration with Chilean lay teachers.

Joan spent the first eight months in the rural town of Galvarino with Sister Petrona, helping as best she could while studying the Spanish language. She then went to Curepto with Sister Marie Estelle to open a school. In 1952, Chile became a Region and Sister Marie Estelle was named the Regional Superior. To take her place in Curepto, came newly assigned Sister Patricia O’Mera. In addition to teaching, the two became quite famous in the area for putting on plays, but it was an all boys’ school, so when some boys had to take the part of girls they complained loudly. However, their protests went unheeded by the two “gringo” Sisters.

During her first 20 years in Chile, Joan served in five of the Maryknoll missions as primary school teacher, school principal, high school teacher, retreat director and spiritual counselor. From 1969 to 1970 she returned to the United States and during that time earned a Masters degree in Education/Counseling and Guidance at St. Louis University. When she returned to Chile in 1970, she was assigned to San Vicente Parish in Chillan, where she taught 8th Grade and worked with women catechists and Bible prayer groups. In 1972 she was reassigned to Talcahuano where she taught until 1974, but by that time her greatest interest was in counseling and spiritual direction. The grade and high school enrollment in La Asunción Parish had increased to 4,000 students, 80 classrooms and 150 teachers and was being run by very capable dedicated lay teachers. At the time most of our Sisters were moving from classroom teaching to work in the “poblaciones” or settlement areas.

On September 11, 1973 Salvador Allende, the President of Chile was assassinated and General Pinochet took over the government. The country was in terrible turmoil as thousands of people throughout the country were rounded up, arrested and disappeared. The people of Talcahuano were paralyzed by fear, hatred and despair. The need for healing and spiritual renewal was obvious. Because most of the Sisters had moved to other areas, the big convent was almost empty. Joan said, “The idea came almost simultaneously to Fr. Charles Magsam, who had years of experience as a counselor and spiritual director, Sister Norma Valdemoro, Brother Gregory Grant and myself, to turn that convent into a House of Prayer. And we did that in 1974.” The four formed a team and ran thirty, four day retreats a year for students, teachers, for parents of the students and neighborhood groups. On “free” Sundays they held “Mini – Retreats” that about 100 people would attend from 2:00 P.M. to 8:00 P.M. Joan had the foresight to make up a manual of six basic retreats, and in the six years that followed they trained lay people to give the retreats so they could carry on that work for as long as Maryknoll was in that parish.

In 1980 Joan returned to Maryknoll and worked in the Direct Mail Office. In 1981 she returned to Chile briefly to receive the GABRIELA MISTRAL AWARD from the Ministry of Education of Chile for her 30 years of teaching in Chile.

In 1984 she was back again in Chile doing pastoral ministry with Sister Marcella Fitzgerald in Puente Alto, outside of Santiago and 1991 she moved on to another area called La Pincoya with Sister Marcella and Sister Norma Valdemoro until 1999. Her ability as a spiritual director was well known, and in 2000, she was invited to join the Jesuit’s “Padre Hurtado” Retreat House as a permanent member. For the next four years she did eight day retreats. Of the retreat work she wrote, “It is the most fruitful and satisfying work I have ever done …it is beautiful to see the Lord’s hand in alleviating human suffering.”

By 2004 Joan realized that it was time to return to Maryknoll where she worked again in the Development Department until 2010. As it became more difficult for her to walk she moved to the Chi-Rho Community where she could receive more assistance. Two years later, she moved to the Maryknoll Sisters Residential Care and the Eden Community. Joan remained a loyal and deeply dedicated Maryknoll Sister and missioner who never lost her sense of humor or her deep sense of God’s presence in her life.

We welcome our brother and good friend, Maryknoll Father Michael Duggan, who will preside at this Liturgy of Christian Burial.