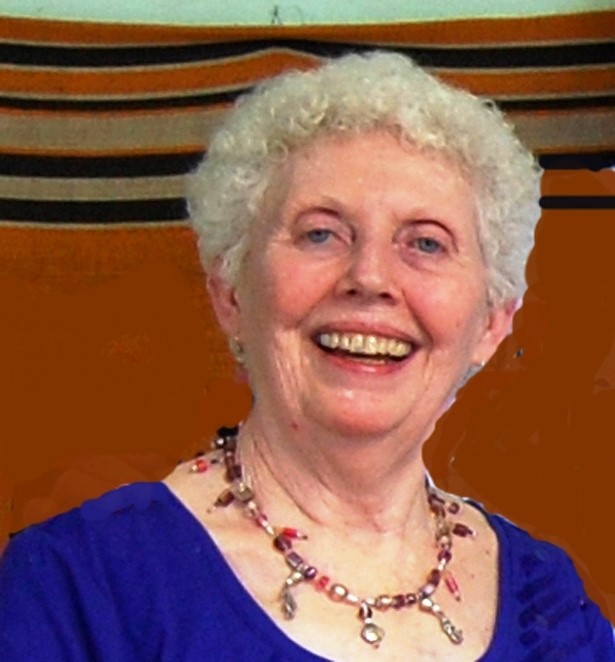 Julie was 76 years old and had been a Maryknoll Sister for 57 years. She requested that her body be cremated.

Sister Julie was born on November 11, 1942 to Frances and Joseph Miller. She had one brother, James and two sisters, Gloria and Mary. Her parents and brother have pre- deceased her.

In 1960 Julie graduated from St Vincent’s Academy in Savannah, Georgia. Julie wanted to enter Maryknoll immediately, but her father requested that she wait a year.

Therefore, she attended Armstrong Junior College in Savannah from 1960-1961. She entered the Maryknoll Sisters Novitiate at Maryknoll, NY on September 2, 1961 (from St. James’s Parish in Savannah, GA).   At her Reception she received the religious name, Sister Maureen Faith, and returned to her baptismal name after Vatican Council II. She made her First Profession of Vows on June 24, 1964 at the Maryknoll Sisters Topsfield, MA Novitiate and her Final Vows on June 14, 1970 in Japan.

From 1964-1965, Julie studied at Mary Rogers College at Maryknoll, NY and earned an AA Degree. She was then assigned to the Maryknoll Sisters mission in Boston Chinatown. She returned to Mary Rogers College in 1967 and completed her studies for a Bachelor of Arts degree in Community Service.

Julie had a love and deep appreciation of the Oriental culture and was overjoyed in 1969, when she received her overseas mission assignment to Japan. She studied the Japanese language and culture for two years until 1971.   That year she was the only American as a language staff member of the “Japan Overseas Co-operation Volunteers,” a government agency. From 1972-1973, Julie taught English to volunteers at the “Japan Peace Corps,” music at Aoyama School, and English at Futaba School. She also did private English tutoring. Julie also enjoyed another circle of friends to whom she taught Western cooking.

In 1974, she returned to the United States to study at the University of Georgia where she earned a Master’s Degree in Educational Psychology in 1975.

Julie was then assigned to the Panama/Nicaragua/El Salvador Region in 1976. She worked with the pastoral team in a small rural town named Tola.  The team trained catechists to work with children and prepared the adults to become Delegates of the Word, to carry the Gospel to the outlying villages. They also worked with both women and youth groups.

These years were very frightening due to the political unrest throughout the country. On Pentecost Sunday June 4, 1979 an all-out revolution began. Julie with six other sisters were in the city of Leon. There they set up a refugee center where the only food available was what the people brought in with them. This situation lasted for 47 days.  Julie was responsible for collecting the food for each day.

Julie gifted us with her gentleness in the stress of violence and she encouraged us to theological reflections to see God’s presence in our reality.  These reflections were entitled:  On the Road to Jerusalem.  These writings became a source of strength for what lay ahead.

In 1979 after the revolution in Nicaragua Julie went to El Salvador to do pastoral work. Due to Martial law, groups were not allowed to meet and there was constant shooting in the streets. Julie and the three sisters she was with, decided to return to Nicaragua to help in the reconstruction of the country.

In early 1980 Maura, Ita, Dorothy and Jean came for a week’s visit. Their relaxing time together was a rebirth of their energies to be in mission. Julie and Ita had a strong friendship as both of them belonged to the same Maryknoll entrance group. Nothing could have prepared them for December 2, 1980 when their faith filled sisters, Maura, Ita, Dorothy and Jean gave the ultimate gift of their lives as martyrs.

From 1984 Julie returned to the United States to study once again. She attended New York State University and Long Island University, earning a Certificate in Gerontological Counseling and became licensed as a Nursing Home Administrator.  She as then served as Director of Social Services of the Maryknoll Nursing Home from 1984-1987.