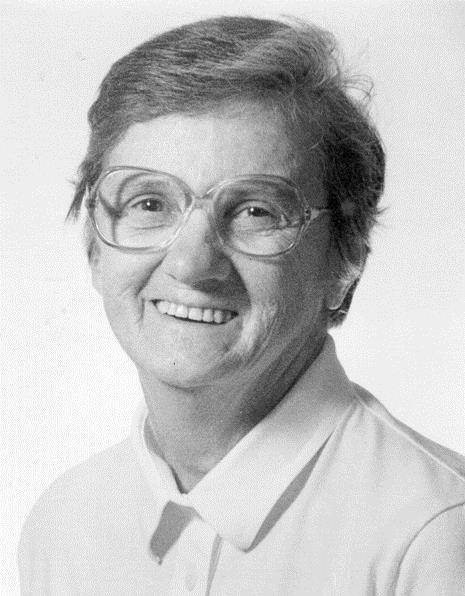 Our dear Sister Katherine Mallon went home to God on August 24, 2016 in the Maryknoll Sisters Home Care at Maryknoll, NY.   She was 88 years old and a Maryknoll Sister for 67 years.  Katie, as she was lovingly known, was born in New Rochelle, NY, October 13, 1927 to Mary and Frank Mallon.

Katie entered the Maryknoll Sisters Congregation at the Motherhouse from Blessed Sacrament Parish, New Rochelle, NY on September 6, 1948. She professed her First Vows on March 7, 1951 and for the next five years served in the Maryknoll Society seminary, the Motherhouse kitchen and the Sisters Promotion Department.  She made her Final Vows in1954. She did her practical nursing studies at Queen of the World Hospital in Kansas City, MO.  From 1957 to 1968 Katie nursed patients at Maryknoll Sisters’ T.B. Sanatorium in Monrovia, CA where her excellent nursing skills brought her the appreciation and gratitude of all those she served. When she was assigned to work at the hospital in Jacaltenango, Guatemala in 1968, she studied Spanish for six months in Mexico.

From an interview with Sr. Jean Roberts on May 23, 1998, for the Guatemala History Project we learn a great deal about her life and mission. Here are some excerpts:

My impressions in those first months in Jacaltenango were of a lot of poor people struggling to live. I saw them carrying wood on their backs; I saw them in the street market buying just a little of this and a little of that. I was a practical nurse with Barbara Noland, a registered nurse who taught me all I had to know. Of course, my Spanish was awful. I was trying to improve my Spanish, but most of the people in Jacaltenango spoke Jacaltec, a Mayan language. But the nurses were very good. I said to them, “Correct me if I’m not speaking properly.” And they did. Even though I had training in Queen of the World Hospital and nursed for ten years in our T.B. Sanatorium in Monrovia, I never worked in the OR.  I learned that from the Jacaltec nurses.

One day in the pediatric ward Sr. Rose Cordis (Dorothy Erickson) a Maryknoll Sister-doctor, said, “I don’t want to send this child home because it is still very malnourished, but we don’t have any more room to keep it here.” So I said, “If I could teach the mothers some nutrition they’d know what to give the child at home.” So I started nutrition classes in the hospital. Later Rose said “I’d like to have a place to put these children where you could teach the mothers.” So after consulting with Father Dave LaBuda, MM, Rose raised the money and designed the center. I was with the children at the nutrition center for fifteen years.

Sr. Mary Annel, also a Maryknoll Sister-doctor, who lived and worked with Katie for many years, recalls that she communicated heart-to-heart to people and patients and they returned her love unreservedly. “She even touched the hearts of medical students,” said Sister Mary Annel, “Many times in the evenings, when she was off-duty, she’d say, ‘I’ll go and check on so-and-so in the hospital…’That was always a signal, that the Sister doctors should go with her, because the patient would invariably be going through a rocky time.” In the nutrition center she made sure that the children were growing properly, and received everything that they needed to get a good start on life. Katie’s charming smile was always at the service of the Indian people.

Recalling years of the Guatemala civil war, Katie said: Things were very dangerous at times. First the guerrillas arrived in town scaring everybody. But after the first scare they said, “We are here to protect the town. We will not touch the hospital and we will not touch the church because we know they are working for the poor.” And they didn’t. But later the army arrived and took over and did a lot of shooting. One day soldiers came to the Nutrition Center and asked me, “How many children do you have here?” I said about 25. They asked where they were from, and I said from all over. They were very suspicious that some of these children were children of the guerrillas, which they were. I didn’t know who they were and I didn’t want to know so I just kept quiet.

After we turned the hospital over to another community of Sisters, I went to work with Sr. Jean Yamashiro serving people with HIV.  I visit them in the hospital. It’s very difficult and very depressing work because you see people who aren’t going to get well and you try to help them over the hard parts, but you know they are not going to get well. They come back to die.

I am also a Communion Minister at the hospital. We have Mass once a month, so I take patients Communion twice a week. We also say the Rosary. I feel the Guatemalan people are a suffering people. Their faith is really, truly deep. When I am with them I feel more prayerful because I know what they have been going through. My greatest joy is just being one with the people.

In 2003, Katie returned to the Maryknoll Center where she resided until her death.

We are happy to welcome here today Sister Katie’s nieces, nephews, other relatives and friends. We also welcome our brother, Father David LaBuda, MM who will preside at this Mass of Christian Burial.