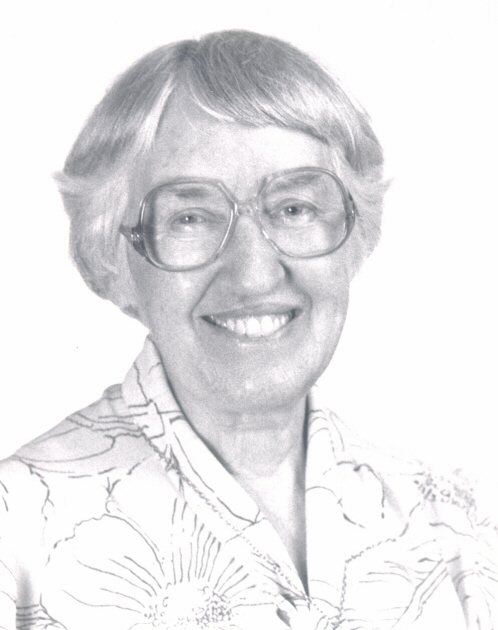 We gather in this sacred place to celebrate the life of our dear Sister Kathleen Skenyon who entered eternal life on the morning of May 30, 2016.  She had recently celebrated her 70th jubilee as a Maryknoll Sister.

Kathleen was born into a devout Irish Catholic family in Providence, R.I., on May 4, 1924.  Her parents were Mary Gallagher Skenyon and Patrick Skenyon.  She was one of six children, four brothers and one sister.  Her brother James died in infancy.  Kathleen grew up with her three brothers, John, Leo and Vincent and her sister Peggy.  Her sister is the only family member who survives her.

Kathleen was educated in her parish schools, St. Patrick’s Grammar and High School, and graduated in June 1941, just six months before President D. Franklin Roosevelt declared war on Japan on Dec. 7, 1941.  Kathleen saw her three brothers go off to war.  Leo, a pilot, was shot down over France. John and Vincent returned but Vincent was wounded and held as a Prisoner of War.  This costly military sacrifice made it seem providential that Kathleen’s death occurred on Memorial Day 2016.

After spending one year at Edgewood Secretarial School, Kathleen was prepared for a career as a secretary but chose rather to work at the New England Telephone Company as a long distance telephone operator.  During the war years, Rhode Island was awash with Navy personnel on leave.  When the Fleet came into Newport, the telephone exchange was where the action was and long distance operators were more needed than secretaries. Her secretarial skills would be called into use later in life

When the family moved in proximity to the Dominicans’ Providence College, Kathleen took courses at the Extension School after work.  There she studied theology and religion, and met a Dominican priest who guided her to Maryknoll.

After graduating from Maryknoll Teachers College in 1951, Sister Kathleen was missioned to Hawaii where she never ceased to be in awe of the beauty of the Hawaiian Islands. Her ever-favorite expression was ALOHA!

Kathleen learned to read at a very early age and forever after she had a great love for books.  She carried with her an enthusiasm for learning for her own enjoyment and the enrichment of her students. She used her creative teaching skills at Maryknoll Grade School, Honolulu, HI, the Diocesan Catechetical Office in parish work, St. Augustine School, Waikiki, St. Anthony School, Kalihi, and St. Anthony School on the Island of Maui, St. Ann’s School, Kanehoe, HI, as Librarian and Religious Education Teacher.

Sister Kathleen was always on the lookout to be of loving service to those in need. While living at St. Anne’s Convent she volunteered at the local prison. One of the inmates was a mother who had a young son at home in need of extra care and attention.  Sister Kathleen often took him to visit his mother in prison and on many outings.

One day, she met a legally blind priest and became interested in assisting him at Mass in Honolulu parishes so she learned Braille.

When Sister Irene Solzbacher, MM needed help at the Residential Center for the Mentally Disadvantaged she had established in the Waianae Coastal Region, Sister Kathleen moved to Nanakuli to help her out.

In the summers, Sister Kathleen pursued studies at the University of Hawaii and received an MA in Library Science. She became a gifted and enthusiastic librarian.

Two highlights of Sister’s mission life were temporary assignments to Yap and American Samoa.  On the Island of Yap she set up a library for St. Mary’s School, trained librarians and Peace Corps teachers in library preparedness.  In American Samoa, she set up two high school libraries, two grade school libraries and assisted in the early education library. During the period in Samoa Sister also organized the Pastoral Library at the Cathedral Center, available to Bishops, Priests and Laity serving the entire Pacific Territory.

In retirement in 1994, Sister Kathleen returned to the North Shore of Hawaii in Nanakuli volunteering at the Leeward Community College teaching English and Math.  It was at this time that Sister Kathleen also volunteered at Queen Liliuokalani Trust Hawaiian Children Center where she was a valuable support for Sister Mary Naab, MM who was one of the Directors.

In 2002, Sister Kathleen returned to the Maryknoll Center.  Here she was happy for the extra time for prayer and took as her special prayer ministry the Central Pacific Region and American Samoa.  Daily Mass was the highlight and most important part of her day.  She also enjoyed visits from Sisters with whom she had shared mission life.

We gratefully welcome our Maryknoll-brother, Father Michael Zunno, who will preside at this Mass of the Resurrection