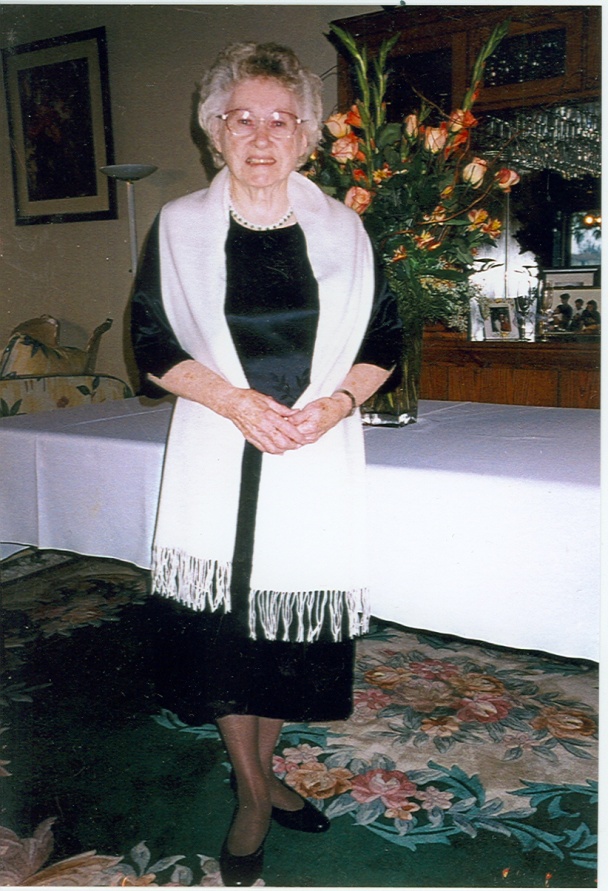 We gather this morning to remember and celebrate the life and mission of our Sister Margaret Shepherd. Margaret Shepherd was born on August 13, 1919, in Havre, MT to Oliver C. and Beatrice Boyle Shepherd. She had two brothers, Walter and John and one sister, Alrose. Her parents and siblings have all predeceased her.

Margaret attended elementary and middle School in Havre, from 1925-1932, and graduated from Havre High School in 1936. She attended Northern Montana College also in Havre from 1936-1937 and Kinman Business University, Spokane, WA, from 1937-1938.

Before entering Maryknoll, Margaret worked for nine years, 1938 to 1947, first as a stenographer and clerical worker for Continental Coal Company, and the Long Lake Lumber Company, both in Spokane, and then in Washington, DC, and in San Francisco, CA for the Social Security Administration. She entered Maryknoll on October 30, 1947.

When asked why she wanted to be a religious Margaret replied in her characteristic direct and honest way, “For my own spiritual advancement and to try to help others in a small way.” When asked why she was choosing Maryknoll, a missionary congregation, she replied without hesitation, “There is so very much religious and racial prejudice and hatred throughout the world that I should like to join in the work of eliminating some of it. From everything that I have heard and read, Maryknoll has a remarkable spirit.” Margaret worked hard throughout her life to reflect that spirit of openness.

Margaret entered the Maryknoll Sisters at the Valley Park, MO, Novitiate from St. Agnes Parish, San Francisco, CA. At her reception, she was given the religious name, Sister Rose Martin. Following Vatican II, she returned to her baptismal name, Margaret.

Margaret loved her time at the Valley Park novitiate. At the time of her Golden Jubilee, Margaret wrote, “We were blessed with the presence of our foundress, Mother Mary Joseph…. She shared her Mission Vision and her dreams for Maryknoll with us. She used to sit in the back of chapel, and tried to memorize our names as we came in. Years later, shortly before her death, I was told she asked someone: “Whatever happened to that little Shepherd girl?” And Margaret wrote, “Well, I’m still here, Mother!”

In 1959, Margaret was assigned to Hong Kong, which she had long desired. She taught at Maryknoll Convent School in Kowloontong from 1959-1968, and then returned to the United States, where she completed her college education, receiving a B.S. in Education from Mary Rogers College, Maryknoll, NY, in 1970.

Returning to Hong Kong and, following a year of language study at the Hong Kong Government Language School, she taught religious education, English Language and Literature to secondary school students at Maryknoll Sisters School at Blue Pool Road until 1979. After serving in Congregational Services from 1985 to 1989, she returned to teaching at Maryknoll Convent School, Kowloontong, from 1989-1993. Margaret was a very competent teacher much loved and appreciated by her students.

When she retired in Hong Kong in 1993 at the age of 74, Sister Margaret undertook a variety of volunteer works. She helped with the young Chinese workers in the evenings at the Young Christian Workers Center; and conducted retreats and reflection days with the Filipina domestic workers, but her favorite ministry began in 1994.

Weekly, from 1994-1997, Margaret made her way to several maximum-security prisons in Hong Kong to visit her “friends,” as she called the prisoners, to share Gospel and Christian values. The prisoners were mostly Africans from Kenya, Nigeria, Lesotho and Sierra Leone. She became a member of the Prisoners’ Friends Association. Sister found the work both challenging and enriching. As a “friend” of the prisoners, she listened to the inmates’ heartbreaking stories; comforted them in times of loneliness; supported them in moments of anger and depression. This work also provided opportunities to cooperate with members of ecumenical groups engaged in the prison work and to meet prison officials.

In 1998, after having spent some 45 years in Hong Kong, Sister Margaret left Hong Kong to retire at the Maryknoll Sisters Retirement Home in Monrovia, CA. where she was involved in volunteer work tutoring Hispanic children and then moved on to Hispanic adults, while also making weekly telephone reassurance calls to around 25 elderly men and women from various ethnic groups. She also helped in various ways in the Monrovia Community Service Center. She returned to the Maryknoll Sisters Center, Maryknoll, NY, in 2006 at the age of 87 where she resided until her death on December 6, 2015. She was 96 years old and had been a Maryknoll Sister for 68 years.

We welcome our Maryknoll brother, Father Jack Sullivan, who also spent many years as a missionary in Hong Kong, to celebrate the Mass of Christian Burial.