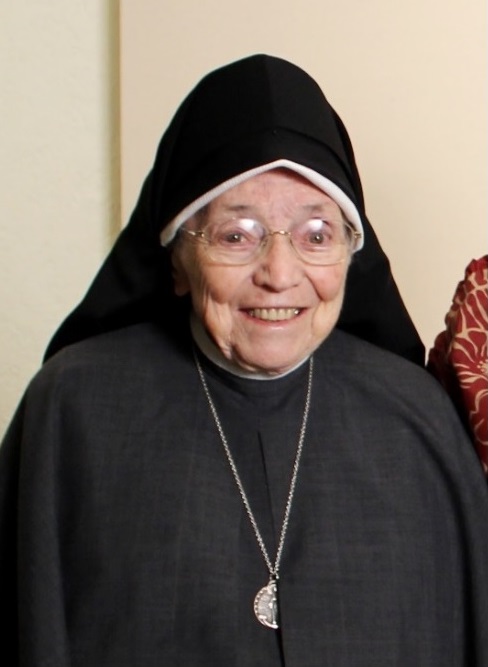 Sister Maria Rosario Daley died on October 18, 2018 at the Maryknoll Sisters residence in Manoa, Honolulu, Hawaii. She was 95 years old and a Maryknoll Sister for 73 years.

Regina Anne Daley was born in Albany, NY on February 1, 1923 to Margaret (Harpinger) Daley and John H. Daley. She had three sisters, Veronica, Rose, and Joan, and one brother, Rev. James D. Daley.  Regina graduated from Holy Names Academy in Albany, NY in 1941, and from the College of St. Rose, Albany, NY in 1945 with a Bachelor of Arts Degree in Latin and Mathematics.

On September 6, 1945 she entered the Maryknoll Sisters Novitiate at Maryknoll NY from St. Thomas Parish in Delmar, NY (Albany Diocese). At her Reception into the Community, she received the religious name Sister Maria Rosario. She made her First Profession of Vows on March 7, 1948 at the Maryknoll Sisters Center and her Final Profession of Vows on March 7, 1951 at Sacred Heart Church, Honolulu, Hawaii.

During her long life Sister Maria Rosario saw and lived through many changes in the church, society and in many religious congregations including the Maryknoll Sisters.  One thing that did not change for her was her religious habit.  She was the only Sister in the Maryknoll Congregation who still wore the religious habit at the time of her death.

Returning to Maryknoll, NY, she served as a member of the faculty at Mary Rogers College and worked in the Admissions Office until 1973. Switching from teacher to student in the fall of 1973, she enrolled in Maryknoll Seminary where she earned a Master’s Degree in Theology. She was then assigned to the Treasury Department at the Maryknoll Sisters Center, Maryknoll, NY to serve as Coordinator of Lay Employee Personnel and to direct the Office of Immigration from 1974-1985.  While doing congregational service, Sister Maria Rosario studied Computer Programming at Pace University in Westchester County, NY.

In 1985, Sister Maria Rosario returned to Hawaii, where she served as Diocesan Computer Consultant, taught a Scripture Course and worked with Eucharistic Ministers at Sacred Heart Parish, Punahou until 1989. In the years that followed, she remained in Hawaii, worked at Maryknoll High School as secretary to the College Counselor and also as Lay Personnel Director and Computer Consultant for the Diocese of Honolulu until 1995.  From 1997 to 2013 Sister Maria Rosario worked in the Maryknoll High School Guidance Office while also serving as Sexton, Sacristan and Eucharistic Minister for Sacred Heart Parish until her retirement in 2014. However, she remained an active volunteer until 2018.

Sister Maria Rosario loved her family. The fact that she and all her siblings were in their 90s did not prevent her or them from being in touch with each other, thanks to modern technology.  She loved Maryknoll and fully participated in all our Maryknoll functions in her local community, as well as in the broader Central Pacific Region.  She was active until her last day. After her death, the Sisters found a note on her desk giving an outline of what she would present the following week to an Alumni Kupuna Group at their quarterly meeting.

A little-known fact about Sr. Maria Rosario is her connection with Father Patrick Peyton, who in 1942 founded the Family Rosary Ministry.  By 1945 he was ready to expand the program and enlisted students from the College of St. Rose to present the Crusade to schools and parishes in Albany. Sister Maria Rosario joined the Crusade before joining the Maryknoll Sisters Congregation. She kept in contact with him until his death in 1992, and in December 2017, she rejoiced in his elevation to the first level toward Canonization by Pope Francis.  Sister Maria Rosario’s commitment to the Rosary remained constant, admitting that she prayed the fifteen decades daily missing only ten days during her entire life because of illness.

Sister Maria Rosario’s connections with her former students are beyond measure.  She kept in touch with many of them faithfully, especially those in her Math and Latin classes, many of whom are here with us today.  We welcome all of Sister Maria Rosario’s former students, Maryknoll School staff, faculty, religious communities, friends and all of us gathered here for this celebration of her life.  We welcome Monsignor Gary Secor, who will preside at this Liturgy of Resurrection at Sacred Heart Parish, Punahou.  We welcome Concelebrants Fr. Gordian Carvalho, Fr. Lane Akiona, SS.CC, and Fr. Paul Smith who are joining us for this liturgy.