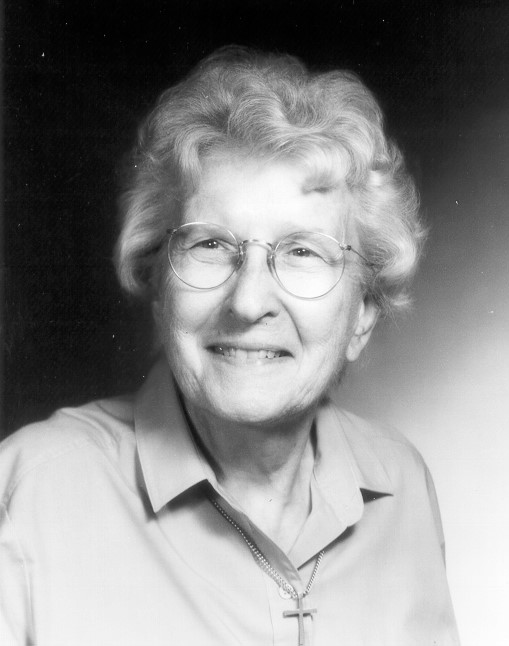 Sister Marian Dolores attended St. Thomas Elementary School.  She later, in 1943 graduated from Cathedral High School in 1942, both in Winona, MN.  Before entering Maryknoll on September 7, 1943, she served as a Nurse’s Aide for one year.

She was received into the Maryknoll Sisters community on March 7, 1944; made her First Profession on the same date in 1946 and her Final Vows on March 7, 1949.

As a preparation for her teaching, Sr. Marian Dolores completed her Bachelor of Science Degree in Maryknoll Teachers College and later while teaching in Hawaii, she pursued a Master’s Degree in Education during summer vacation and night school at the University of Hawaii from 1970 – 1973.

Regarding her years in Hawaii Sister wrote, “I consider the teaching apostolate of great importance in the church and in Maryknoll.  We come to know many persons well, and are given the opportunity to influence them during the remainder of their lives.  Lasting friendships, both with students and parents, are initiated.”

After spending 35 years teaching from 1949 – 1983 teaching in St. Augustine School, Waikiki and St. Ann Grade School in Kaneohe, Kalihi with intermittent Congregation Service from 1984 – 1987 and 1992 – 1995, in the Treasury Department at Maryknoll, Sr. Marian Dolores requested a change of assignment indicating that she had a “special interest in the people of Bolivia especially the Indians of the Altiplano.”

In December 1987, Marian Dolores arrived in Bolivia to begin what would be a very fruitful ministry with the indigenous people of Riberalta, Beni, Bolivia. She had moved from her mission in Hawaii surrounded by oceans to the landlocked country of Bolivia with highlands, valleys, lowlands and extreme poverty.

Describing her approaches to mission, she describes mission life as:

“The two periods of my mission life, Hawaii and Bolivia have been challenging but different.  I was touched by the Hawaiian children’s trust.  They accepted us completely and educational work was an appropriate means of ministry to them.  In Bolivia, to provide medicine for sick babies, to feed the hungry were the ways of accompanying the people on their journey.  They in turn, accompanied me, and filled my life with meaning.  What I treasure most of these experiences is the realization of God’s loving presence everywhere.  My commitment to God has deepened with time”.

In 2004 upon leaving Bolivia, the Sisters of the Bolivian Region described her life among them: “Her generous spirit and gentle quiet manner will be missed by the Sisters in the Region as well as by the people.”

After 15 years of Ministry in Bolivia, the following evaluation was made:

“…She has indeed been a very positive factor in the formation of Community, not only on the local level but also in the Region as a whole.  Her gentle, quiet way has made her loved by the people as well as by the Sisters.  She gave of herself totally and was most solicitous and self-sacrificing in her care and support of Sr. Ann Catherine Ryan.  Her ministry of home visiting proved her love for the people.”

In June 2004, the Congregational Leadership assigned Sr. Marian Dolores Schumacher from Bolivia to the Center Chi Rho Community, and in January 2019 Sr. Marian transferred to the Maryknoll Sisters Home Care where she died.