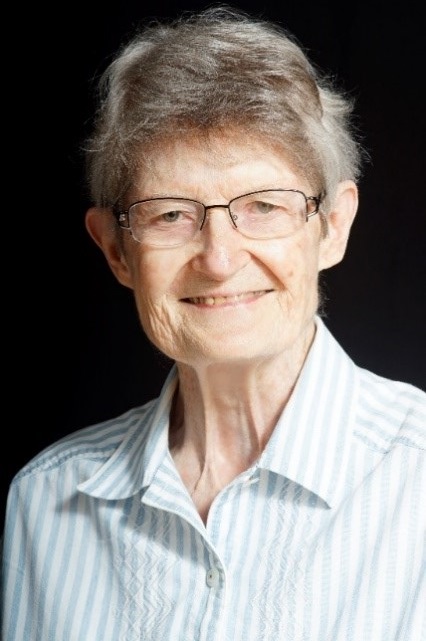 Sister Marion Phillips died on February 26, 2021. She was 86 years old and a Maryknoll Sister for 67 years.

Marion and her twin brother Michael were born on November 28, 1934 to Michael James Phillips and Mary (Costello) Phillips. Marion’s home Diocese was Brooklyn, NY and her parish St. Paschal Baylon. Marion attended Catholic Grade and High School, where she became aware of different charisms. Marion’s cousin Helen Phillips became a Maryknoll Sister, which quietly evoked in Marion an attraction to overseas mission. This spoke to her of a total way of journeying and expressing her relationship to Jesus. Marion began college at St. John’s University, only to wait on that moment of greater light, when her inner attraction and direction became clearer. After one year of college, she applied for entrance into the Maryknoll Sisters Community.

Marion entered Maryknoll Sisters in NY on September 2, 1953. She made her First Profession of Vows on September 8, 1956 in Valley Park, MO, after which she was assigned to the Maryknoll Sisters Center in NY for three years. In 1959, she was assigned to mission in Japan. Her first two years were focused on language study in Kyoto. Then came her assignment to pastoral ministry in two different areas, Ise and Ueno, both spiritually rooted, one housing the second largest Shinto Shrine in Japan, where thousands of pilgrims came each year. Here Sister Marion gave and received life. It was in Japan that Sister professed her Final Vows on September 8, 1963. After 10 years, she returned to the USA for renewal. An awakening to a contemplative expression of mission had occurred, flowing from her resonance with her Asian experience: “I had awakened within to a new contemplative self- all because of going and listening to God in the appointed place…” Sister Marion entered our Contemplative Community on October 15, 1969 and was part of the first group that went to Gallup, NM, to live among the Navajo people in 1971.

In July 1978, an invitation came to the Contemplative Community to participate in an International Contemplative Conference held at Fr. Bede Griffith’s ashram in South India, focused on Raimon Pannikkar’s book: “Trinity in the Human Experience.” Sister Marion was chosen to represent our community and to engage in this cultural experience, which she never forgot. The ashram welcomed a variety of people, spiritually inspired, seekers and learners, united as one. This experience focused Marion’s thoughts over all the years that followed.

In 1985, our sisters assigned to Gallup, NM returned to NY. We were all together when the invitations came to be a contemplative presence in Guatemala, in South Sudan, and in Thailand. In 1992, Sister Marion joined Sister Muriel Vollmer, MM in Udon Thani, Thailand for a few years until Muriel was unable to continue. Sister Marion returned to NY but, thanks to the Maryknoll Society and Brother John Beeching, she was able to continue attending different inter-religious dialogue conferences – held in India twice, in Thailand, and in Nepal.

In 2002, with the community’s support, Sister Phyllis O’Toole, MM and Sister Marion began a conversation regarding a new contemplative presence in Thailand. A Jesuit priest, Fr. Vichai,  intended to open a Center, Santi Wana, for Spiritual and Ecological education on land in the rural section of Bangkok, land owned by the Ursuline Sisters. Marion and Phyllis were invited to go to Thailand and join the Center, which they did. This 15-acre farmland had simple structures for retreatants, students, and our two sisters who lived there. Fish, wild boars, chickens, ducks, turkeys, quail – with vegetables and fruits provided by the land – all one Earth Community. In 2012, the farm was flooded by extra-heavy rain and the humans evacuated. On November 20, 2012, Sister Marion returned to Maryknoll, NY. The deepest mysteries of this Universe had been activated within Marion.

Sister Marion’s daily life at the Chalet (the residence of the Contemplative Community) was deeply influenced by her dialogue with other world religions and her communion with the One Earth Community. The simplicity of Marion’s acceptance of each day, each experience, enhanced our personal and communal awareness of a Wisdom alive within our very selves – just as we are. This blending of energies gradually prepared us for the next unfolding of Marion’s journey – and our own. In 2018, Sister Marion’s physical being became a focus, calling forth expressions of caring attentiveness from so many within our Residential Home Care. There came a moment when she was drawn into a place of vulnerability, which entailed constant presence – and she was never alone. She became the recipient of a Love that embraced her personal cry beyond imagining. Every person that cared for Marion throughout this journey is enfolded forever by her unconditional presence. Our gratitude and our prayer embrace each of you.

Sister Marion’s brother Msgr. Michael Phillips anointed Marion just hours before her passing on Friday February 26, 2021.  Their hands joined in a moment that revealed the presence of a universal Love that is infinitely personal – and a personal Love that embraces all time and space – in continual service of all.  We thank Marion’s brother, Msgr. Michael Phillips, for presiding at this Mass of Christian Burial and live-streamed from here in Annunciation Chapel.  After the concluding “Final Mission of a Maryknoll Sister” blessing, Marion’s cremains will be interred in our cemetery.