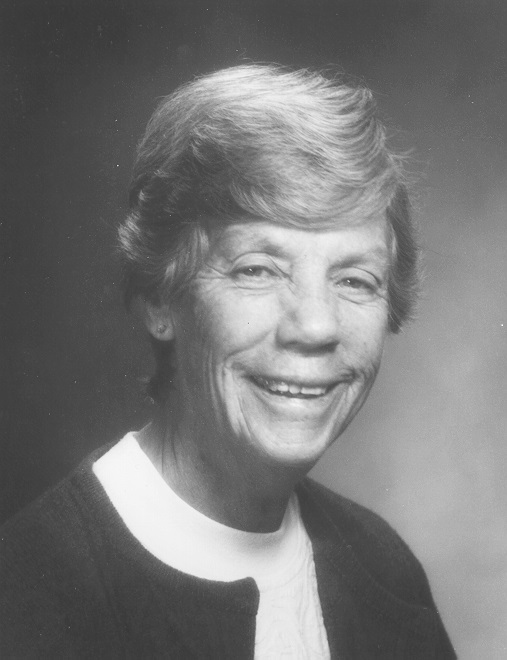 On occasion, a Sister is blessed with a full dress rehearsal before entering into her final glory. Such was the case for our Sister Marlene Condon. About a week ago, when she showed every sign of being ready to take her leave, her dear friend Sister Dee Smith called from Guatemala to say goodbye. Although Marlene could not speak, she clearly knew who was on the line. Later that same evening, after several Sisters had visited at her bedside, she communicated somehow that she was hungry, and she rallied back to life, or so it seemed. Hence, at dawn on October 9, 2022, we were not prepared to learn that Marlene had passed into the fullness of God at 1:55 AM. She was nine days shy of her 90th birthday, having been a Maryknoll Sister for 67 years.

Marlene was born, the third child and only daughter to Theresa (Rhode) Condon and Frank M. Condon on October 18, 1932, in Montevideo, Minnesota. She is survived by her brother Frank and nephew Mark. Her brother Douglas and both sisters-in-law have predeceased her.

After graduating from Central High School in Montevideo, she enrolled at the College of St. Catherine in St. Paul, MN, from which she graduated as a registered nurse in 1953. It was especially during those years that she began to think about what she might do with her life, expressing it this way in her application to the Maryknoll Sisters, “I have had a growing feeling that if I entered the convent… and in some small way could bring Christ’s love to others, I would definitely want to try.”

After First Profession, Marlene’s first assignment was to the kitchen here at Maryknoll, from 1957-1958, and everyone said she excelled as she gave each mundane task her full attention. From 1958 – 1960, she brought the same qualities to her next assignment as Nursing Supervisor at Queen of the World Hospital in Kansas City, MO.

In 1960, Marlene was assigned to Chile, the country in which she spent almost thirty years, from 1960 to 1990, in public health and health education in three different parts of the country. In Pemuco, she served as a member of the Public Health Team in government clinics, also doing rehabilitation of alcoholics. In Hualpencillo, she supervised student nurses and cooperated with health education personnel in serving public schools and the community. In Santiago (Bandera), she did all of the above, extending her ministry to the development of small Christian Communities. Perhaps most far-reaching of all is that she laid the foundation for ongoing health work in these small communities, working hand in hand with other health professionals on an equal basis.

Along with her ministry, Marlene sought constantly to update her nursing skills. In 1975, from Mayo Clinic’s School of Health Related Sciences, she obtained a Certificate as a Pediatric Nurse Practitioner. Foreseeing that a Bachelor of Science in Nursing would be required in due time, she opted for an external degree program at State University of New York and received her BSN degree in June of 1984.

Immediately before these studies, Marlene had completed three years of congregational service in the Maryknoll Nursing Home where, among other responsibilities, she had offered vital in-service education programs for nurses and nurse aides. Consequently, her aim in further study was not simply to get the degree, but to help her grasp and adopt new health concepts, all of which would be of benefit to the people she served. Sister Regina McEvoy, then Vice President of the Central Governing Board, attests to Marlene’s success in her letter of commendation at the end of Marlene’s service in the Nursing Home, “From both patients and staff, you shared much much more than just your nursing skill. You have served, gently and carefully, and inspired a great deal of confidence.”

Not only was Marlene a good student and a terrific nurse by all standards, she also served the Chile Region in various positions of Regional Governance, being elected as Contact Person from 1985-1987. She represented the Region at the Inter-Assembly Conference in Guatemala in 1987, and was a delegate at the 13th General Assembly in 1990 at which she was elected Vice-President of the Central Governing Board, a position she held for the next six years. The surviving members of that Governing Board remember Marlene as an affable and well-balanced member who contributed her best insights, who was efficient, practical and gracious, always doing more than her share. As a member of that board, I can also tell you that she was a whole lot of fun to be with.  Her talents in the field of health and community building also served the Congregation well as she traveled to the Regions on pastoral visits.

Following her six years in congregational leadership, Sister Marlene happily accepted an assignment to Guatemala in 1997. For nine years she worked in an AIDS prevention project which had been initiated by Sisters Dee Smith and Jean Yamashiro with many Guatemalan collaborators, under the auspices of the bishops’ conference in Guatemala. In the course of this experience, the need for special care for the dying led to the construction of St. Mary’s Hospice, which opened on May 1, 2006, with Marlene as acting director. Almost within the year, the antiretroviral medications made it possible for people with AIDS to live a more normal life. Hence, the Hospice was re-purposed as a place for recuperation, good nutrition, education and the opportunity to learn how to live with the disease.

All told, Marlene was in Guatemala for eighteen years, doing what she did best. She not only treated the sick, but also trained the support staff, all of whom were HIV positive, to do informal counseling with the patients, giving them hope and helpful education from their own experience.

Marlene’s active mission life jolted to an end when she veered off the road while she was driving to a local mission. Upon returning to Maryknoll for care and treatment, she did well enough to return to the Region for a year or so, but soon realized that she needed more extensive assistance to meet her daily needs. Having enjoyed eighteen very fruitful and happy years in the Guatemala Region where she had been welcomed and loved, she now needed to say farewell.

Marlene was in her 86th year when she was assigned to the Eden Community at Maryknoll on Jan. 1, 2018. As she had loved and cared for others, she would now receive this care for the remaining four years of her life. Prior to her transfer to the Eden Community, Marlene bequeathed her body to science, so that even in death, she would in some way, bring Christ’s love to others. The students at New York Medical College will not only benefit by having her body, but also and especially, by the spirit that had given it life.

We are happy to welcome, our Maryknoll brother, Fr. Joe LaMarr who will preside at this Memorial Mass of Christian Burial.