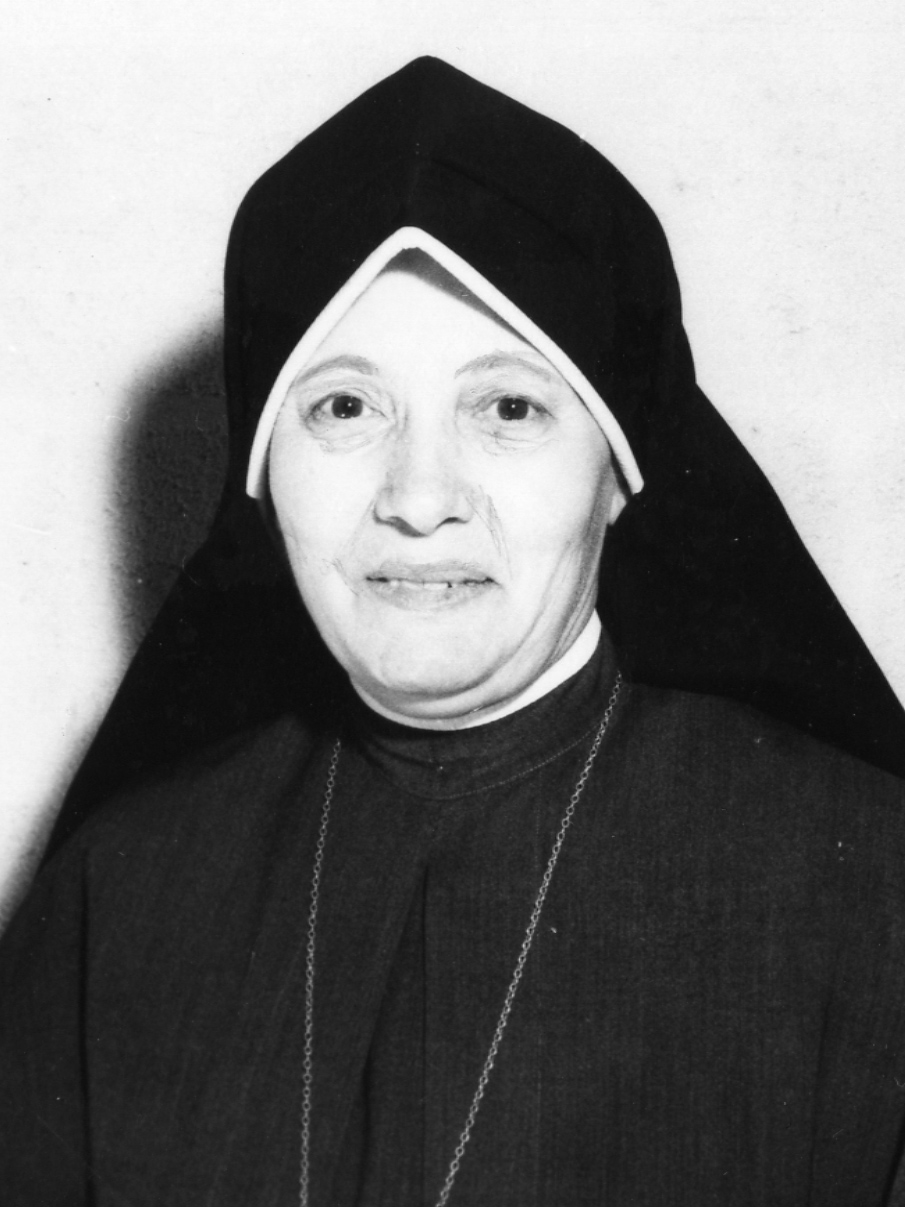 We are happy to announce that the Lord has called Sister Mary Gonzaga Rizzardi to new life on His own Feast of the Resurrection. As she, herself, put it, “I’m going home.” Sister died at Bethany Convent on Easter night around 9:50 p.m. She had been hospitalized at Phelps for care to relieve some of the symptoms of her illness. She returned to Bethany on Holy Saturday. Her temperature began to fluctuate and upon consultation with the doctor, the possibility of her returning to the hospital was mentioned, if conditions worsened. Sister Gonzaga showed some disappointment upon hearing this, and yet, at the same time, there was a look in her eyes which revealed a trust that this would not happen. Matters seemed to be stabilizing on Easter Sunday, and then just as quietly as she had entered into the suffering of her Paschal mystery —— so now in her own unassuming way, she welcomed the dying which ushered her into the Presence of the Lord, Whom she had so faithfully served.

Ebe Anita Rizzardi was born in Auronzo, Italy on January 20, 1902; attended high school at St. Joseph’s in New Rochelle, and entered Maryknoll on June 7, 1923, an accomplished seamstress. She stated at that time that she became interested in Maryknoll after reading the life of Blessed Theophane Venard. Sister Mary Gonzaga (the name she received at Reception), made her Final Profession on December 8, 1928 and was missioned to South China in 1930. Twelve years later, in February 1942, after serving in Hong Kong, Kongmoon, Pingnam and Laipo, she was interned by the Japanese at Stanley in Hong Kong. She was repatriated in August of the same year. Sister returned to Hong Kong in 1946 after having served in Siuna, Nicaragua for two years. Six years later, in 1952, she was assigned to Valley Park, Missouri to teach the Novices sewing. She remained there until 1971 when she expressed her desire to serve in the Gallup Diocese of New Mexico, a missionary presence being undertaken by the Senior Region.

All of these places as well as the ways Sister Gonzaga shared herself in mission, are merely statistics in her life’s journey towards death and new life. But what is it that makes these statistics vital and meaningful? Is there a thread or a vital link integrating all into a meaningful whole?

For me, the following excerpt contains the key. In a letter to Sister Barbara Hendricks written in 1971, Sister Gonzaga says, “…I would like to volunteer to do a few more years of active work for as long as the Lord grants me. I would like very much to work with the Indians and Mexicans in New Mexico. I did speak Spanish a few years past, and I am sure it would easily come back to me. Although I don’t even have a High School diploma, I feel I could fill in some place where there is need. My main line is sewing, but I have other sidelines which I think might come in handy – needle art work, upholstery, sacristy, housekeeper and have done catechetical work for a couple years in Hong Kong; so if there is an opening somewhere I would be glad to fill in as best I can.”

These few lines reveal a woman who knew her gifts, who desired to serve and who offered herself simply and directly. The following experiences — shared by those who lived with Sister — prove the truth of this.

In Pingnam, South China, where Sister was responsible for developing a local group of Women Religious, we find that they raised their own vegetables, made their own shoes, sewed vestments, and made candles which supplied, all the churches in the area. Sister was training the group to be self-sufficient as well as knowledgeable in teaching the doctrine to the women and children of the village.

In internment camp one day, a gentleman said that he would supply the flour for bread if the Sisters would produce the yeast. Bread was a food item that one dreamed about in camp; but Sister Mary Gonzaga said she’d be willing to try fermenting rice which was available. Her experiment worked and the bread was delicious!

In Siuna, Sister tried to grow fruit and vegetables to add to the household’s meager diet, but though the plants would spring up, the produce was too tiny to have any food value. Undaunted, she sent up a sample of the soil to have it analyzed, only to find that it contained no nutrients whatsoever.

We don’t need to mention her sewing creations, for many of us can testify to what she could produce or alter with the barest of materials. Even at Bethany she was sewing things which were needed by the patients. But I don’t think that many of us realized that this same spirit of creativity was just as active these past few months as she reached deeply into dying, with that ever present twinkle in her eye, by following Jesus, Who is the first to rise because He is the first Who really dared to live His death. She challenges us today to also enter into our Paschal Mystery, to welcome the suffering, the aging, the dying, of which life is born.

As we pray for Sister Mary Gonzaga, let us also thank the Lord for her simple, quiet life of responding which now engenders new life within us, her Community.

The Mass of the Resurrection will be celebrated this morning, March 29th, here at the Center, at 11:00 o’clock.