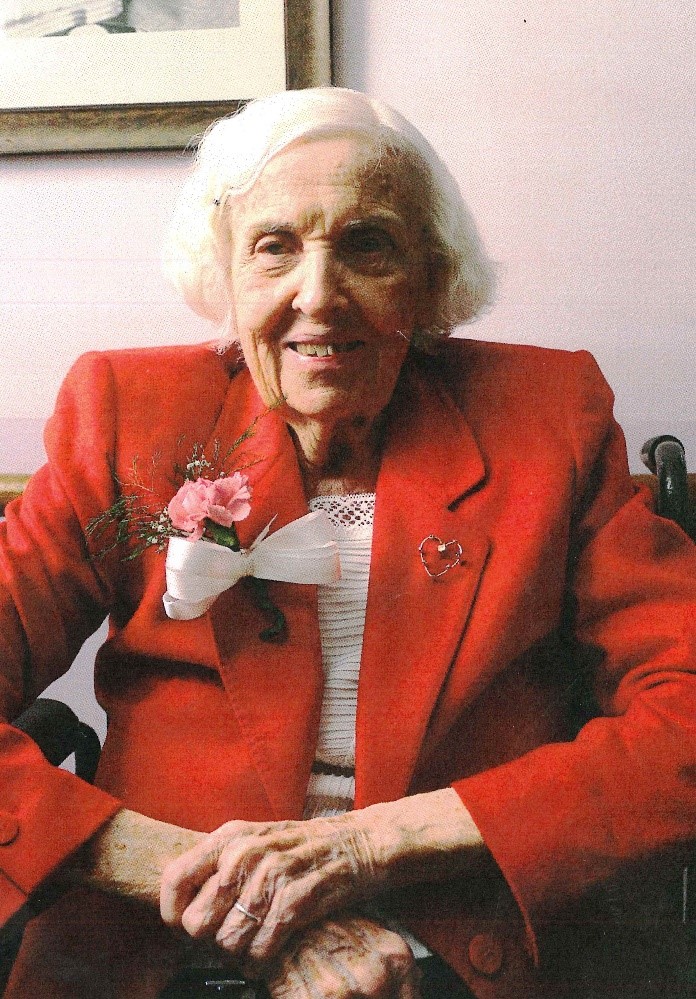 Patricia was born in Harrisburg PA on January 14, 1927 to Helen Mae (Crist) Maher and Joseph P. Maher.  Pat graduated from Immaculata High School in Detroit in 1945. The idea of joining Maryknoll only came to Pat after listening to a Maryknoll Father who gave a mission talk at Immaculata High School. Although the Maryknoller’s talk was never far from her mind, she worked for two years before applying for admission to the Maryknoll Sisters.

Patricia entered the Maryknoll Sisters Congregation at the Valley Park, MO Novitiate on October 30, 1947. She received the religious name Sister Mary Joseph Aileen at her Reception. She made her First Vows on May 8, 1950 at Valley Park and her Final Vows on the same day in 1953 at the Motherhouse in Ossining, NY. She returned to her legal name after Vatican II.

Sr. Pat studied at Maryknoll Teachers College and obtained her Bachelor of Education Degree in 1954. That same year, she received her first mission assignment to the Philippines, where she taught a variety of subjects: High School English, Religion and Biology in Malabon and in Datu Piang. She was then transferred to Lucena where she served as principal in both the elementary and high school. By 1964, Pat had been in the Philippines for 10 years. As was the custom at the time, she returned home for the first time for her decennial/renewal. Following her renewal period, she returned to the Philippines until 1968.

Pat returned to the United States. She took Adult Education courses, studying Group Dynamics and Psychology at the University of Southern Mississippi.  With her interest focused on intercultural relations, she took a Newman Training Course hoping eventually to work with foreign students on secular campuses. When Pat was offered a position to undertake a pilot study to analyze ways of improving relations with patients, especially minority groups, at the Presbyterian University of Pennsylvania Medical Center, she sought and obtained Mother Mary Coleman’s permission and blessing. This was something of a first. So remarkable and important were the results of her study for the University that she was appointed the Director of Community Relations at the Presbyterian Medical Center, a position she held until October 1970. She wrote, “My experience with the Presbyterian Medical Center… has been a tremendously enriching and happy experience.” However, Pat tended her resignation and on August 16, 1970 returned to the Maryknoll Center.

From 1971-1974 Sr. Pat served as Director of the Development Department. Upon completing her three years of service, Sister Barbara Hendricks asked her to renew her contract. Pat wrote to Sr. Barbara, “I am kind of anxious to get back in the saddle and because I think that is going to mean a new country and a new language, I don’t want to delay too long at 46!  I am interested in Central America and hopefully in some kind of pastoral work. I have been in administration for almost 10 straight years now and while I am not complaining about it, I really would like to try a new kind of presence!” And then she added, “I have tried to approach this decision prayerfully and objectively.”  Sr. Barbara replied, “During a particularly difficult period you demonstrated a remarkable sense of responsibility and dedication, shouldering a heavy burden of not only keeping our Community afloat financially but also of continuing to radiate and enhance the Mission Education and Public Relations dimensions of our Mission. We want to thank you for your patience, perseverance, determination and creativity.” (Letter dated April 22, 1974)

The Central Governing Board assigned Sr. Pat to the El Salvador/Nicaragua/Panama Region, effective October 1, 1974. After language study in Cochabamba, Bolivia, Pat was assigned to mission in El Salvador. Here she worked with youth at the Urban Leadership Training Center and engaged in pastoral work in a housing development colony for 1200 poor families. If religious life had seemed precarious in the United States in the late 1960s and early 1970s, now it was actually physically dangerous for religious to be working with the poor in El Salvador. Sr. Pat was keenly conscious of this situation. Due for renewal, Sister returned to the Maryknoll Center in 1979. She did not return to Central America. Instead from 1980 until 1992, she engaged in pastoral ministry at her home Diocese of Harrisburg among Spanish speaking people and in family ministry. Her mother, for whom she had been caring, died in August 1992 and Pat was ready for a new overseas assignment.

Sr. Pat was assigned to Bangladesh in 1993, which she saw as an ideal place for interreligious dialogue. To this end she did tutoring in conversational English with students of the University of Dhaka hoping, to gather together a group of students: Muslim, Hindu, Buddhist and Christian who could work together interested in pursuing interreligious dialogue in the University.

In 1997 Pat returned to the Center, but was not quite ready to retire. She sought an overseas assignment that would enable her to work in a transcultural ambience and use her Spanish. This she found in Bolivia where from 1998 to 2001 she volunteered to work in various pastoral ministries.

During her return to the United States in 2002, Pat suffered some health problems, but this did not deter her from pursuing a volunteer ministry.  She joined the Eastern Region and said, “Having worked in both El Salvador and Bolivia I would like to use my Spanish to serve Spanish speaking who perhaps experience a lot of disorientation in our country.” There was just such a population in the Arlington VA area. She found great satisfaction in this new volunteer ministry. She worked with Spanish speaking inmates at the Arlington County Detention Center and also as a Patient Representative in the Arlington Hospital. At the end of the contract in 2005, she wrote “I have been very happy in the Eastern Region.”

In 2006, Sr. Pat joined the Chi Rho Community, but the following year she decided to retire and she asked to go to Monrovia. The Sisters in Monrovia were happy to receive her. She was a great asset to the Community. They described her as a very prayerful, attractive person, concerned about others, able to receive and to give. The Sisters wrote, “She participates in everything even with her physical limitations, she is gracious and sunny.”  In many ways, Sr. Pat was a free spirit, a person with an inner freedom that enabled her to know and respect her own gifts as well as her limitations. She had a gentle sense of humor and related well to people of all ages. Most who knew her thought her as a very outgoing personality. She however, wrote, “I tend to be introverted. I like an open community, especially the quiet, intimate, unstructured kind.”

In 2012, Sr. Pat left Monrovia, returned to the Center and was assigned to the Chi Rho Community. In 2015 she became a member of the Eden Community bringing her elegant and gracious humorous presence with her until her death.  We are happy to have with us this morning Father Daniel Kim, MM who will celebrate the Liturgy of Christian Burial.