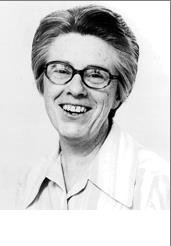 Sister Rita Miriam Nixon died on May 28, 2016 at the Maryknoll Sister Center.  She had been a Maryknoll Sister for 64 years.  Rita Anne Nixon was born on May 22, 1925 at the family home in Beverly, MA, the 4th child of Catherine Donovan and Joseph Nixon, and was named for the Saint of the Day.  She grew up in a parish whose pastor was a seminary classmate of Maryknoll’s Father Founder, Bishop James Anthony Walsh.  The Maryknoll Fathers were regular visitors to the Parish School but Rita did not meet any Maryknoll Sisters for many years.  She graduated from St. Mary’s elementary and high school, then from Salem Commercial School and Beverly Hospital Nursing School.  She was employed by the Boston Visiting Nurse Association and became active in the Catholic Nurses’ Association in the North Shore area.

The “call” to religious life was a subtle but persistent one.  A trip to Maryknoll, New York and a visit to the Maryknoll Sisters Mission in Chinatown (Boston) resulted in the decision to make an application.  In September 1951, Rita entered the Maryknoll Novitiate in New York and in March 1952 was “received” as a Novice, taking the name: Sister Rita Miriam.  She pronounced her First Vows in March 1954 at the Motherhouse and received her first assignment that same year to the Mission of Ceylon (now known as Sri Lanka).  In 1960, because of political unrest, some Sisters in Ceylon, including Rita, were assigned to other missions.  She made Final Vows at the Motherhouse, then was assigned to Bethany Infirmary duty and later that same year to Valley Park Novitiate in Missouri, where multiple tasks awaited.  In 1968, Rita became Coordinator of the Retirement House at Monrovia, CA – after which she and two other Maryknoll Sisters, Sr. Marjorie Schnellinger and Sr. Helen Scheel, formed a Community in nearby Duarte, CA.  When one of the members of that small community responded to her family’s need in Baltimore, MD, the other two joined her.  Each found scope for ministry and all became members of the Eastern U.S. Region.  For 33 years, this community provided hospitality and support to Maryknollers, as various needs arose.  Marjorie died in May 2003 and in 2007 Rita and Helen requested transfer to the Center House.   This assignment provided options for ministry, which were suitable for Sisters with limited energy.  The transition from living in a small house to living in a very large situation was challenging but help and support were available.

Generosity is the word that comes to mind when we think of Rita and her two companions, Sisters Helen Scheel and Marjorie Schnellinger.  Many Maryknollers were often the recipients of that group’s hospitality and generosity.  Rita’s generous spirit was also a mark of her out-of-the house ministry: Visiting Nurse Service from 1974-1984, and her volunteer services with VNA Hospice Program from 1984-1997.  She also helped in the St. Vincent de Paul soup kitchen from 1998-2006.  In 1986, two years after her resignation from VNA, her former teammates and families, who wanted to say “thank you” presented her with a hand embroidered wall quilt representing Baltimore.  The quilt, which today forms the background for her photo here in chapel, has been hanging on the wall in our Main House sitting room near Chapel.

In the Eastern U.S. Region the trio, Rita, Helen and Marjorie were known as living frugally, but going all out for hospitality and help.  Rita’s contributions in that house were non-calculating and open-handed.  Rita retained her sense of humor and her ‘wry new England wit’ even though toward the end, we couldn’t always catch the symbolic phrases that she uttered.

In a typical gesture of generosity, Sister Rita donated her body to science.

We welcome our brother, Father Jack Sullivan who will preside at this Mass of Remembrance.