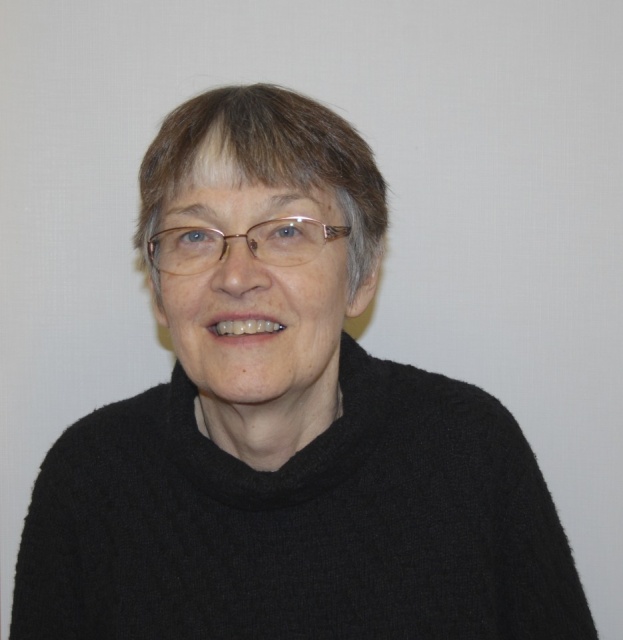 We write to you to celebrate and give thanks to our God for the life and mission of our beloved Sister Sandra Anne Galazin, a woman of extraordinary talents and remarkable achievements. While we mourn her passing, we also rejoice with her as she meets face to face the God she loved and served so well. Sister Sandra died early in the morning of September 26, at the Maryknoll Sisters Center, NY. She was 71 years old and had been a Maryknoll Sister for 47 years.

Sandra Anne Galazin was born on January 5, 1944 in Wilkes-Barre, PA, to Chester and Elizabeth Kockel Galazin, the eldest of three children born to the couple. Sandra graduated from St. Vincent de Paul High School, Plymouth, PA, in 1961 and earned a B.A. in English and History at Misericordia College, Dallas, PA, in 1965. She then taught for three years at Woodbridge Junior High School, Woodbridge, NJ, before entering the Maryknoll Sisters Congregation at St. Louis, MO, on September 7, 1968.

Sandra came to Maryknoll following the Second Vatican Council when the Church and religious were experiencing a period of renewal, religious upheaval, and adaptation to the modern world. Many religious at the time were leaving religious life. It was during this unsettled period that Sandra freely opted to join Maryknoll Sisters Congregation. She did not do this blindly. She wrote to a friend, “….I forgot that going means leaving, that the joy of going to Christ in Maryknoll means sadness in leaving behind meaningful relationships. This affects me more than I know.” But Sandy, as she was affectionately called, never wavered from her decision; she never looked back.

Assigned to the Central Pacific Region in 1969, where she would serve for most of her 47 years, Sandy manifested a variety of interests, and abilities, as well as a global perspective and an admirable cultural sensitivity to the cosmopolitan atmosphere for which Hawaii is known and admired. After a year of teaching language arts in Maryknoll Grade School, Punahou, HI, Sandy focused her ministry upon her commitment to action for peace and justice. For her, in Hawaii, Maryknoll’s attraction to “working for peace and justice beyond cultural and national boundaries, was a lived reality.” Ever sensitive and thoughtful of other people’s needs, she also began by working at Pastoral Counseling Service in Honolulu, where she was coordinator of a program of crisis intervention and personal counseling for residents of a low-income housing area of the city. “I am learning about poverty and public housing,” she said, “It was just what I wanted.” She also joined the staff of Susannah Wesley Community Center, a comprehensive social services organization dedicated to helping and empowering, youth, adults and families who have great socio-economic challenges, move towards self-sufficiency and independence. There she coordinated the Hui Kokua, a program of skill building and leisure time activities for clients from 1970 to1973.

In preparation for making her Final Vows, Sandy returned to the Maryknoll Sisters Center for her Reflection Year in 1973. “During my eight day directed retreat,” she wrote, “I had the opportunity to experience and reflect on the Father’s great love for me and our world, to recommit myself to Jesus and mission, and to nurture my desire for personal and communal prayer and reflection.” Before returning to Honolulu, Sandy earned an MA in Religious Studies from the Maryknoll School of Theology.

Returning to Honolulu in 1975, Sandy joined the staff of Catholic Social Services, where she was a caseworker and coordinator for Operation Aloha, a program for resettlement of refugees from Vietnam, Cambodia and Laos. She also worked for the Diocese of Honolulu as a consultant for Call to Action, dealing with social issues. On August 22, 1976, she pronounced her Final Vows in Honolulu.

Her energy and desire to meet the needs surrounding her, led her to the Chaminade University of Honolulu, where she became a lecturer in the Theology Department and member of the campus ministry team. Gifted with her gentle voice, a radiant smile and a quick wit, she could raise sensitive subjects without offending her listeners. As early as 1978, at a Chaminade University Women and Religion Conference, which she helped coordinate, she expressed her concern about the non-inclusive language in the Church’s liturgy. She expressed it this way, “The need to examine religious symbolism, culture and language and literature to see how these have affected men’s perception of women and women’s role in society.”

From 1978-1985, Sandy worked at Hale Mohalu Ohana, an organization in Honolulu established to enable Hansen’s disease patients to participate in decisions affecting their lives. In this process, she got to know the patients and sympathized with their struggles. She said, “That experience shaped my life.”

Her passion to protect the rights of indigenous and colonized peoples of the Pacific also brought her to serving as Steering Committee Executive Secretary and staff for the Pacific Concerns Resource Center, a networking and coordination center for the Nuclear Free and Independent Pacific Movement, located in Honolulu where she served for the next five years.

Through this experience, she traveled to conferences and meetings in Japan, the Republic of Vanuatu, Philippines, New Zealand, Fiji, Guam, The Republic of Belau, England, France, Germany, Holland, and Switzerland. She also did solidarity work for Central America, and was a Witness for Peace in Nicaragua.

In 1985, Sandy returned to the Maryknoll Sisters Center, where she served as Director of Maryknoll Sisters’ Office for Social Concerns until 1989. Sister Joyce Quinn, writing for the Central Governing Board said, “You bring many gifts and a wide experience to the office…. Yours is a rich background, Sandy, along with an understanding heart, for the task ahead and we look forward to working with you.” After completing this mandate, Sandy was appointed Manager of the congregation’s Communications Office from 1989-1993. Sister Janice McLaughlin, our former Community President, was working in the Communications Department with Sandy at the time of Penny Lenoux’s death with her book, Hearts on Fire, unfinished. Upon hearing of Sandy’s death, Sister Janice wrote, “Sandy worked closely with Robert Ellsberg to ensure that the finished book would match Penny’s style and her passion for the Maryknoll Sisters and their ministry for justice and the poor. Without Sandy’s intervention and oversight, the book would never have been published.”

Sandy returned to Hawaii in 1994, where she earned a M.S.W. at the University of Hawaii, Honolulu, in 1995. She then served for five years as home visitor program coordinator for Hana Like Home, an organization, which works to prevent the occurrence or reoccurrence of child abuse and neglect by strengthening families “at risk.”

During her last 12 years in Hawaii, Sister Sandy worked at Catholic Charities, Hawaii, serving as
Program Director of its Ka Malama ana I ka Punua program for families with infants at risk doing case management work and counseling outreach. She returned to the Maryknoll Sisters Center in 2012 in hope of continuing her mission services at the Center. For a time Sandy volunteered in the Development Department, writing biographies of Maryknoll Sisters until illness compelled her to join Maryknoll Home Care where she died. Sister had generously donated her body to science.