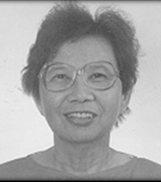 It is with sadness that we gather to remember liturgically the life of our sister Teresita Maria “Tereret” Rellosa who died peacefully on June 12, Philippine Independence Day, surrounded by family members. She was 82 years old and had been a Maryknoll Sister for 53 years.

Born in Pangil, Laguna, Philippines on April 21, 1933, to Esteban and Norberta Rellosa, Sister Teresita Maria, the name she received at her Reception and kept throughout her entire religious life, was baptized Eleonora Rellosa. She was the second of six children.

She graduated from Eastern Laguna College High School in 1950. Before entering Maryknoll, she studied for a time at a Secretarial School. She graduated from Centro Escolar University, Manila with a BSEd in Math in 1974.

After Profession, Sr. Tereret worked for two years assisting the secretary of the Regional Superior, after which she was assigned to Baguio to do bookkeeping. In January 1971 she was assigned to Maryknoll High School in Cateel, Davao, Oriental where she taught Math and Music and also served as the school registrar. Of this period she wrote: “I went to a very remote but beautiful area in Mindanao. . . . Where we lived was very near the shore of the Pacific Ocean which enthused me to push my creativity. . . . I had my Final Profession in Cateel, where I prepared the whole Liturgy and even composed the opening song. ‘With Joy Let us Walk to our God.’ Highlight of the affair was when we all got poisoned by the food we had at supper.”

Sr. Tereret returned to Quezon City in 1977 where she worked in the Region office and did part-time pastoral work until returning again to Upi where she served as School Administrator and part-time pastoral worker from 1978 to 1983. She served on the Regional Governance Team while also doing pastoral work with the Rural Missionaries of the Philippines in Buug, Zamboanga del Sur from 1983 to 1986 and again in 1991. Of Buug she wrote, “I went to Buug without knowing what kind of ministry I would get into, but nevertheless with a clear understanding of what I would like to do. This was to participate in bringing about the Reign of God within the context of the existing reality at that time in the area and I found this to be a real challenge for me.”

She worked in the Development Department/Direct Mail from 1991 to 1994 and then for the ISO-Computer Pool and Center Co-Op. Upon returning to the Philippines Sr. Tereret served as part-time Finance Office at the Institute of Formation and Religious Studies (IFRS) in Quezon City from 1995-1997. From 1994 to 2014 she was involved with a variety of NGO groups, providing volunteer services to Kilusang Magbubukid ng Pilipino (KMP) the organization of farmers who were struggling to gain title to the land that had been promised to them in the Comprehensive Agrarian Reform Program (CARP) of the Philippine government. She also did volunteer work with AMIHAN a peasant women’s organization, and served as treasurer and team member of Suhay Kanayuan where she did community and advocacy work for the rights of indigenous people. She wrote, “Suhay Kanayuan was born in 2008. It offers ways of doing alternative marketing for the peasants; produce and to remove the middle men, putting the farmers in direct contact with consumers. This is our shared mission vision – to realize or rather to continue the mission of Jesus which is I have come so that you may have life and have it to the full. I thank God for all the experience and blessings I received in working with the grass roots in Mindanao.”

She was assigned to Jala Jala, in Rizal Province, in January of 2013 and remained there until August 2014.