Happy New Year everyone! We’ve made it through another very interesting, uncertain year but we have made it.

So with that accomplishment in mind, we say, “Well done and welcome to the year 2022!” May it be a year of discovery, hope, peace and adventure! When one thinks about the new year, resolutions, reflections and traditions come to mind. I found the following excerpts from the Maryknoll Lay Missioners Newsletters collection that touch on each on of these new year’s thoughts. So please take a moment to enjoy these excerpts and the new year ahead!

“What does one do on New Year’s Eve in São Paulo? I don’t know if you remember my description of last year’s New Year’s Eve. I went to the beach by Rio de Janeiro and was amazed with all of the traditions and intricacies that are part of the festivities.

This year, I was in good ol’ Sampa (nickname for São Paulo) and I learned a few new traditions. First, the custom is to make a big dinner that you don’t eat until midnight. So we cooked a pork something (tenderloin, shoulder or something else, I’m not too up on my meats).

Heidi Cerneka, MLM, at a center for women in São Paulo, Brazil

We also made lentils (a New Year’s Eve custom like black-eyed peas in the southern US) and a few other things. The table has to have lots of fresh fruits as well. At midnight, we were supposed to kiss everyone with a bay leaf and some change in our hands, a tradition that is supposed to bring luck and prosperity, I think. We ate grapes and danced to samba music (no, I can’t samba!). Most people dress all in white for New Year’s Eve. Then after the big meal, you head down to the street to greet all of the neighbors and wish them a happy New Year – a nice tradition. My Spanish friends say that, in Spain, you have to eat twelve grapes, one at each stroke of the clock at midnight. The twelve represent the 12 months of the year and bring good luck to you. However, you have to keep up with the clock’s chimes or it is bad luck!

The other huge tradition here is firecrackers. In the city, it’s mostly the ones that explode with lots of noise but give no visual effects. And the whole week before, it’s nonstop “bam…bam…BAM!”

“The old year bowed out with its sorrows and joys leaving with us a lot of memories of a nice Christmas… The new year enters with uncertainties and a world of anxious hearts, not knowing our destiny which must increase our faith in God the ruler of the universe.” These words were written by my grandmother on January 3rd, 1951. The world situation, in the interim, has made few advances, other than in the field of technology. 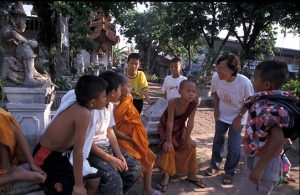 While the individual players on the world stage have changed, human behavior too appears to have advanced little. Perhaps I wax slightly nostalgic as we enter another new year[.] […]As did 1951, the beginning of 2006 also brings with it ‘uncertainties and a world of anxious hearts, not knowing our destiny.’ Knowing however that new possibilities, new opportunities and new challenges are the silent companions of uncertainly, I too pray, as we enter 2006 that, together, in trust, we can face what is yet to be; trusting in the One who tells us to ‘fear not,’ trusting in the One who promises to be with us always.

In closing, I wish you and yours all the blessings that each new year promises and continue to give thanks to and for each and every one of you[.]” 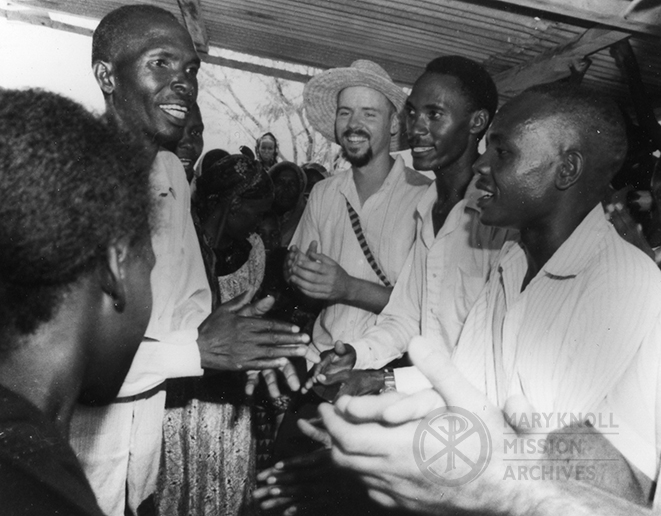 “I pray that your 1997 continues to be filled with blessing. As for myself, 1997 is off to a good start. I’ve been blessed with a gracious return to Good Health. My New Year’s resolution was to try and avoid any new and strange tropical diseases. Unfortunately that was probably the shortest resolution ever. Two days later my ankle swelled up with a mild infection. A few days later, the antibiotics solved that but I pray your New Year’s Resolutions are surviving much better.

I’m sure you are all wondering what the Holidays were like in Bura Tana. […] New Year’s […] was filled with the hope of prayer filled hearts for a better year ahead.