At their Departure Ceremony on February 11, 1976, after six weeks of orientation, the first five Lay Missioners assigned to Africa began their mission journey, opening new mission territory for the program. The three missioners assigned to Tanzania and two assigned to Kenya would be followed in the decades to come by more than 130 lay missioners anxious to make their own contributions. In 1991 the lay missioner presence in Africa expanded as work began in Sudan. In 2002 the missioners work expanded even further to include Zimbabwe. Through the decades these missioners have worked in the areas of health and health care, justice and peace, pastoral ministry, education and sustainable development. They have touched the lives of the people they served, effected change in their mission fields and in return have had their hearts and lives profoundly enriched. The following are a few of their personal reflections on their work and mission experiences: 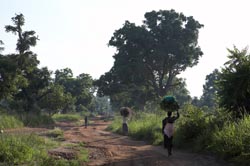 “The people in Africa are my patient teachers. My goofs in the language bring a smile to their faces – and the experience humbles me. No matter how much I have that I want to share in the area of health, they have so much more to give me in the area of human relations. It takes a lot of humility to sit back and learn from them.” 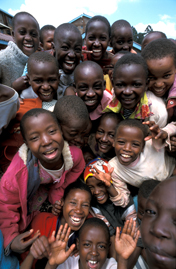 “The other day I had a very typical special thing happen on the way to the clinic. Typical in the sense that it was a birth, and birth is always happening out here. It was special in that I could be of service to my people here. A woman was giving birth on the side of the road – so, we stopped, put her into the Land Rover and took her to a government dispensary.

I held her the whole way – praying that God let her arrive where we could help her the most – and thinking – how strange it would seem to all those fighting over black/white supremacy that here I was holding her – comforting her in her language and being a servant to her. Isn’t that what mission and our lives are about?” 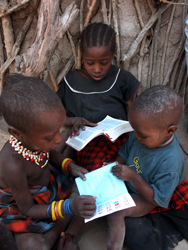 “In May of 1992, the Sudanese government’s army attacked the city of Torit in the southern part of the country, where I was working as a doctor. We were all forced to flee. I had been treating Natalia, the cook at the mission, who had not been able to get pregnant. Her problem was a curable infection. By the time we left Torit she was four months pregnant. Before we were forced to separate, I gave her a supply of vitamins and medicine.

Sixteen years later, I was in Torit for the 25th anniversary of the Catholic diocese there. After the eucharistic celebration, I walked to the back of the crowd and suddenly Natalia was standing in front of me. If hugs could crush, we’d both be dead! She told me she’d had a very difficult delivery and almost died. Then she introduced me to a tall, slim 16-year-old girl – her only daughter. When I asked the girl what her name was, she smiled broadly and said, “My name is Susan.”

Susan, a missioner in Sudan 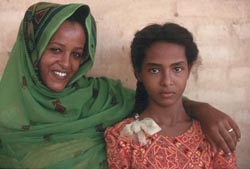 “When a mother and daughter from Minnesota, members of the Maryknoll Affiliates, stopped to visit Musoma, Tanzania, for four days, they worked with us teaching math and reading to the street kids and orphans. The whole neighborhood was reading new books from our backpack library, while some of the kids sang songs and danced to entertain all of us. Here we were having a great time, smiling, laughing, singing, dancing and loving, forgetting for just a short time we are with a mother of six who is dying of AIDS, children with malaria, worms and tuberculosis and a whole neighborhood of children who have very little to eat.” 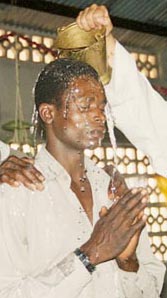 “Recently I went to the Catholic baptism of eight condemned prisoners in Mombasa, Kenya. I serve all condemned prisoners in a social service capacity regardless of their religion, but knowing I’m a Catholic missioner, these men asked that I be present.
The baptism took place in the courtyard outside the “death row” cell block where they live.

The Mass was celebrated in simple fashion, yet so genuine, so lacking in pretense. The prisoners asked me to say a few words at the end. In my broken Swahili, I told them how moved I always am to see the faith of Christians and Muslims alike in the prison – how deep and honest their faith seems to me.  I reminded them that they experience Christ in a way that most other people cannot – as men condemned to death as common criminals just as Jesus was.

Upon leaving I heard a loud “Allah Akbar” as the Muslims in the block began their midday call to prayer. What a blessing to experience the profound depth of faith and spirituality of all these men awaiting execution.”