This spring, during New York State’s mandatory work from home order, I was able to put my focus and attention onto some projects that had been sitting on the back burner.  One such project was working with the Maryknoll Lay Missioners’ digital files.  While processing these files I learned about projects their missioners worked on in Asia in the early 2000s.  Below you can read about two such projects, one in Cambodia working with the deaf population, and the other in Thailand working with Burmese refugees. 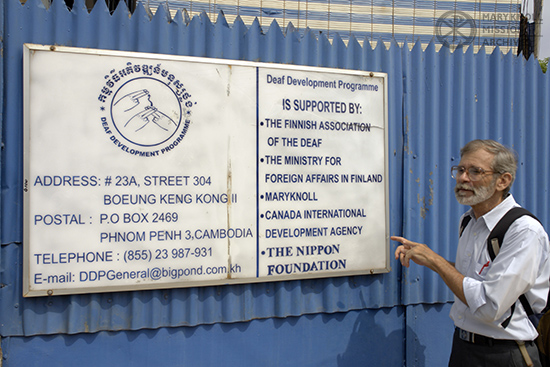 The Deaf Development Program was begun by a young deaf woman from Finland, sent to Cambodia by the Finnish Association of the Deaf in 1996 to assess the situation of the deaf community there.  She began locating deaf people and informally bringing them together.  In this work, she was assisted by a list of deaf people that had been created at the prompting of Maryknoll Father Jim Noonan.  Working with her was Judy Saumweber, a Maryknoll Lay Missioner who was advising the Cambodian Disabled People’s Organization (CDPO).

With funding from the Finish Association of the Deaf, the Deaf Development Program teaches basic literacy, simple mathematics, and sign language to the deaf people in Phnom Penh and four provinces (Banteay Meanchey, Kampong Speu, Kampot, and Svay Rieng) where the Cambodian Disabled People’s Organization had branch offices.

In 2001, Fr. Charlie Dittmeier, an Associate Priest with the Maryknoll Lay Missioners became an advisor to the Program at CDPO.  However, during that time the CDPO’s deaf program dissolved and Maryknoll stepped in to keep the Program alive.

Today, “the program offers sign language, education, vocational training, and basic life skills to deaf individuals. Besides efforts to promote a national sign language, the program fosters leadership skills and the establishment of deaf organizations in various areas. It has three community centers for students and members of the deaf community to participate in social activities, sports, and adult education.” [Taken from Fr. Charlie Dittmeier’s profile on the Maryknoll Lay Missioner’s website]. 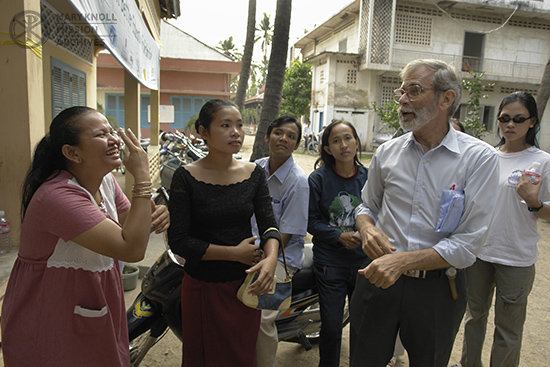 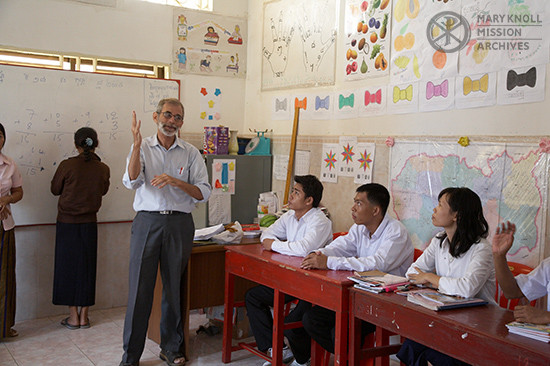 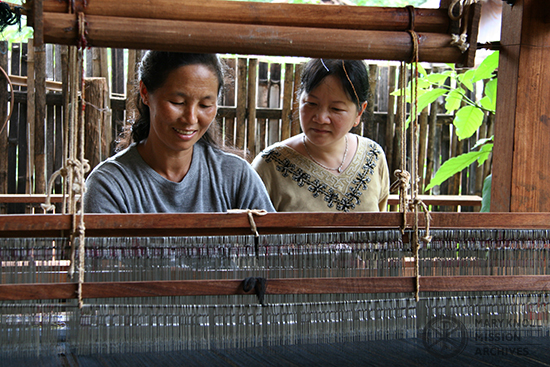 The Kachin people of Baan Mai Samakii migrated from the Kachin State of Myanmar (Burma) to Thailand, its neighbor to the south. The Baan Mai Samakhii Village was a small community, approximately 5 km from the border.  Most of the villagers fled Burma and because most were from ethnic minorities or hill tribes, they held no legal documents and most had little or no formal education.  All people in the village had seen first-hand the atrocities of war – some were former rebel soldiers, some former Burmese soldiers. Most have at least one, and many entire, family members who were killed while in Burma.  Because the village was near the border, there was continual fear of ongoing fighting on the Burmese side spilling over into Thailand.  The area was also highly sensitive to drug trafficking and drug use.
Maryknoll’s work with this Kachin refugee village began in 2000 with Society Member, Father Tom Dunleavy and Lay Missioner Billy Doerner.  In 2001, Karen Hill moved there and continued to develop the project.  Tawny Thanh and Hiep Vu took over the work in the village in 2003.

The goal of this project was to assist the Kachin refuges to become economically self-sustainable and obtain some form of identity to begin a new life in Thailand.

There were numerous projects within the Village that the Lay Missioners were involved with:

Tawny detailed her time at the refugee village in her newsletters.  Here is an entry from October 2003:

“We are sitting on the balcony of the thatch-roofed house in Baan Mai Samakhii, a Kachin Refugee village.  The open steel pipe was built a few months back; it runs along the roof to capture the rainwater and lead it down to a big clay tank.  The tank is always full of water during the rainy season.  We thank God for the rainwater; the villagers do not have to go too far to fetch water.  The garden is always green with all sorts of vegetables to eat.”

“The Kachin refugees [are] rejoicing because we just provided a machine that produces bamboo stripes for them to make cabbage baskets…Learning to weave baskets gives them another occupation that they can rely on during the dry season.  They can sell each basket for 3 baht (about 8 cents).  After a while, they can weave faster and earn as much as for a day working on the farm: 100 baht ($2.50).” 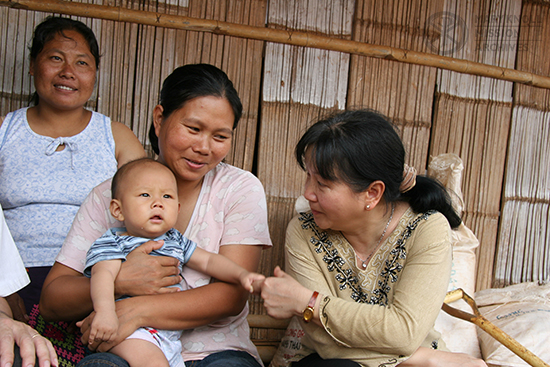 Tawny Thanh visiting with a mother and child, Thailand, 2005 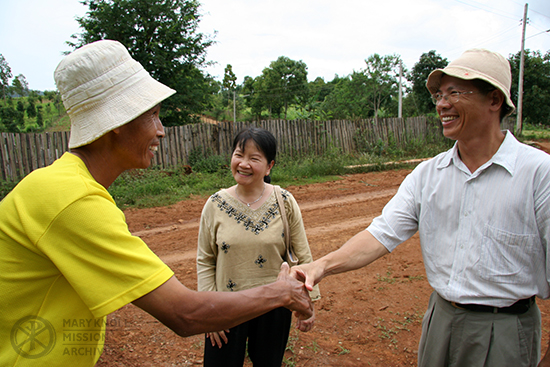 Tawny and Hiep continue to work as Maryknoll lay missioners. Since 2016, they have been working near Cochabamba, Bolivia, accompanying underprivileged children with their educational and nutritional needs and teaching computer skills.

All photographs by Sean Sprague.