Is winter really almost here? The current temperatures and prediction of a Christmas day in the upper 60’s certainly lead one to ponder this question. So on this mid-December day, when short sleeves seem more appropriate than the usual warm snugly sweaters, we invite you to reminisce with the Maryknoll Sisters on some truly snowy winters past.

“The 40’s included some ‘old fashioned’ winters which meant subzero weather, blizzards and icy, hazardous roads, with frozen and burst radiators and broken bones. In December 1942 it was 18º below, the coldest in 70 years.

It brought back memories of ’26 when Sisters were mostly confined to the houses in which they lived on the old compound across the road. That winter Sisters who could not be spared from kitchen and office were transported by a sleigh and a couple of trusty horses. During the storms of ’42-’43, Father George Daly, the Fathers’ Procurator, arranged to have that ’26 performance repeated. The only difference was that the Sisters had a longer ride, for the ‘pung’ or sleigh had to come to the Motherhouse across the road to pick them up. ‘Twas fun, though, while it lasted, and that was for many days.

Not since 1888 had there been such a snowstorm as in 1947. Twenty-two inches of snow fell in sixteen hours and ‘buried’ trucks, cars, and trains so all transportation was crippled for twenty-four hours or more. For the first time in our history, no mail came through to our Post Office.” 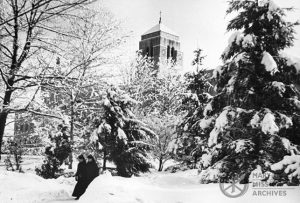 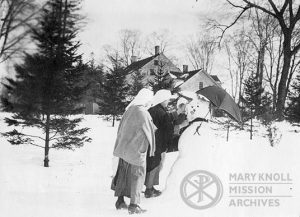 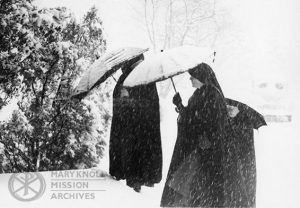 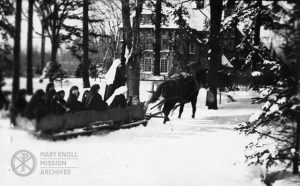 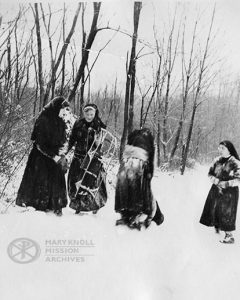 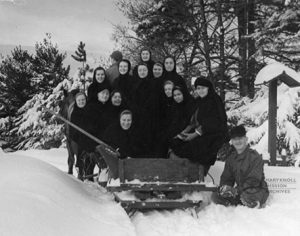 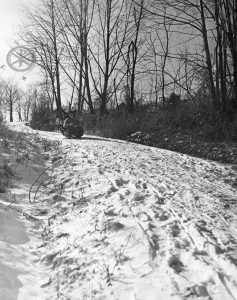 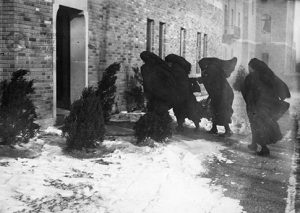 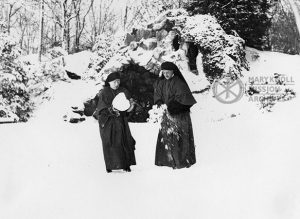