Adventure Awaits. Two very inviting and intriguing words when put together. For who is this adventure awaiting? That was the very question on the each and every Sisters’ mind as they sat listening in anticipation for the moment when Fr. Superior would read the list of assignments. Who would the first group of Sisters departing for China be? Let’s take a look in the Sisters’ Mission Diaries collection to see how this day of waiting unfolded!

Meeting of the Council to vote on the Sisters to be sent to China and to staff the missions in Los Angeles and Seattle.

The Ceremony of the reception of the habit for Sr. Marianna, our Japanese postulant, was at five o’clock. Fr. Superior was delegated to receive her.

Several of the Maryknoll priests were present at the ceremony, also two Sisters of the Presentation, Srs. Philomena and Bernard, from St. John’s, Nfld., who, escorted by Dr. Browne, stopped off at Maryknoll for a few days visit en route to Washington, where they will attend the Sisters’ College. At the close of Fr. Superior’s remarks, he read the list of assignments, taking these in the order of the foundation of the different houses, thus ‘China’, which all looked for to be read first, came at the very end. These appointments are as follows:

Our Lady of the Missions (The Venard)
Superior, as at present, Sr. M. Theophane, and Srs. M. Thomas, Veronica and Stephen, with postulants as needed.

Maryknoll-in-Seattle
Superior, as at present, Sr. M. Gemma, and Srs. Anthony, Aloysius, John; and for training at the Providence Hospital, which is across the street from the Kindergarten and Convent, Srs. De Lourdes[,] Ursula and Mercedes.

[…]Benedictions and the singing of the Magnificat closed this memorable event.

Restraint was a negligible quality while the congratulations were being extended, and even the feast-day supper was totally ignored, until after some unsuccessful attempts Mother M. Joseph was finally heard starting ‘grace’.”

It would not be until the August 1921 issue of The Field Afar that this much awaited news would reach the masses! 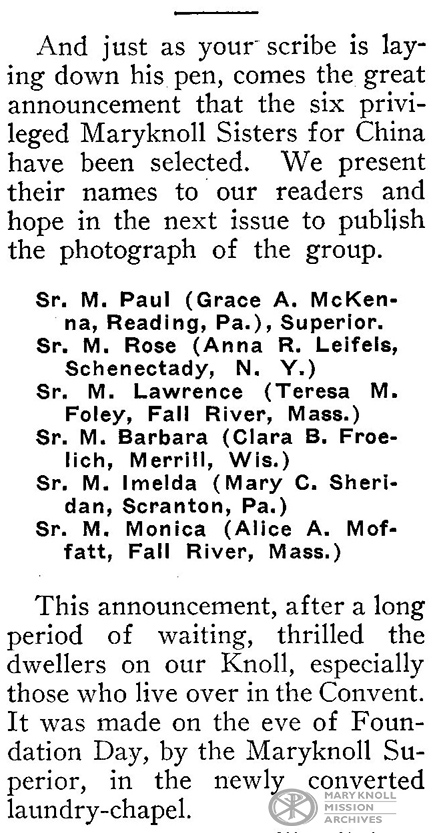 “And just as your scribe is laying down his pen, comes the great announcement that the six privileged Maryknoll Sisters for China have been selected. We present their names to our readers and hope in the next issue to publish the photograph of the group.

This announcement, after a long period of waiting, thrilled the dwellers on our Knoll, especially those who live over in the Convent. It was made on the eve of Foundation Day, by the Maryknoll Superior, in the newly converted laundry-chapel.” 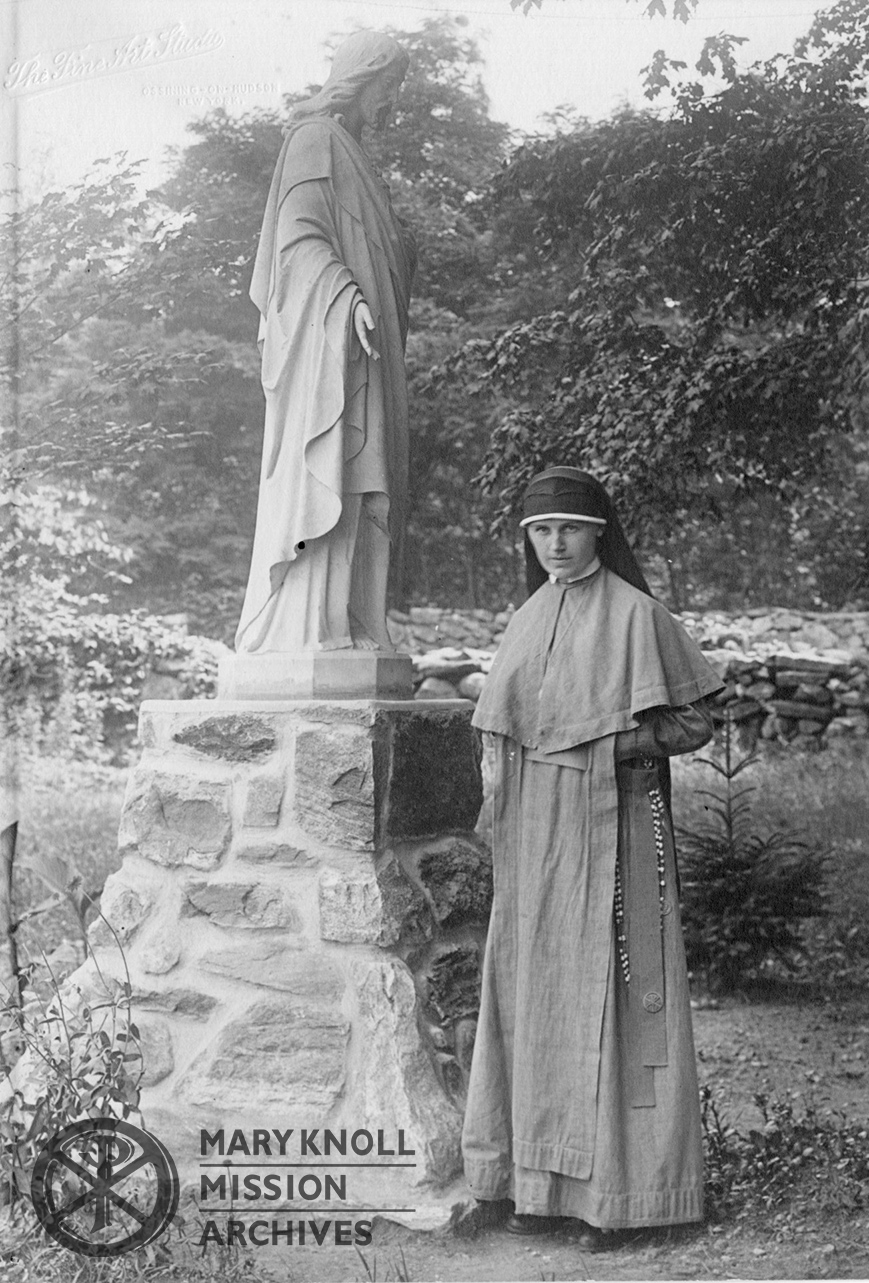 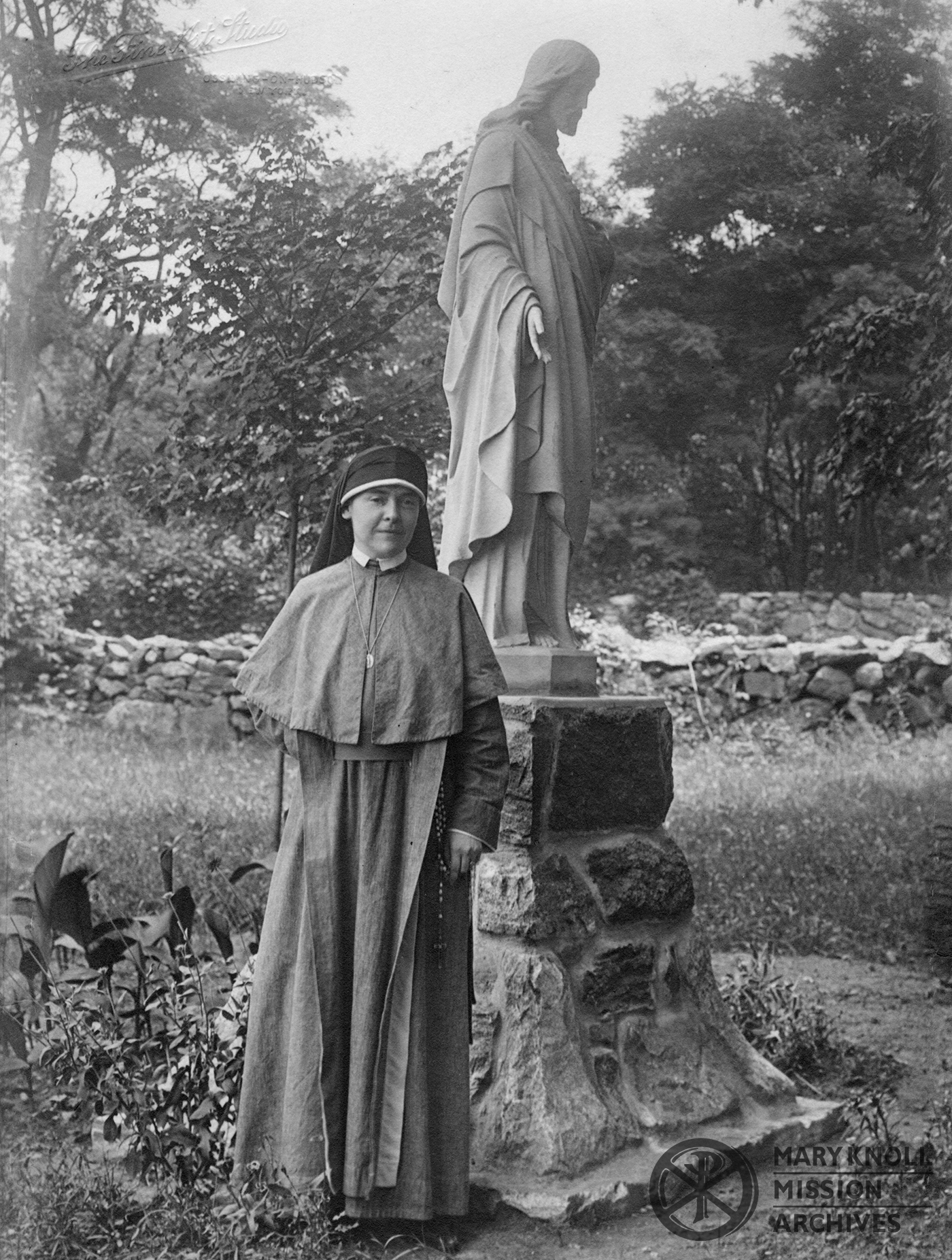 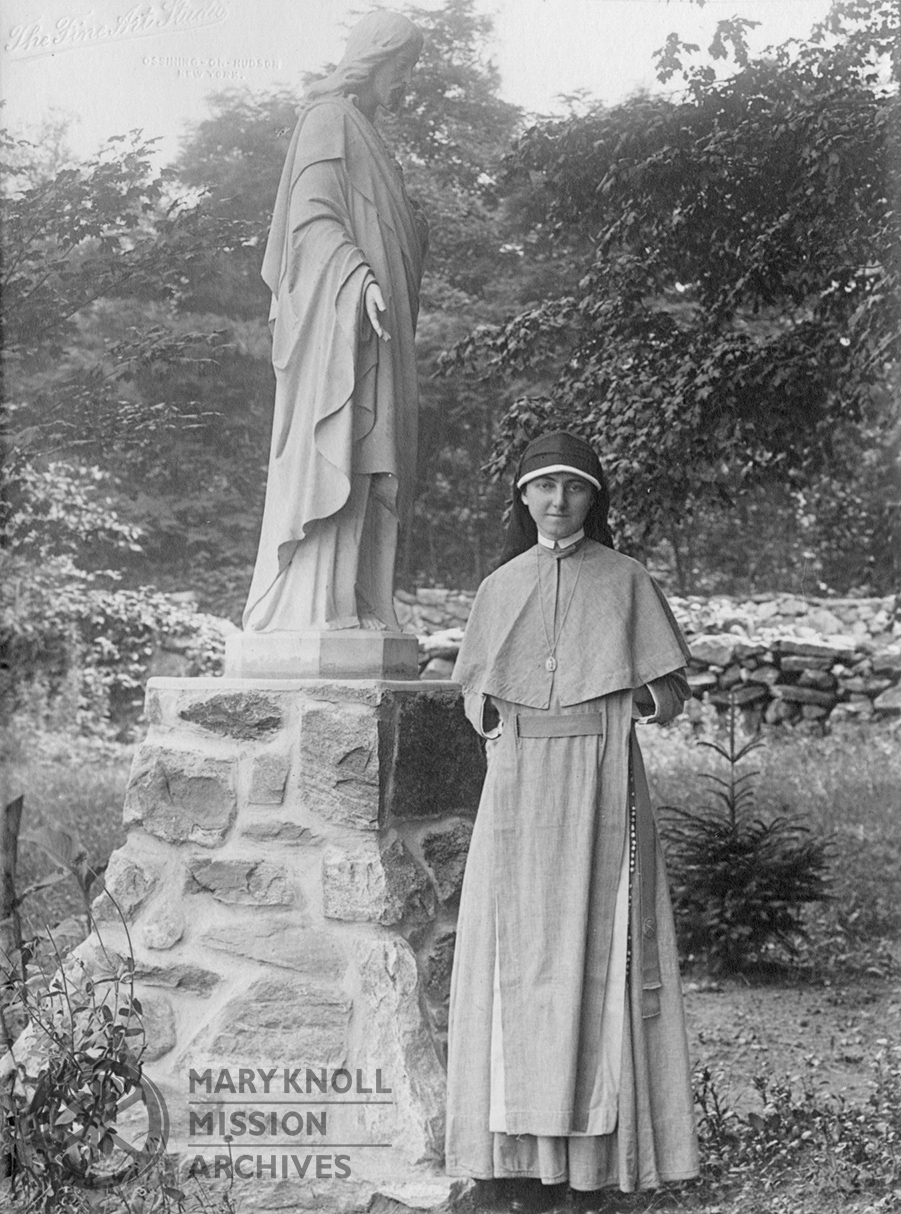 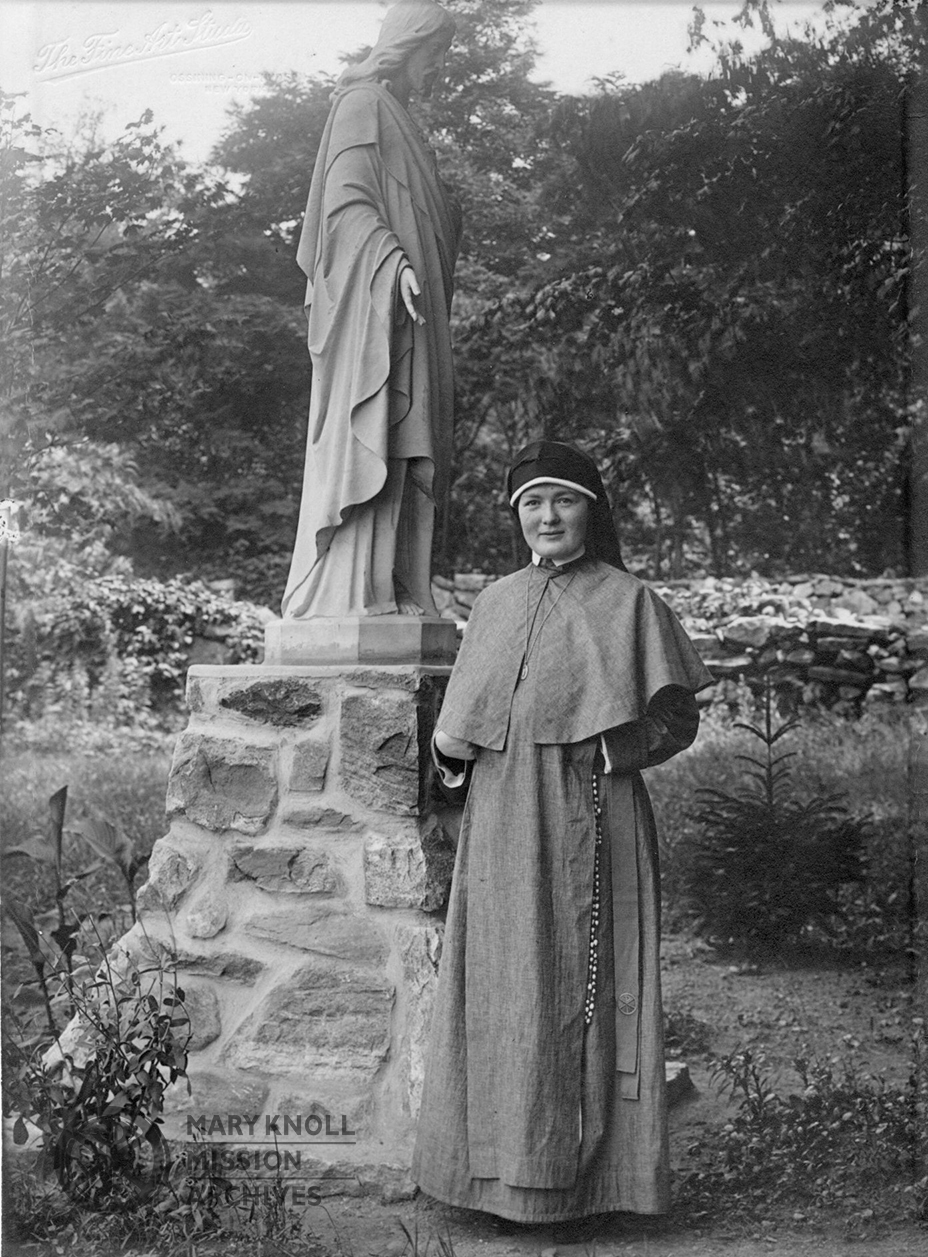 To find out more about these six women, check out Archives Illuminated on September 1st to read an upcoming post entitled First Sister Missioners to China.
Lastly, let us look back upon their departure day and see the build up to the main ceremony!

Fr. Superior sang High Mass and so did we – even if Father did say it was the worst he had ever heard[…]We knew it was not good so there was no crushing effect – but we promised ourselves to do better in the afternoon. Rehearsal was due at 9:30, and to our surprise, Bro. Dirkx was director. He drilled us on the Benedictus at real time so we didn’t drag and then went through everything else except the Departure hymn. For dinner the refectories were prettily decorated – Sr. Helena and Dr. Stone in charge, I think – and the sunflowers everywhere made it bright in spite of pouring rain. (It did look as if the weather saint had gone back on us) Announcements made us cheer and laugh as if we were at a Harvard – Yale game. Sr. Veronica, destined for Scranton, was told she [is] for Monrovia – and some even dared ask, ‘Where’s that?’ Sr. Columba and Sr. Margaret Mary replace Srs. Catherine and Paul on the Council. Sr. Teresa is first councilor. ‘Father Francis’ is in charge of postulants and Sr. Agatha, the angel in Our Lady’s Dormitory. The corporation has been formed, too. After dishes, which took a long time, we shined up our faces and our shoes and swallowed hard for the supreme hour. Guests arrived, among them were Annie McCabe, Miss Ward, Dorothy Nauman, Fr. Byrne’s sister, Sr. Lawrence’s brother, Sr. ‘Meldie’s aunts and many more whom we don’t know. The line of chairs outside the Chapel extended far. At about 4:00 o’clock, the departure Bell rang and the Sisters filed into the Chapel at the back.”

And with that walk into the chapel, the departure ceremony would begin. To see the continuation of this dairy entry, please venture back to our blog on September 12, 2021 at 4pm to read details about the ceremony exactly a century later!