First stop – language school! Nearly every Maryknoll Society member begins his foreign mission career learning the language of his new home. Over the years, Maryknoll established language schools in most of its mission locations. Once there, students spent around six hours a day, five days a week, learning the ins and outs of the languages of the people they would serve. Language school could take up to two years, depending on how challenging a Maryknoller found his dialect of choice. Students also learned about the cultures they would join as missioners. They experienced food markets, church services, social clubs, and other facets of everyday life. And part of learning the culture was having adventures. Maryknollers’ adventures at language school came in many shapes and sizes, as you can see below. Whether they were visiting a cultural site or making new friends, Maryknollers knew how to make their time in language school exciting! 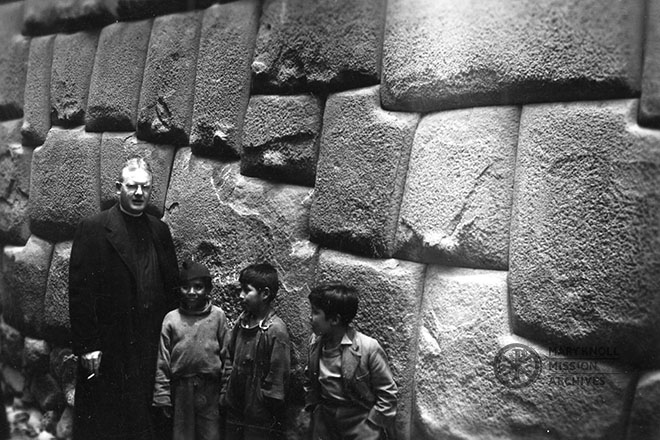 “With two feast days and a civil holiday coming up Father [James] Ray orders that the house be closed up and takes his charges to see the sights of Cuzco and Puno. We board the night train from Arequipa and arrive safely in Cuzco the following day. Blessed with fair weather we visit the pre-Inca and Inca ruins in and around the city… Perhaps the most famous [archeological site] besides that of Machu Pichu is the ancient fortress of Sacsayhuamán. Archaeologists believe that there is nothing in the world to be compared with this fortress as a construction. Three gigantic tiers of symmetrical walls cornered with granite blocks 12 feet thick and 20 feet high form a three layer stronghold more than a half mile in length. No cement or mortar was used to hold this construction together. The boulders were fitted and shaped so accurately that a knife blade cannot be thrust between them.”

“One October weekend, we bussed to Serengeti National Park in Fr. Dave Jones’ Family Centre bus, stayed at the youth hostel, but ate at the luxurious stone, glass and natural wood lodge. We saw a total of 30 lions! [Carl Meulmans] claims it was 40. At one point the bus stalled 50 yards from 9 of them. Mick Smyth gingerly stepped out. A lion got on his feet. Mick turned to run back, but Carl was blocking the door taking a snapshot of the lion in action. Bill Vos (Maryknoll Associate from St. Cloud Diocese) on top of the bus calmly assured Mick it would only take the lion four seconds to get there. Eight of the bravest finally pushed the bus as the rest of us kept close watch on the lions.” 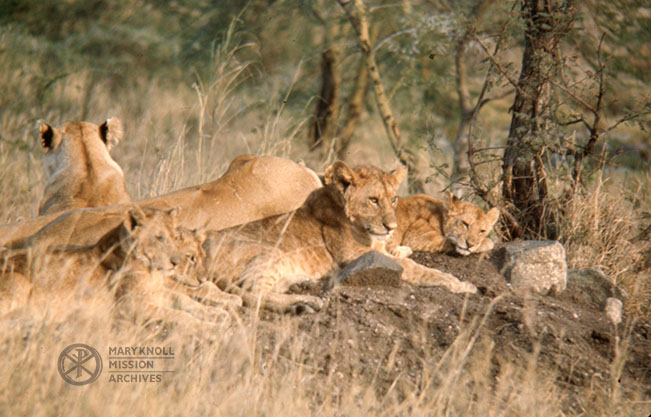 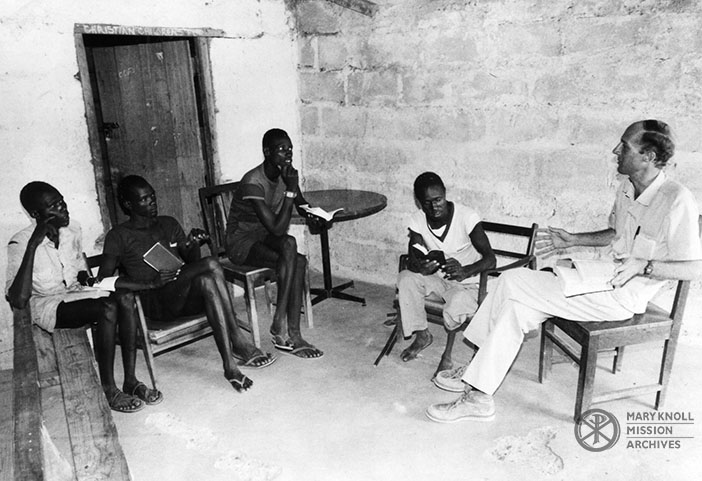 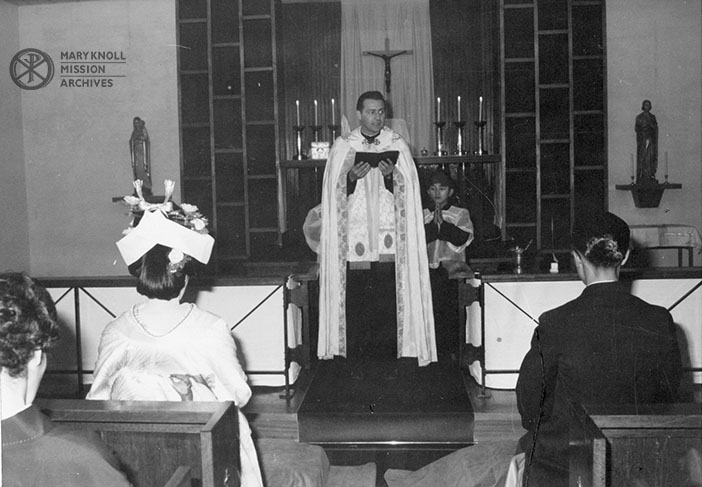 “The Fathers who attended the Franciscan language school thought it would be a good idea, for the purpose of exercise etc. to arrange for a soccer game with the students from Sophia University… So we began to play – eleven men against ten, when we could have used a dozen more – six on the field and six substitutes. In the opening minutes of the game, the Fathers showed signs of promise and displayed their ability…. However, as the game wore on and the priests wore out, the University students decided to score a few goals for safe keeping. The Fathers began to run longer in the same spot, while the students ran around us as though they were on bicycles. The final whistle ended the 3-1 match, and while the Fathers supported each other off the field, the University students were busy practicing for their next game. Some of the comments after the game were the following: Fr. [James] Gorman, “If I never see a soccer ball again it’ll be too soon”; a Columban Father, “Bygore, I’ve played me first and last game of this nonsense they call soccer”; an Australian Father, “Cricket was never like this.”