April 20 is Chinese Language Day, a commemoration I’m sure many Maryknollers will be happy to celebrate. Throughout Maryknoll’s time in mission, Fathers, Brothers, Sisters, and Lay Missioners have all spent time in Chinese-speaking places. To English-speakers, Chinese can be very difficult, but Maryknollers have always been up for a challenge.

On the first mission to China in 1918, Fathers Walsh, Meyer, Ford, and Price all needed to learn Chinese if they were going to understand and be understood by their new congregations. Fr. James E. Walsh remarked in his travel journal as they stayed in Canton (now Guangzhou) “We have begun the study of Chinese. We spend four hours a day with our teacher and are keeping very busy. The language is quite difficult – at least at first. It is quite unlike any other tongue, being monosyllabic and depending a great deal on variation of tone to distinguish between words and express ideas which we convey by inflection.” Even with many weeks of travel to prepare, the new language, traditions, and way of life continually surprised those first missioners.

Maryknollers continued to study as missions to Chinese-speaking locations expanded. Sr. Madeline Karlon missioned in southern China and New York’s Chinatown for 32 years and taught catechetics and English. She also wrote about learning Chinese as an English speaker. For her, the language presented an exciting opportunity. As she wrote, “Chinese has a logical structure based on a very solid foundation of pictured objects. Once a pictograph was established, it conveyed a clear meaning which even children or uneducated persons had no difficulty in grasping.”

Below you can see a sample of one of the Chinese workbooks used by Maryknollers to learn the language before and during their missions. This book belonged to Fr. Bernard Meyer, one of the first missioners to China. We hope you can learn something new from it too! 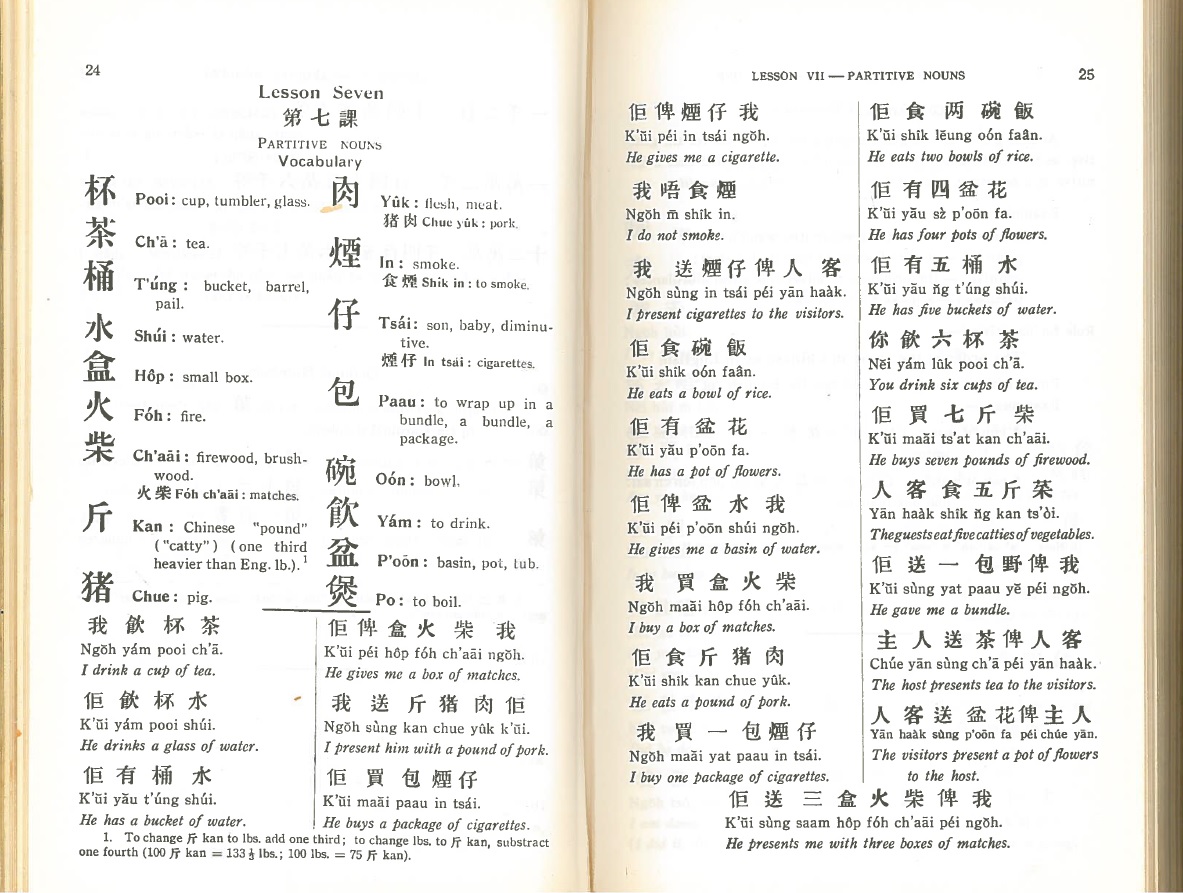