Opening Our Eyes, Lives and Hearts

Who we are and who we are becoming through our personal evolutions with each passing day is shaped by events, experiences (daily or once in a lifetime) and encounters throughout our lives. It always amazes me how one brief encounter with someone that only crosses our path once can create a profound influence upon us. There was a deep meaning found or message transmitted in that moment. No matter how long or short our interactions are they have an effect upon us and make us who we are, change our views, “open our eyes, lives and hearts” to that which before we did not see, experience or feel. Take a moment to think of someone who had an impact on your life and read this beautiful prayer written by Steve Hicken (Maryknoll lay missioner).

We, who gather here today,
give you thanks
for opening our eyes, lives and hearts
to people of lands beyond our horizons.

During our pilgrimages
of encounter with people
in lands no longer so far afield,
some part of us has sprouted
and seeks now to grow in the beauty of the garden of our
hearts.

We pray that you teach us
how to care for this seedling of solidarity
of hope
of healing.
We pray for good soil, rain and sunshine
So that our seedling within
may endure the test of time and seasons.

We who gather here today
give you thanks
for worldwide hearts.

Below are two excerpts from letters written by lay missioners telling of their experiences and expressing their thanks for that moment and what they learned from it. 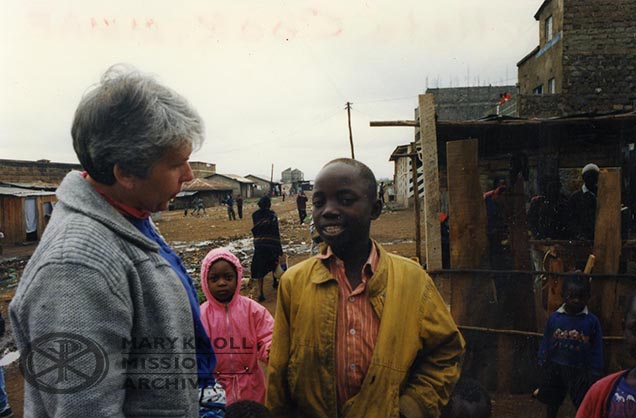 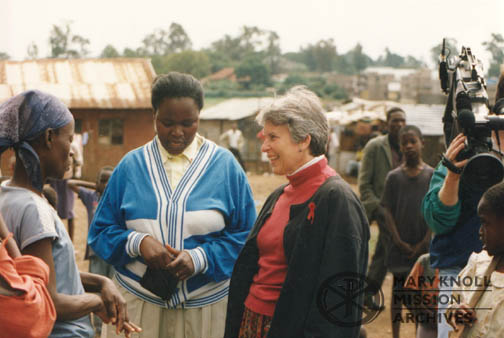 “As I wrote last time I was to begin a course on Health Ministry in an African context. It was a wonderful experience. A lot of work in a short time but really worthwhile. One of the exciting things about these courses (Maryknoll Institute of African Studies) is the opportunity to meet, study with, [and] learn from all kinds of professionals from different African countries as well as USA and Europe. During the session I attended there were folks from Nigeria, Ghana, S. Africa, Uganda, Sierra Leone, Tanzania, Kenya, Ireland, Germany and USA. Folks who had worked in or were en route to Sudan, Rwanda, Philippines, Kenya, or back to their own countries. A very enriching experience!

What I learned about health and healing will be invaluable to me in my work. Africans focus on life. In fact in some African languages the word for life is the same as the word for health. Health is viewed holistically, not so compartmentalized as we do in the West. My experience researching the work of our Community Health Workers was truly profound. I had often asked them about their work but never had the opportunity to discuss it with them in such depth. I learned more about some of them in an hour-long interview than I had in working with them for several months. I was looking at their work as a type of healing, not sure if they recognized it as such. In fact they do and realize they have been gifted by God to do this work. Their neighbors are fortunate to have these people among them.”

“I have been teaching English to varied groups of people.[..] One group of 7 that meets at nights is composed of nurses and teachers. Here in East Timor, June 26th was designated as the day to remember victims of torture and to say ‘Never again in East Timor!’ People all over the country were lighting candles at 6pm and remembering friends and family who had been tortured and/or killed during the Indonesian occupation.

I brought candles to the class but was afraid to begin the class with such an emotional moment. I conducted a class about world geography, so that the teachers and nurses would become familiar with English terminology. Then I asked them if they wanted to light candles and pray for people they knew who had suffered torture or who had been killed.[..] I thought perhaps this whole issue was so traumatic that nobody wanted to be in public when they lit their candle and remembered.

When I showed them I had brought candles, in one breath they all said, ‘Yes, I want to pray.’ One of the older teachers then said, ‘It hurts to remember, but we have to think about people we know. We have to remember them.’ So we put away the world map we had used during class on a desk for an altar cloth and put a large white candle on it.[..] Each of the men (there are only men in this particular group) took a small candle and lit it. I read a passage from the Gospel of John that speaks of there being no greater love than to lay down one’s life for one’s friends, and then Emilio read the same passage in Tetun. We sat in silence for a while, and then Florindo closed the time with the Our Father and the Glory Be. I thought it was over and moved to stand up. One of them began to speak, and so I stayed seated.

For the next 45 minutes they told their stories to each other and to me.[..] Then they asked me about Cambodia. I told them what I had heard of the genocide times there and what I saw/heard of during the coup of 1997. We spoke of other countries in the world where atrocities have happened.

As in Cambodia, I am in awe of the strength of people who have suffered so much. I am in awe that these men are able to function in professional positions. They are in caring professions such as teaching and nursing despite being so traumatized in their teenage and young adult years. Knowing something of their histories and knowing what they do everyday gives me hope for the future of this country and of the world. When people suffer so much and still reach out to help someone else, there is hope.” 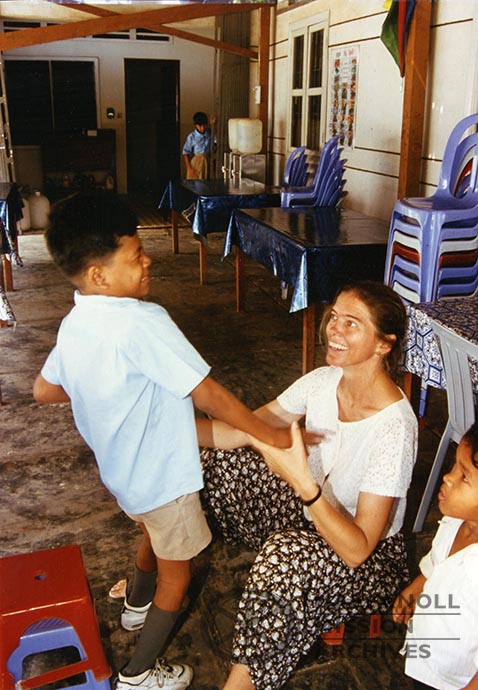 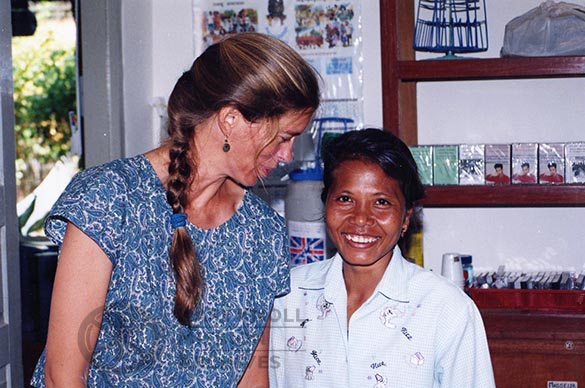