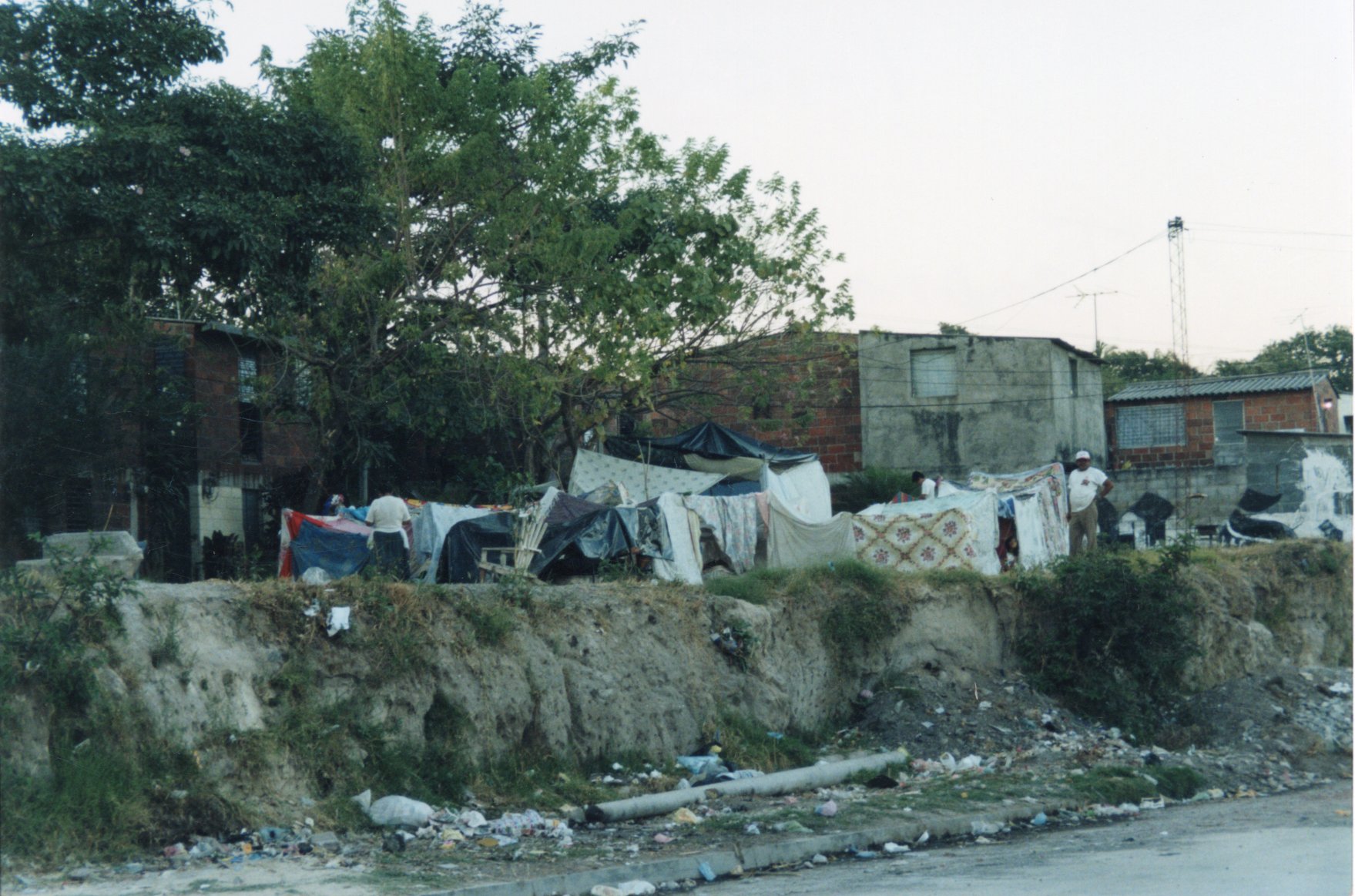 When the harshness of Mother Nature comes knocking, people from all walks of life are affected. Natural disasters do not discriminate whom they affect, but those in well off communities have the ability to quickly recover. They can rebuild their homes, keep food on the table, and still have a notion of comfort even at the epicenter of a disaster. On the other hand, poor communities are left picking up the pieces, reliant on aid to just survive through the aftermath. One Maryknoll Lay Missioner, Margaret (Gigi) Gruenke, found herself helping those in need during the 2001 El Salvador earthquakes. 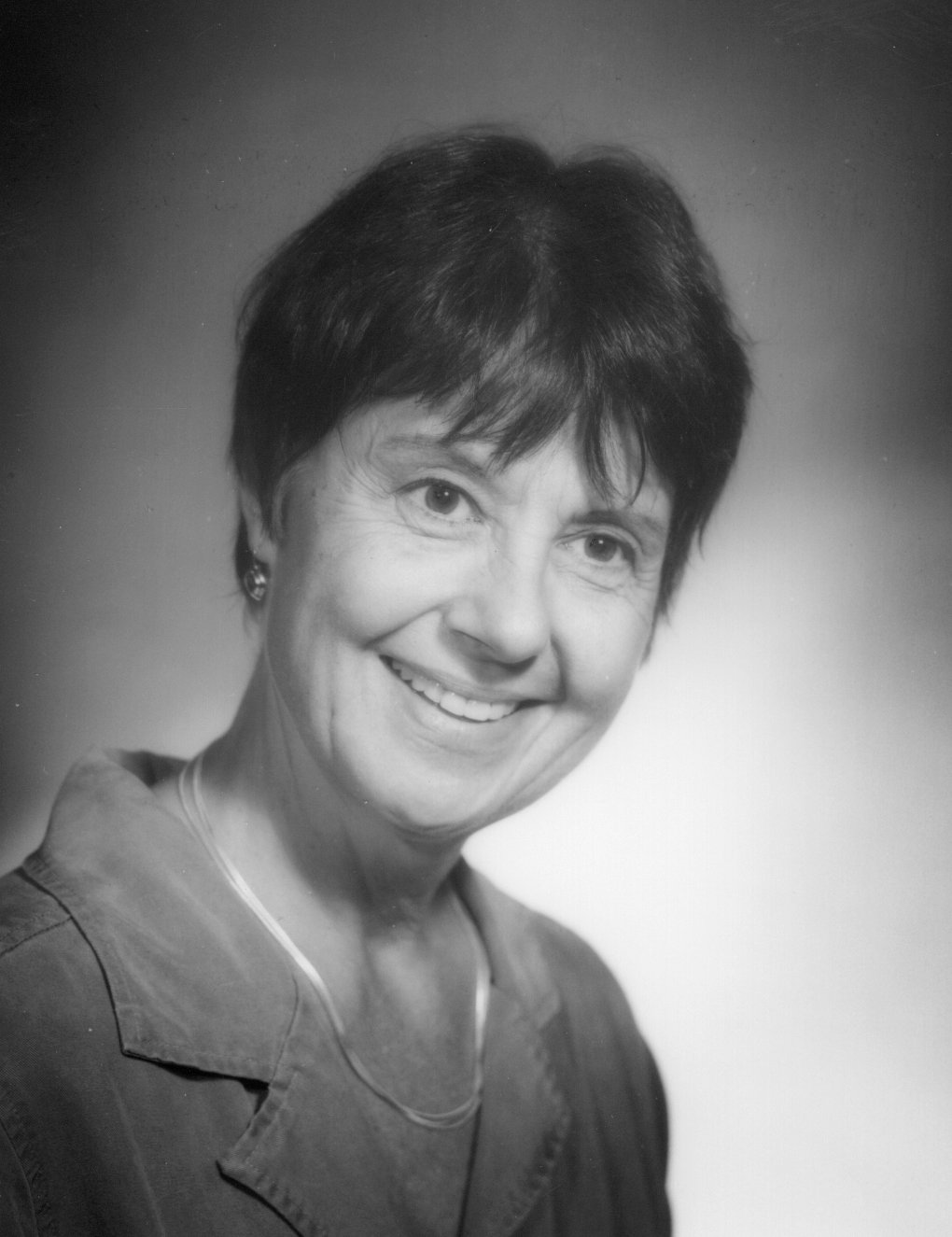 Gigi Gruenke joined the Maryknoll Lay Missioners in 1999, leaving for El Salvador in December. Her ministry was social work and scripture study, helping those in and around the capital of San Salvador. Gigi and her fellow Lay Missioners worked with two parishes in particular, communities high up on the San Salvador volcano. She was in the area when on January 13th, 2001, the first of two major Earthquakes hit El Salvador devastating the country. These communities were greatly affected by both earthquakes, but received little aid from the government. It was up to Gigi and her greater Catholic community to help them rebuild.

60-year-old Aminta was left to remove her own rubble and improvise a room of tin scraps. She cried when she showed me her life’s belongings piled up on her bed, explaining that she can only sleep sitting up due to the lack of space.

Gigi wrote about the experiences of herself and many others in the February 2001 edition of the “Friends in Mission” newsletter. She explains that the people were in a state of “hyper-alertness, anxiety, and grief”, caused by the Earthquakes and constant aftershocks. For a country that has seen decades of warfare and political strife, it was unfortunately a known anxiety. Schools were closed indefinitely, people were buried under rubble and landslides, and what aid existed was fought over by Politicians. This meant that the most affected areas, such as the community Gigi lived in, received essentially nothing from the Government. Unable to stand idly by, Gigi went to help however she could in these communities, and appealed to people back home to help support her efforts.

Juan Carlos, a 13-year-old boy who lives in the new Maryknoll parish told me about being buried in a landslide when the first earthquake hit. Fortunately, he was dug out. He was somber as he sat in the family’s damaged home under a picture of Jesus which bears the inscription: “Rivers of Living Water”! 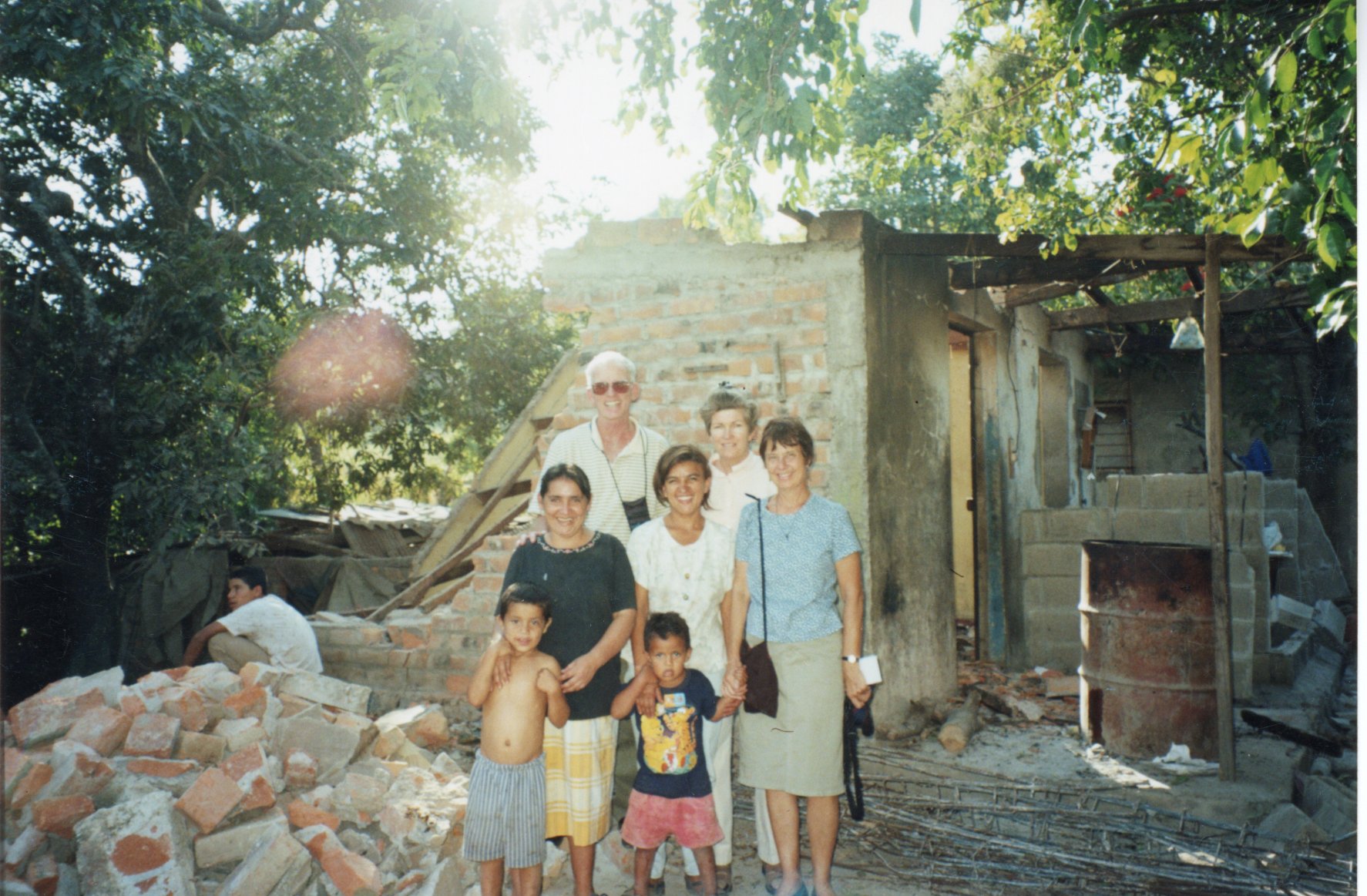 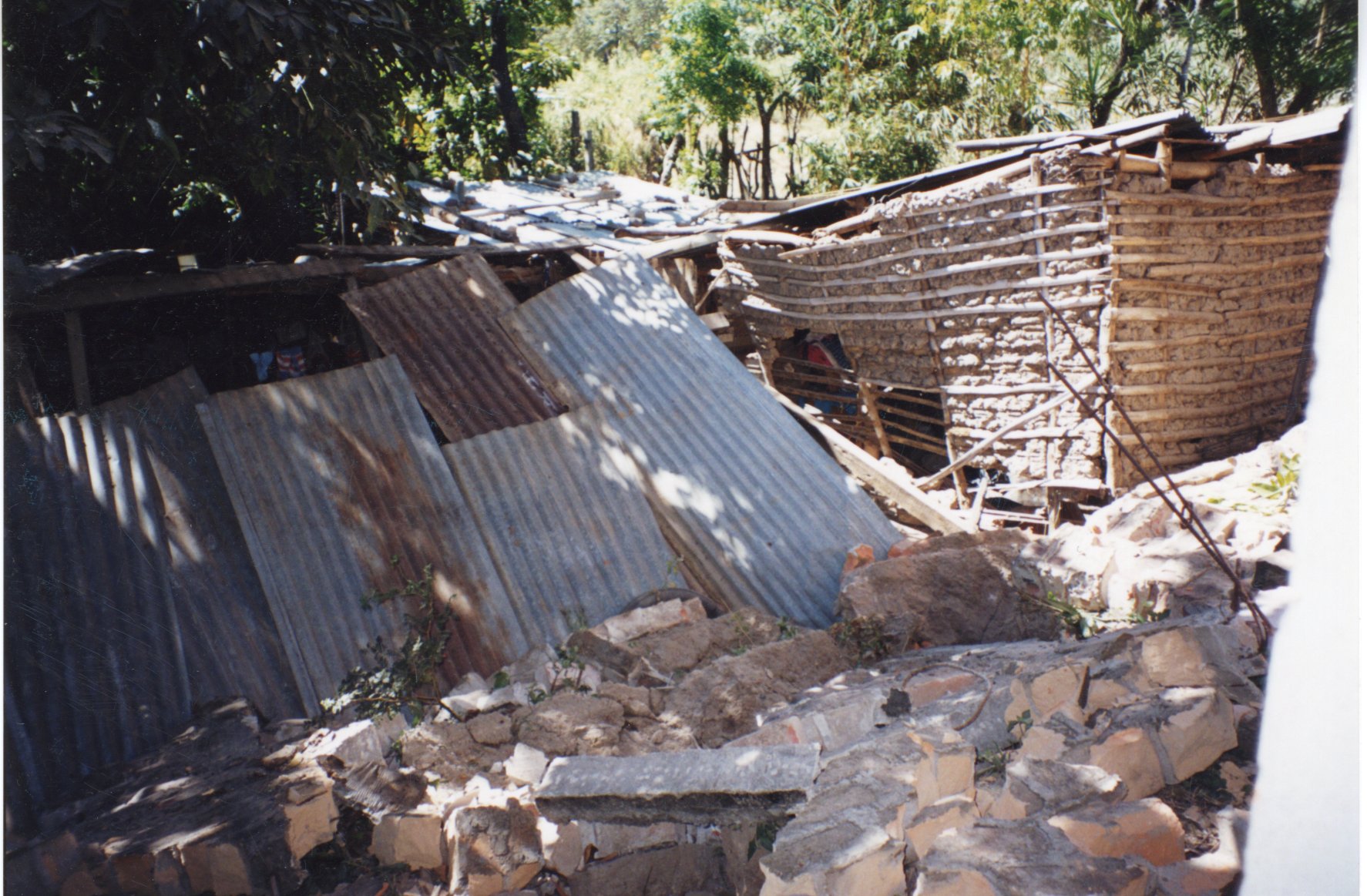 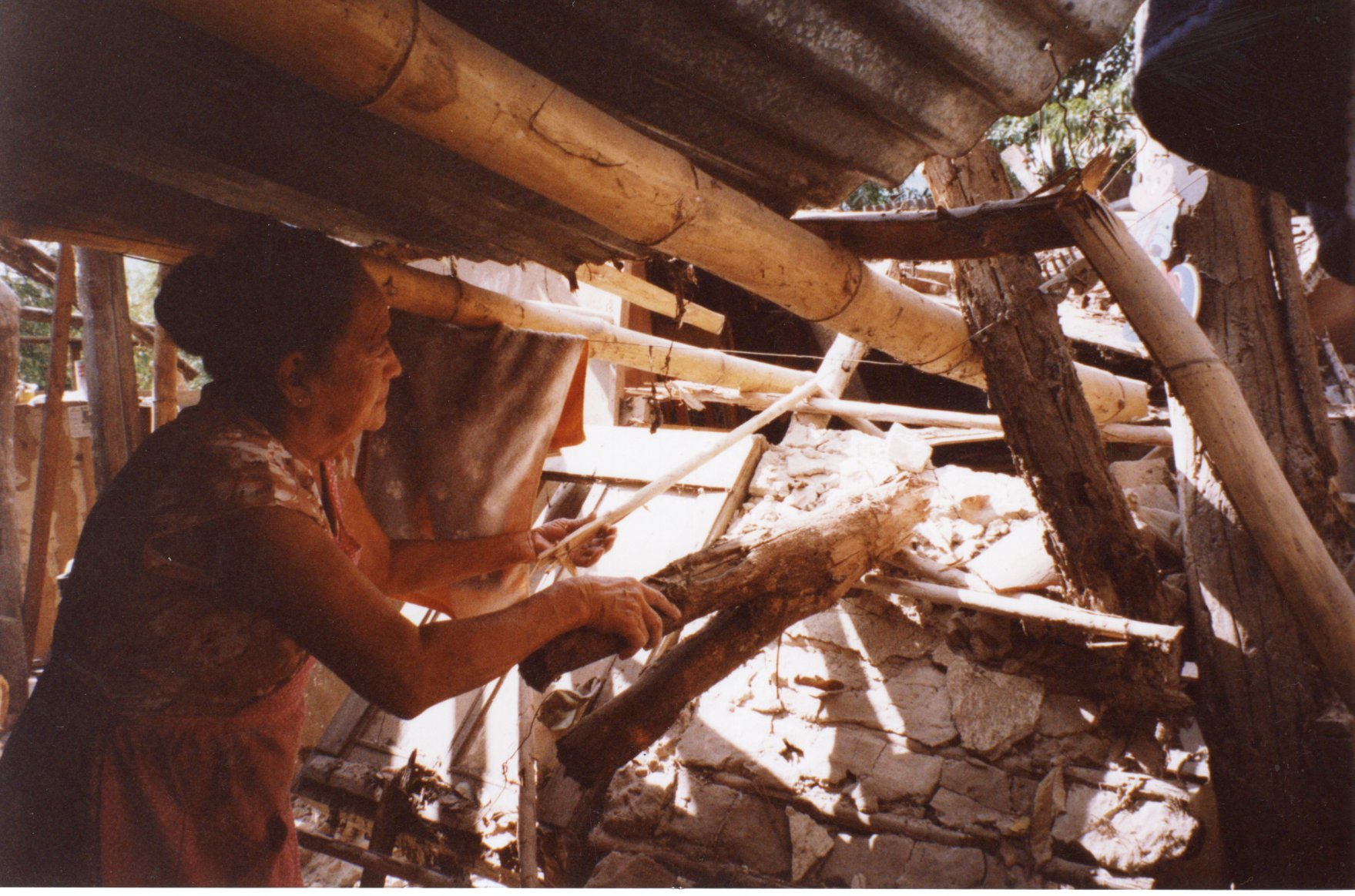 Gigi’s cries for help did not go unanswered. As early as a few days after the first quake in January, a friend delivered warm food for her parish. Salvadorans from other communities came to give what food they could spare. Eventually Church and other relief organizations arrived with additional food aid. Gigi and fellow relief workers packaged bags of rice for people without homes or a means to get fresh food.

In a follow-up newsletter written in May 2001, Gigi wrote that Maryknoll had received many donations for her mission account, all of it going to Earthquake relief. Most of it went to building housing, which was inadequate even three months after the last major quake. The El Salvadoran government created houses made of corrugated zinc for those still without homes. Dubbed “Microwave Houses” thanks to the summer heat, many feared that these dwellings would not be temporary. Thanks to Church and private funds, 23,000 ‘decent’ houses made of concrete were built by October 2001 as a replacement for the “Microwave houses”.

Gigi Gruenke continued her work in El Salvador until 2007, serving the same communities that she helped in 2001. Her experiences serve as an example of how Maryknollers around the world help those in need, no matter the circumstance. 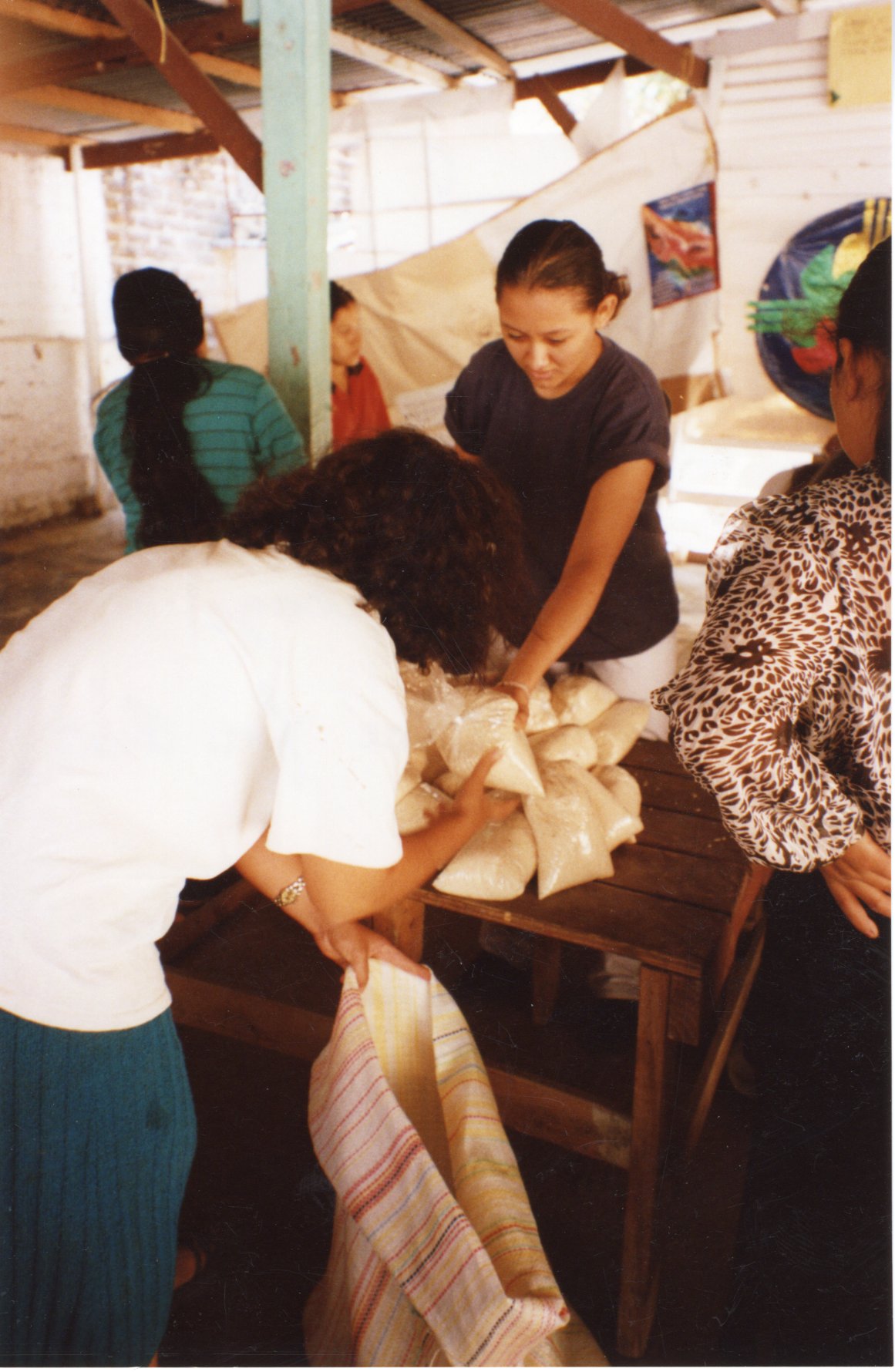