Sing to the Lord a New Song

“Sing to the Lord a new song” is how Psalm 96 begins and it is a fitting way to begin this post.  Mission can take all forms, and for some Maryknoll missioners, that included creating music.  Two such Maryknollers, Brother DePorres Stilp and Father Raymond Sullivan both missioned in Korea, did just that.  The two were profiled in the February 1981 issue of Maryknoll: “Brother DePorres has published a number of Korean religious songbooks and compiled cassettes on which songs are recorded for young people and adults.  With the help of Korean songwriters [Br. DePorres] published the Catholic Community Hymnal with more than 550 songs.  ‘We wanted to provide songs they could sing readily.  The emphasis was on simple melodies and Scripture-related lyrics that could be learned easily.’

“The approach of Father Ray Sullivan, the other ‘Music Man’ among Korean Maryknollers, appeals to another facet of Korean popular interest in music…Father Sullivan writes Korean pop songs.  A few years ago, friends among Korean entertainers asked the missioner’s help in translating Korean songs into English for presentation at international song festivals.  What began then has really caught fire with Father Sullivan.”  [Maryknoll, February 1981]

Father Sullivan helped to create the annual Catholic Pop Song Award Event in Korea and released two albums in the 1980s.  Proceeds from these sales helped victims of Cambodian land mines, Raphael House (a home from the blind and deaf in Seoul, South Korea), and to purchase over 100 hearing aids for deaf children in need.  In 1997, he received special recognition and a trophy from the Korean Pop Singers’ Association for his contribution to music in Korea. 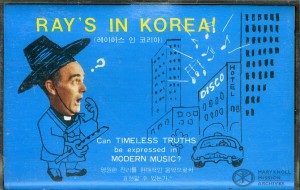 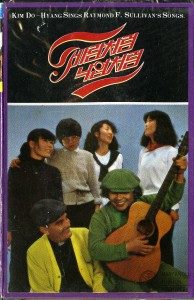 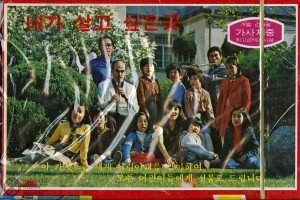 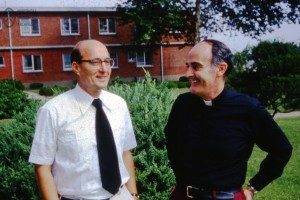 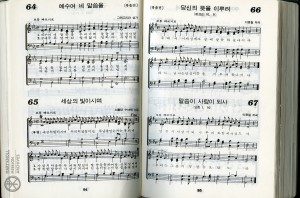