Summer is the time for days spent outside, getting a group of friends together for a baseball game, or enjoying a family picnic.  The Maryknoll Fathers and Brothers and the Maryknoll Sisters are no strangers to fun outdoor activities.  The Society and the Sisters had tennis courts installed on their properties, the Seminarians formed volley-ball teams, and both groups spent time at nearby lakes.

There were even times when the Society and the Sisters came together for an afternoon of fun.  From the Motherhouse Diary on June 18, 1924, “In the afternoon we were invited to a ball game between Maryknoll and the Venard.  The visitors came with an enviable record, but left with a black mark, for our boys won.  Benches for the Sisters were placed upon a parapet overlooking the field.  Umbrellas were appreciated for sunshades, but with the exception of a red silk one, nothing striking was in evidence until Mother [Mary Joseph] and Sister M. Teresa appeared with one of the latest Japanese parasols.  Even the rooters’ eyes were caught by it for all heads turned toward the parapet.” 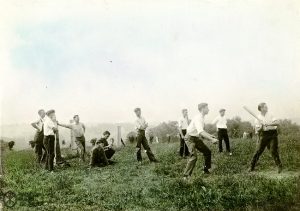 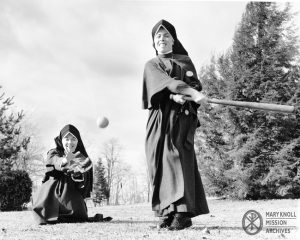 Batters up! Two Maryknoll Sisters enjoying a game of baseball 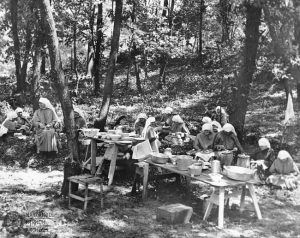 A group of Maryknoll Sisters enjoying a summer picnic, 1930s 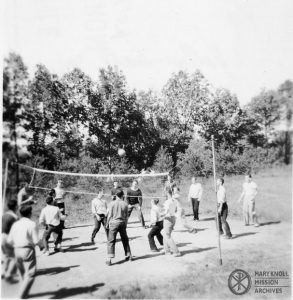 “The Volley-ball Friends Play at Every Opportunity’,” 1925 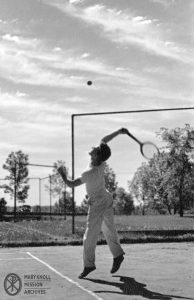 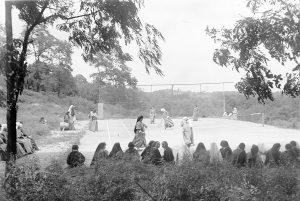 Tennis court at the Motherhouse, 1933 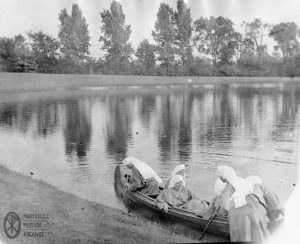 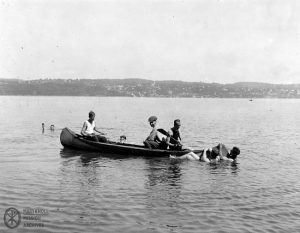 Maryknoll students spending their down time out on the water.