Today (September 1st) is World Letter Writing Day! It is the celebration of a somewhat dying artform and means of communication. In a world that now relies so heavily on communicating through emails and text messages, there seems to be less time to sit down, grab a piece of paper and a pen, and take the time to handwrite a letter to a friend, family member, or reach out to someone you’ve never met.

Writing a letter to a total stranger? That’s actually a huge part of the origin story of World Letter Writing Day. Richard Simpkin handwrote letters in the late 1990s to those he had never met before but who he considered to be legends of Australia. He was thrilled by the handwritten letters he received in response from these legends and was later able to turn this communication into a book called “Australian Legends.” His continued enthusiasm and excitement for this form of communication ultimately led to the creation of World Letter Writing Day in 2014.

In honor of World Letter Writing Day, I thought that it would be interesting to pull a few handwritten letters out of our archives and share them. It is mainly in the earlier years, before typewriters and later computers became the main way to create a letter, that these handwritten treasures were so prominent. Below you will see pens used by Bishop James A. Walsh, co-founder of Maryknoll, and Mother Mary Joseph Rogers, foundress of the Maryknoll Sisters, and two letters that they wrote to one another: 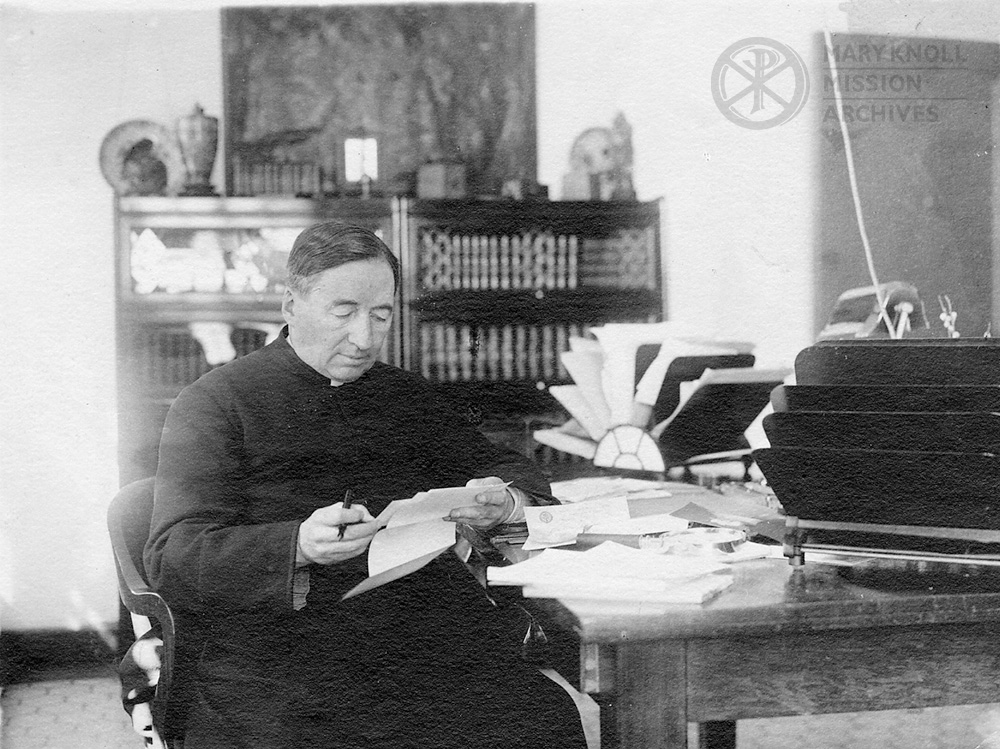 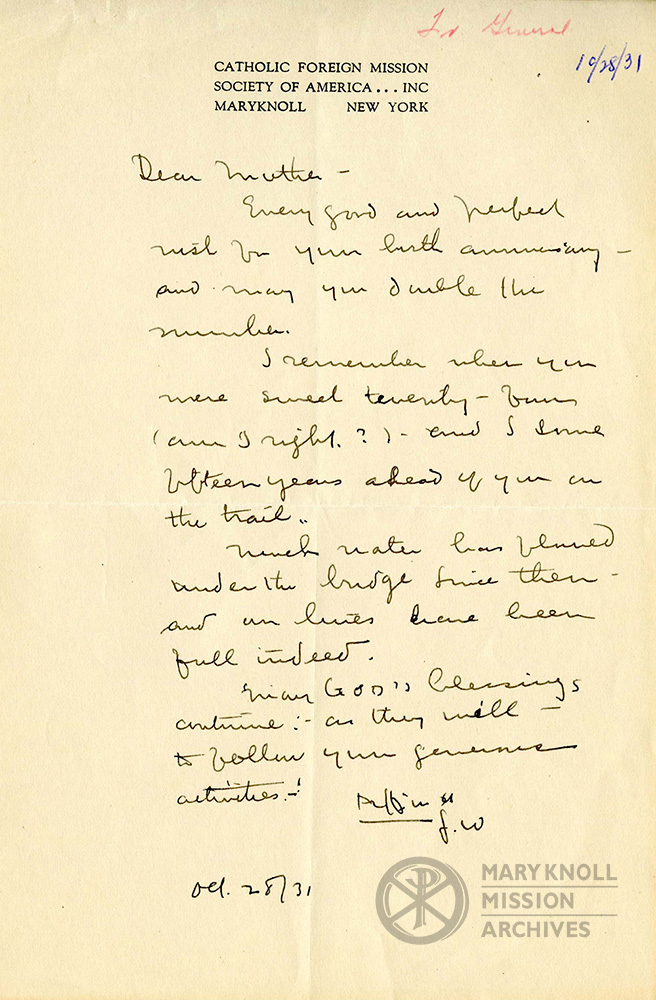 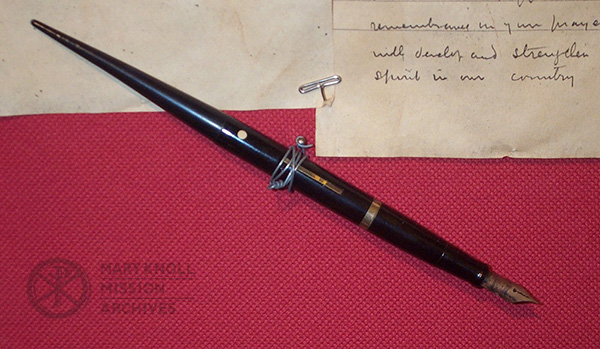 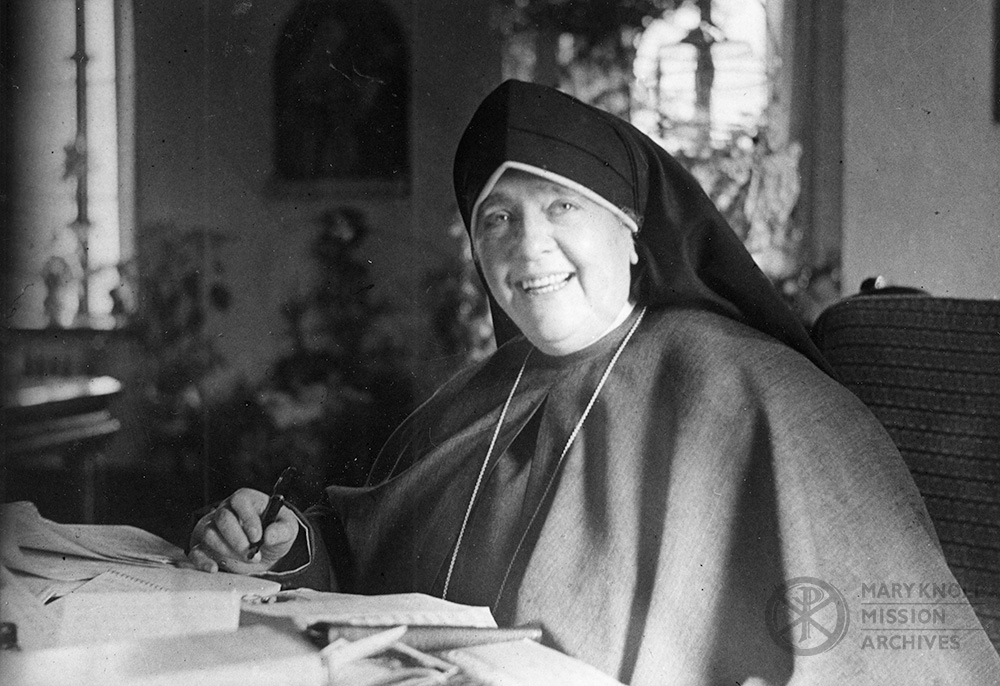 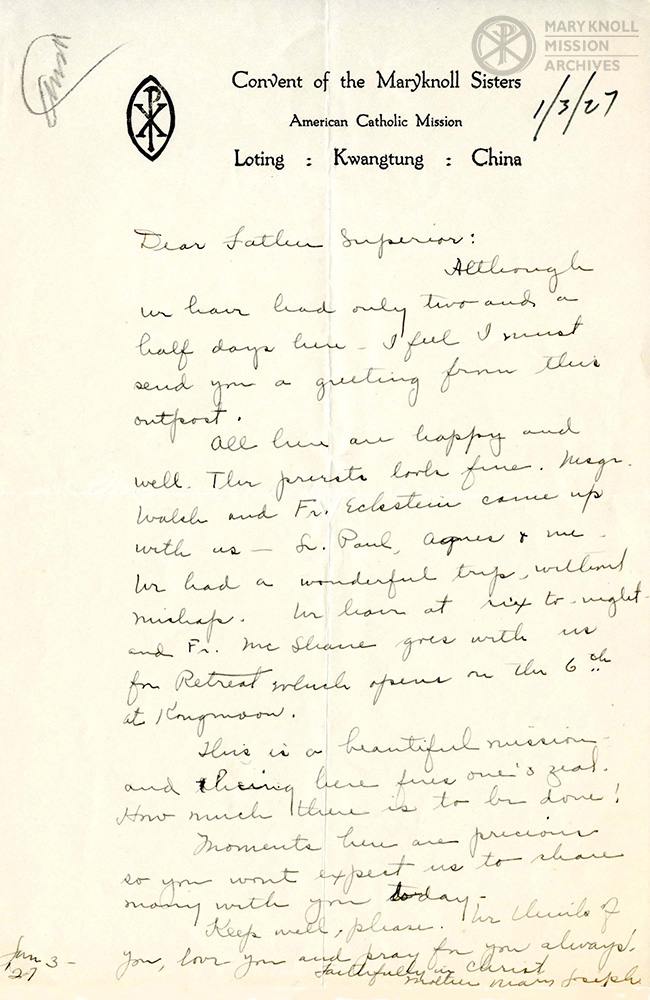 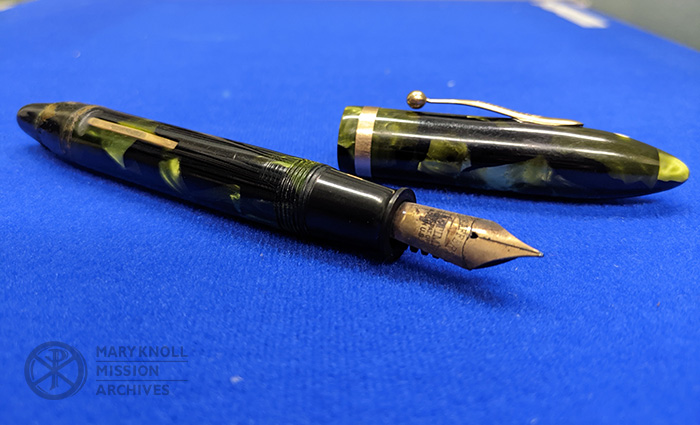 Next you will see two handwritten letters sent from the missions. On the left is a letter written in 1946 by Bro. Gonzaga Chilutti to the Father General of Maryknoll reflecting on his first year of mission work in Bolivia. On the right you will find a letter written on September 13, 1960 by Sr. Gertrude Maley to Edith and her Dad upon returning to Tanzania after a visit home. 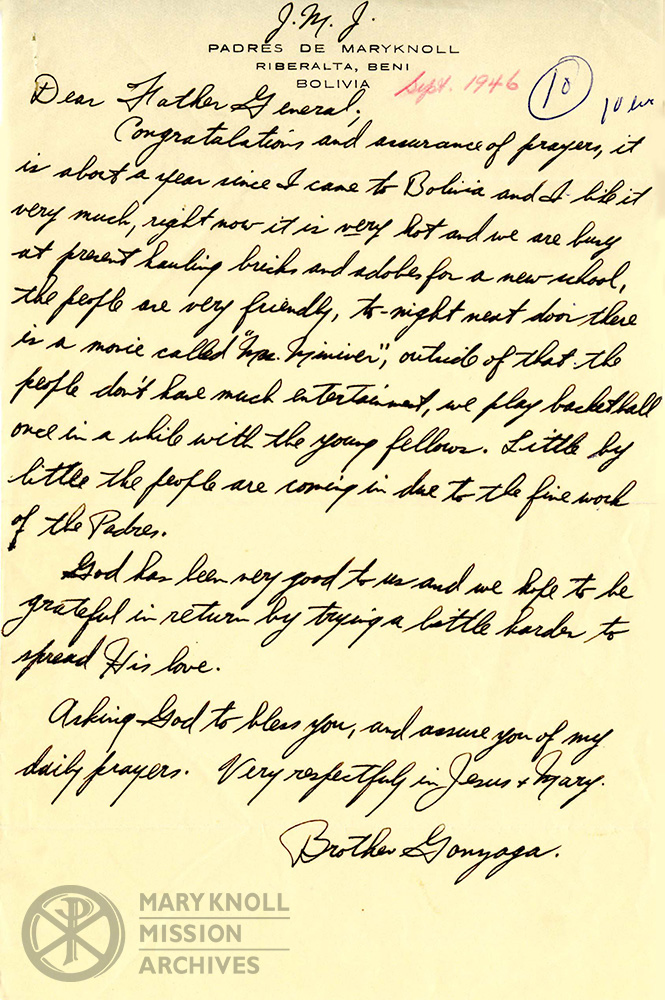 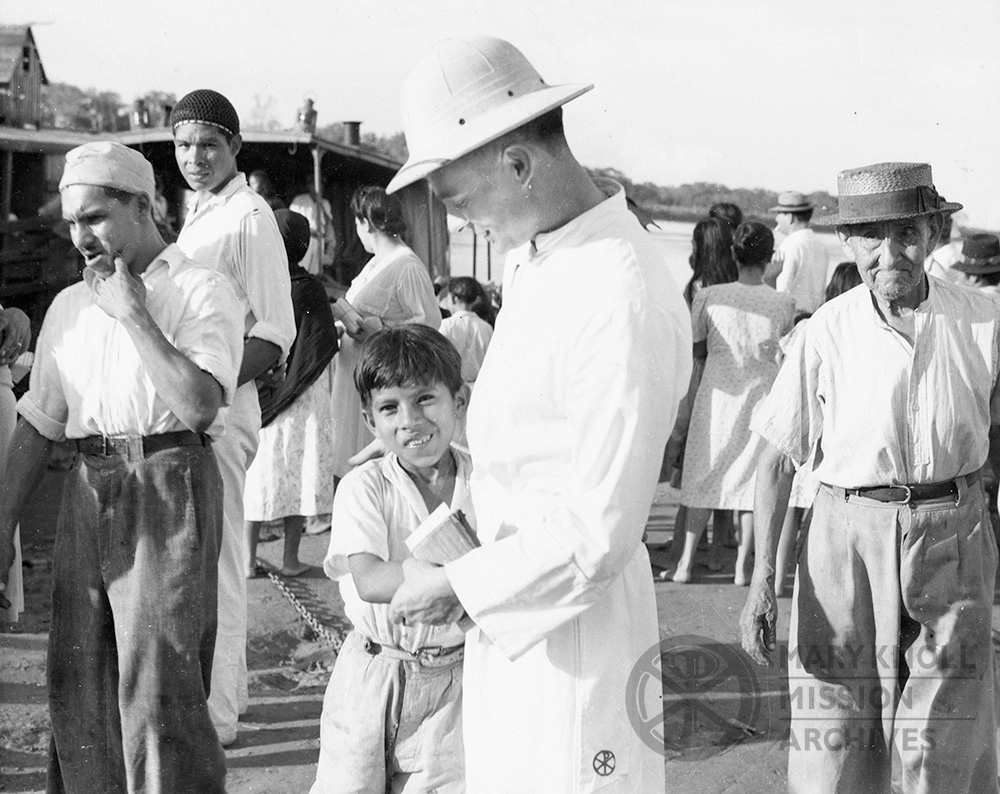 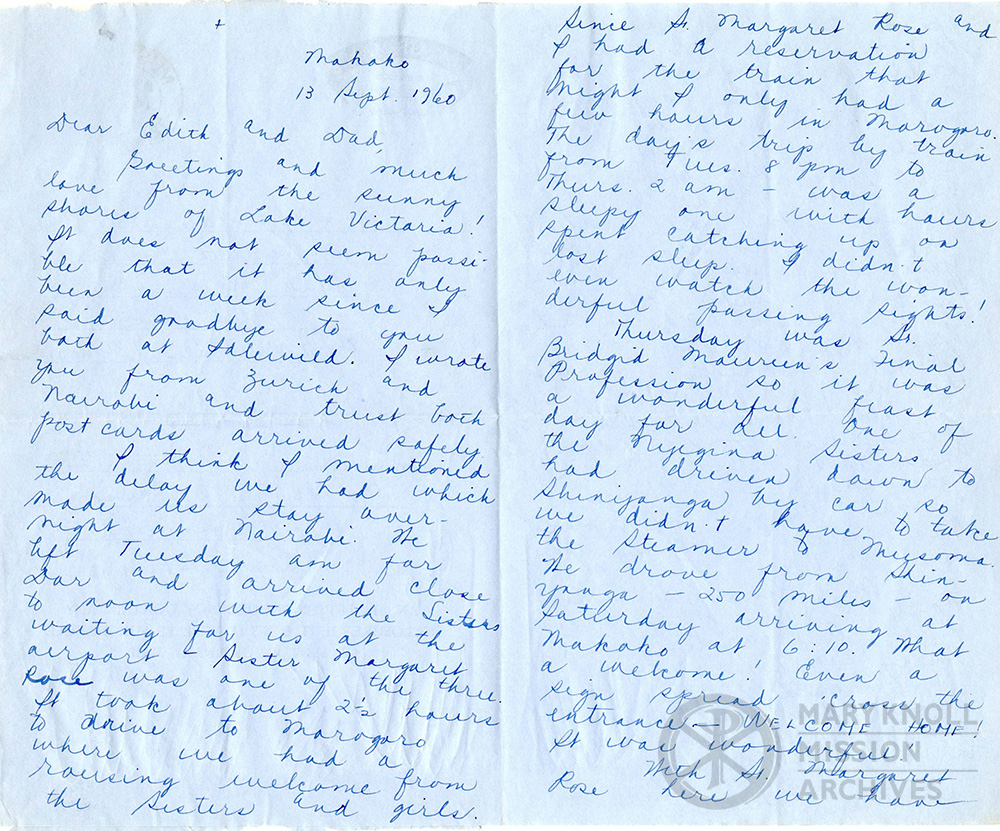 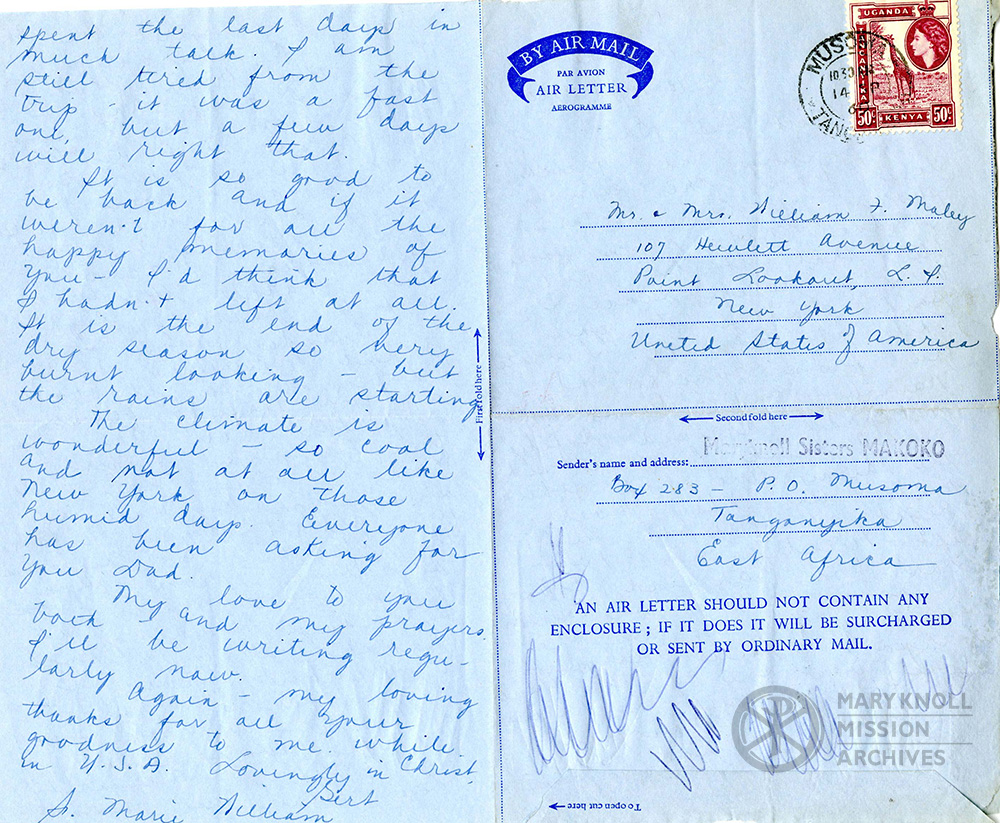 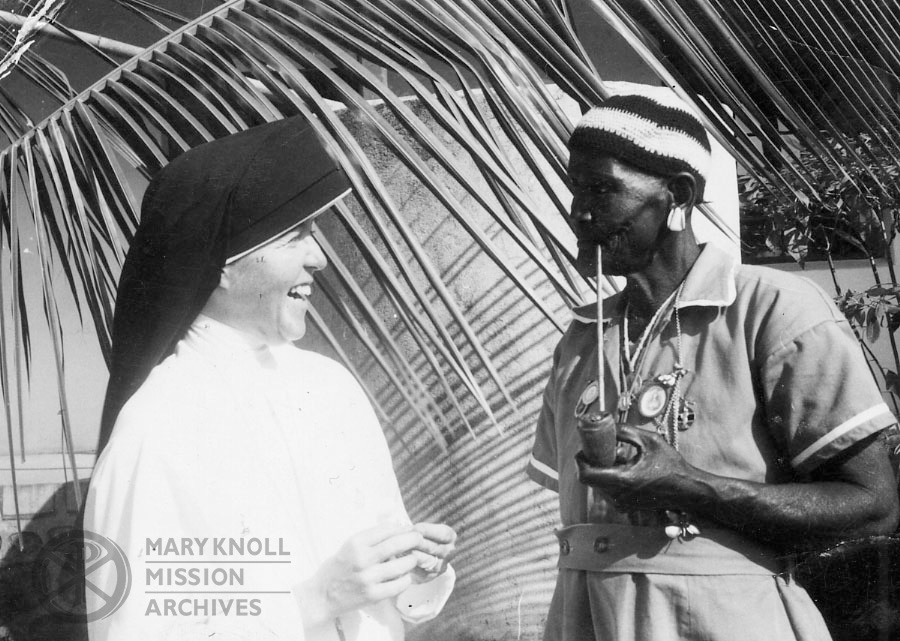 Lastly, you will see two more letters written by Sr. Mary Caritas McCabe and Bro. Felix Fournier. Sr. Mary Caritas’ letter was written to her friend Evelyn on February 24, 1945, just a day after being rescued from an internment camp, Los Baños, in the Philippines. While Bro. Felix’s letter is written to Kay and all from Maryknoll on May 25, 1938 just four days after arriving at Maryknoll to begin his journey here. 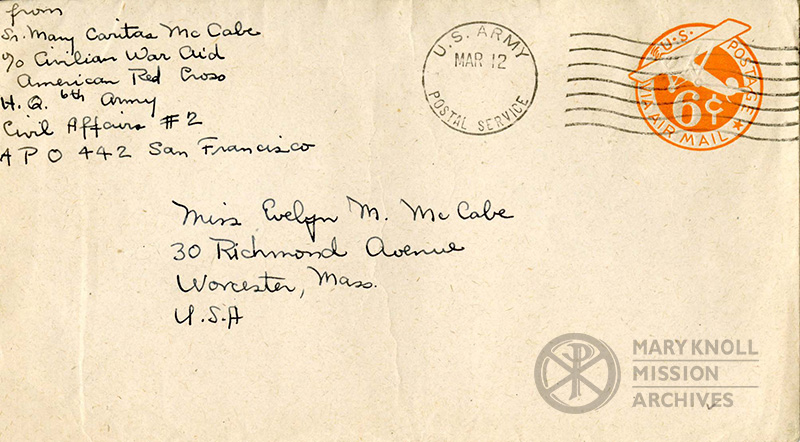 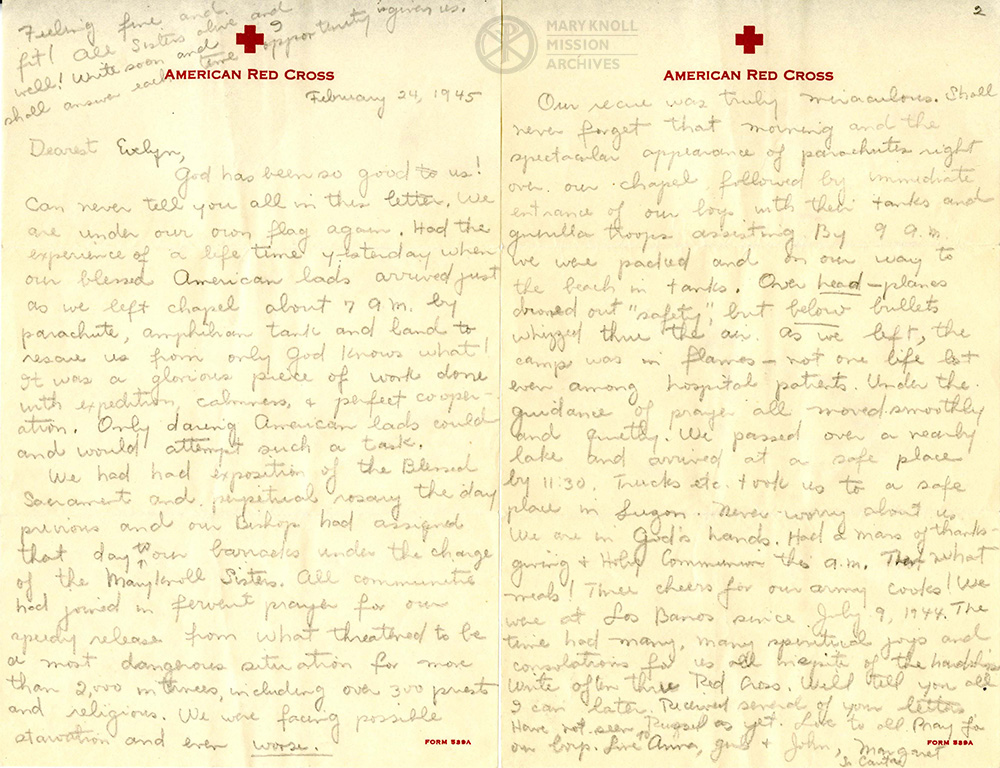 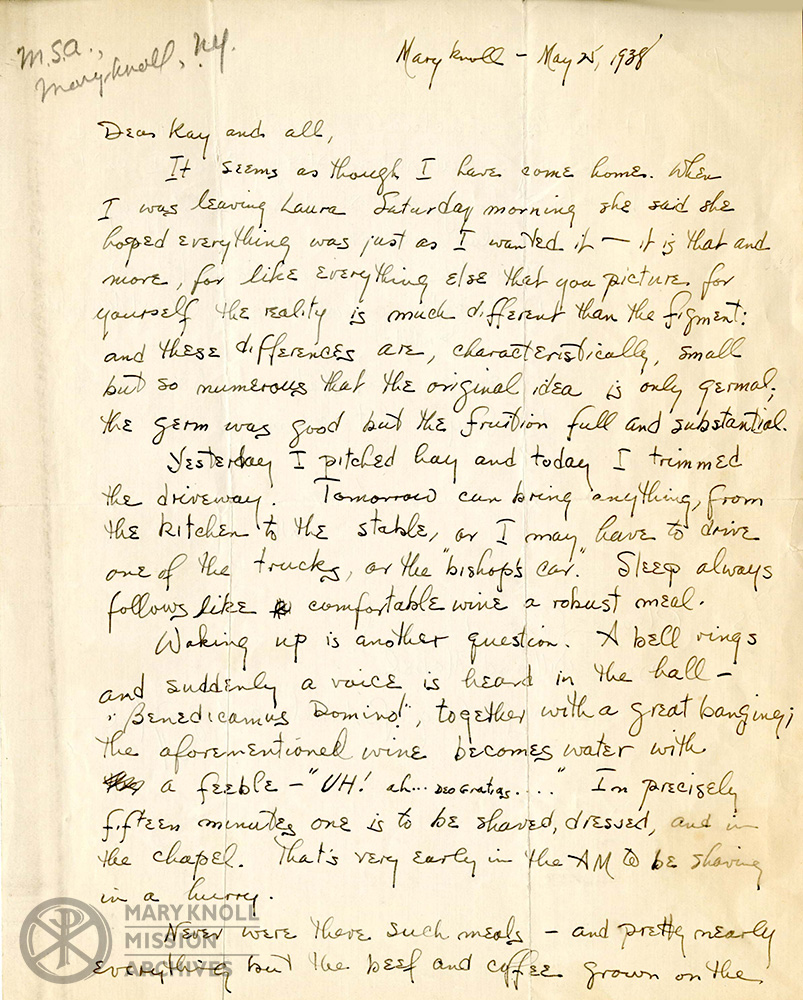 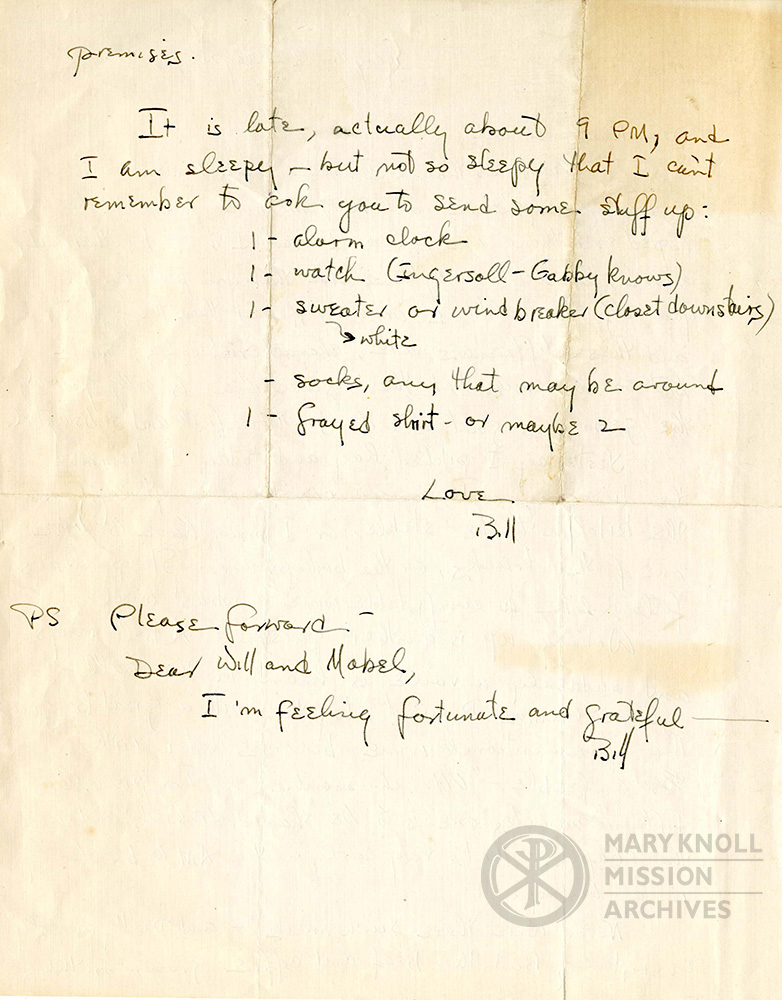 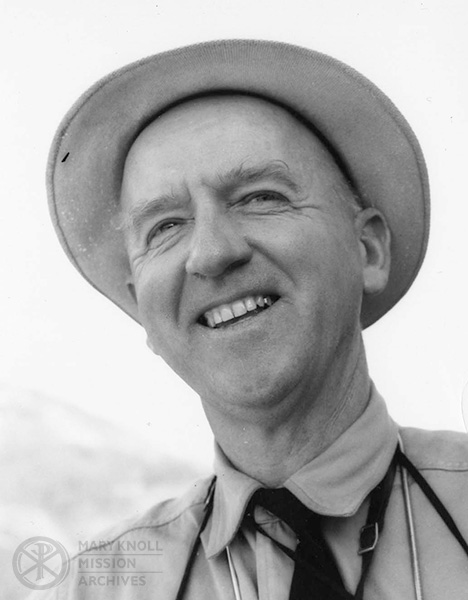