Radio programs have been a key part of Maryknoll’s ministry for more than fifty years. Radio was used to teach people about the Church, politics, languages, community organizing, and more. It connected rural communities and built relationships across countries through education, music, and religion. This month we explore three of Maryknoll’s radio ministries.

Fr. Leo Sommer began Radio San Rafael in Cochabamba, Bolivia in 1961. Radio San Rafael was part of the radio school network of stations across Bolivia. These stations shared educational programming for indigenous and rural Bolivians. In those days, many Bolivians did not complete elementary school. Radio schools allowed them to get a full education without traveling away from home. Radio San Rafael offered programs in reading, Catholic catechism, health, Spanish language, agriculture, history, and more. The Cochabamba diary from April 1966 shows just how much Radio San Rafael shared with its listeners.

“Fr. Leo Sommer, Director of Radio San Rafael, reports that the radio is now broadcasting 17 hours per day, continuous… Work is going ahead on the short-wave station that will be run in conjunction with Radio San Rafael and will cover all of Bolivia. During Holy Week the station broadcast special programs conducted entirely by laymen who explained to the public what the Council Fathers had achieved in their four years of work in Rome [at Vatican II]. Also all of the Holy Week services conducted at the Cathedral were broadcast direct, especially suited for those people from outside the city who couldn’t attend all the services or didn’t have nearby parishes to go to. The alfabetization programs interrupted by Holy Week were resumed afterwards and are continuing on a steady schedule for the remainder of the year.” 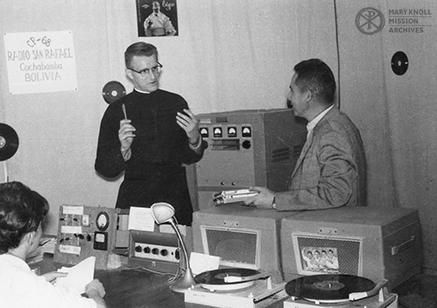 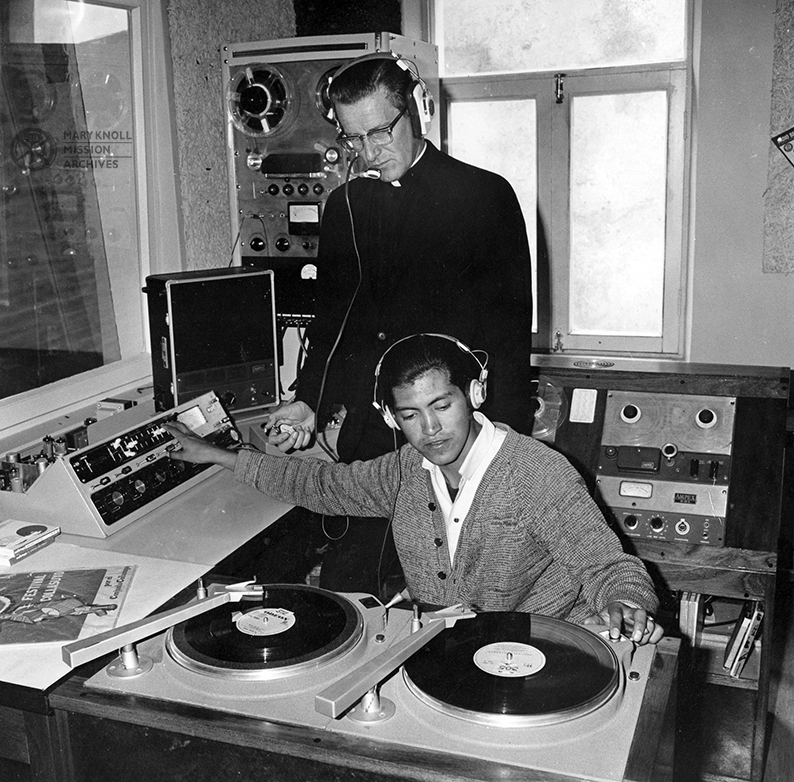 Click on the image to see the 1974 radio schedule

Like their counterparts in Bolivia, Maryknollers in the Philippines were also looking for new ways to connect with people in their missions. In 1964, Fr. Justin Kennedy suggested creating a diocesan radio station for the Prelature of Tagum. His fellow Maryknollers liked the idea. They spent the next six years surveying the Prelature for programming ideas, getting permits, and building radio equipment. They decided the radio station should focus on community development. The Maryknollers believed if rural people had more access to education, they would be better Catholics, better neighbors, and better advocates for their community. Station DXCD officially opened on January 1, 1970. By 1974, radio listeners in Tagum could hear religious programs, popular music, news, everyday advice, soap operas, and more!

Voices of Our World

Maryknoll also used the radio to share its mission at home. “Voices of Our World” was a weekly half-hour radio program featuring stories on human rights, social justice, the environment, and more. The show ran from 1984 to 2013, and was broadcast by dozens of radio stations across the USA. Maryknollers and lay hosts shared stories about the global Catholic Church and Society’s mission work at home and abroad. We invite you to listen to part of a segment featuring Fr. John Hudert, the late director of Pachamama Farm at Maryknoll. Food grown at Pachamama (meaning ‘earth mother’ in the Quechua language of Peru) goes to Westchester and New York City food pantries. 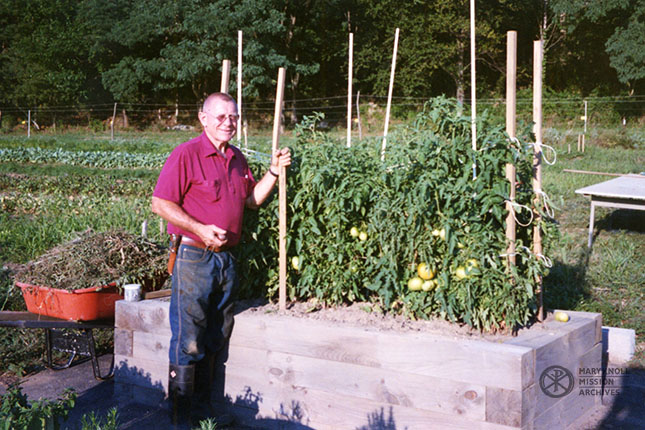